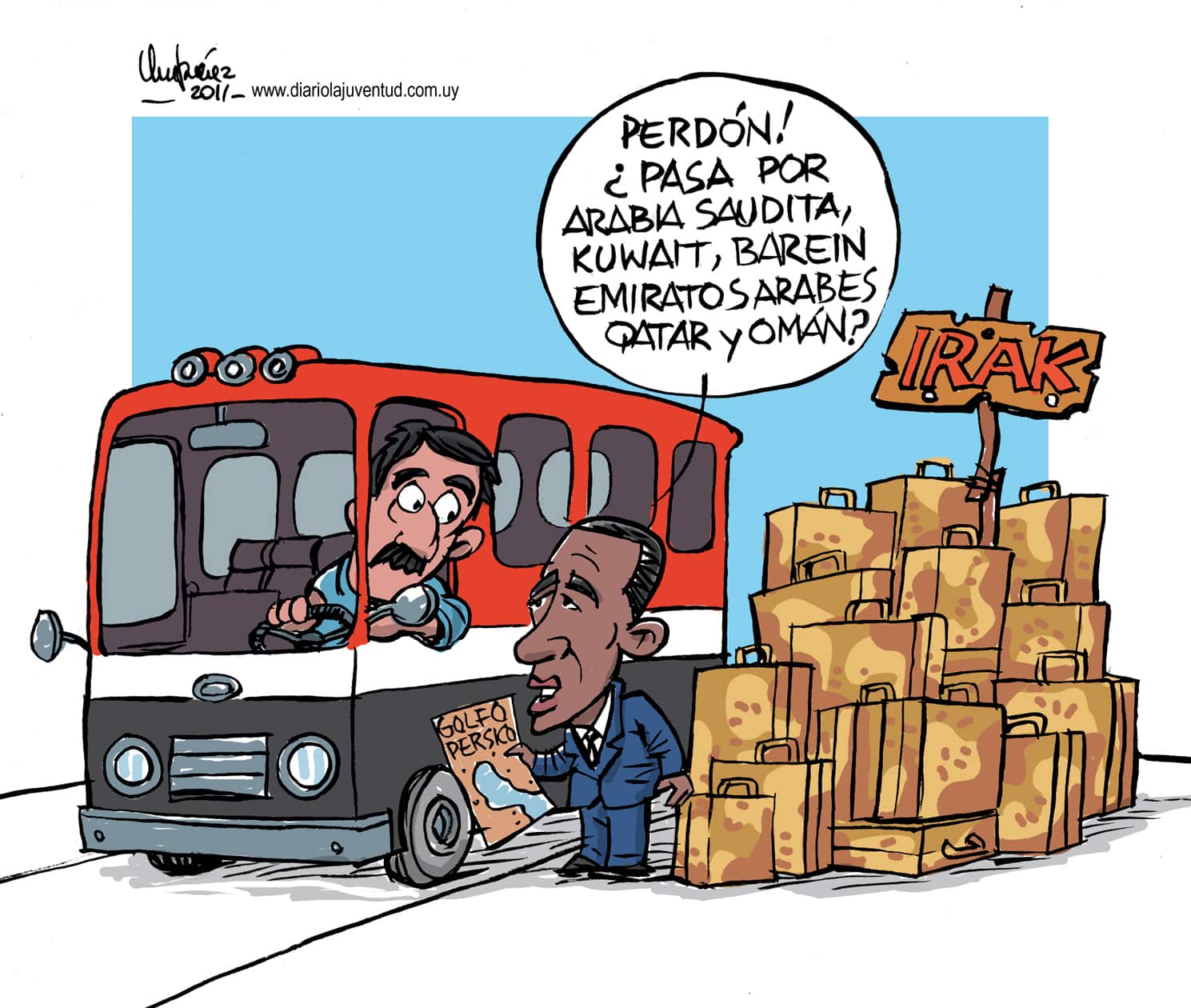 Obama with a map of the Persian Gulf region in hand:
“Excuse me!  Does this bus stop at Saudi Arabia, Kuwait, Bahrain,
the United Arab Emirates, Qatar, and Oman?”

Gervasio Umpiérrez is a cartoonist based in Montevideo, Uruguay.  This cartoon was published on his blog and by Rebelión on 1 November 2011; it is reproduced here for non-profit educational purposes.  Translation by Yoshie Furuhashi (@yoshiefuruhashi | yoshie.furuhashi [at] gmail.com).  Cf. Thom Shanker and Steven Lee Myers, “U.S. Is Planning Buildup in Gulf After Iraq Exit” (New York Times, 29 October 2011).