Fidaaldin Al-Sayed Issa, the Swedish administrator of the Syrian Revolution 2011 Facebook page (11 May 2011): “We have analyzed the IP addresses of our users and about 35% are Syrian residing in Syria, 50% are from the Syrian Diaspora around the world and the remaining 15% are other Arabs in other Arab countries.” 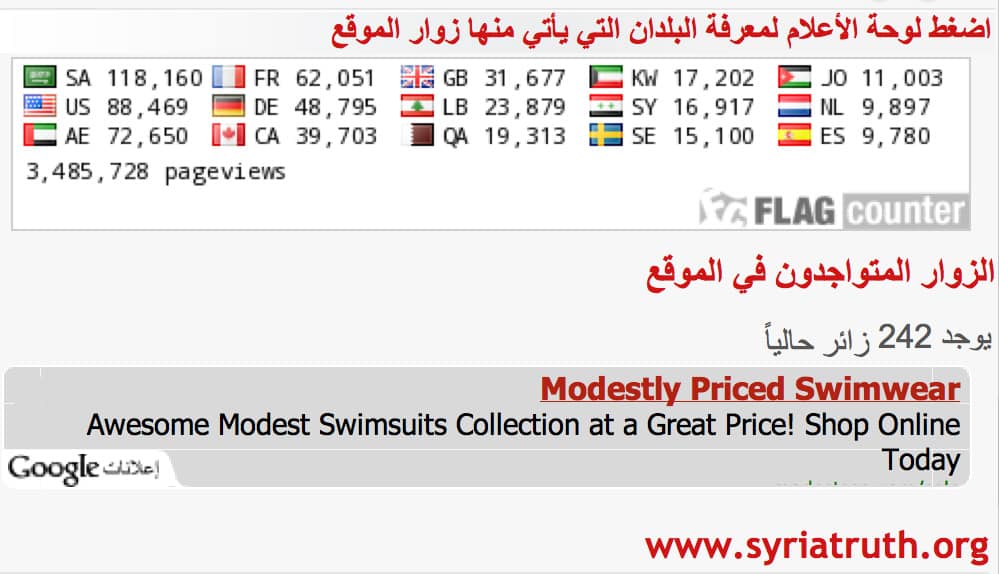 Screenshot of the regional traffic ranks of SyrianRevolution.org according to Alexa (as of 13 August 2011): 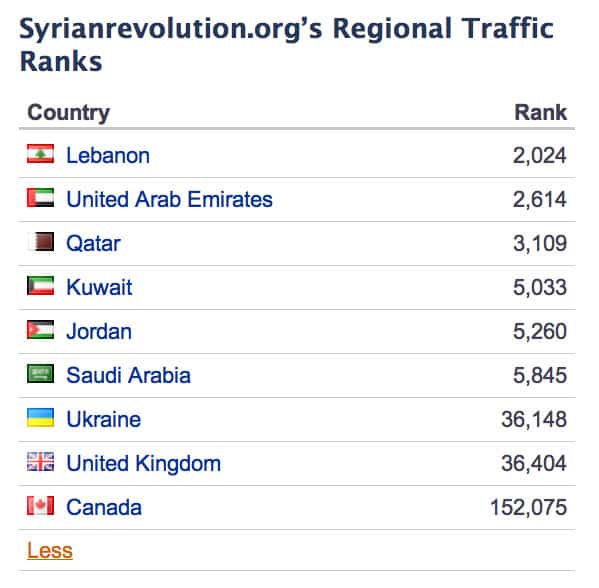 Cf. “Though [Mohammad] Sadeghi [“the 27-year old Iranian-German who administers Mousavi’s official Facebook page”] says he’s addressing green activists in Iran when he posts on Mousavi’s Facebook site, he admits that he doesn’t know what percentage of his followers are even in the country, and the official statistics suggest that the vast majority are abroad” (Cameron Abadi, “Iran, Facebook, and the Limits of Online Activism,” Foreign Policy, 12 February 2010).