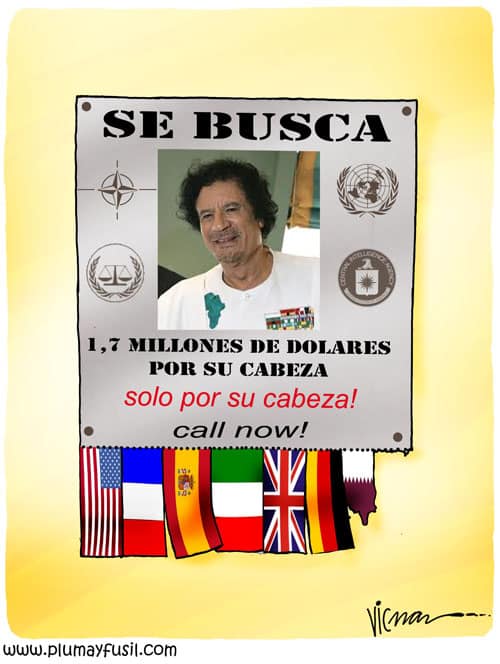 1.7 Million Dollars for His Head
for his head only!
Call Now!

A video uploaded onto LiveLeak on 30 March 2011, captioned as “African Mercenary Harshly Executed by Libyans in Benghazi, Warning: Graphic.”  No evidence exists that the executed man was a mercenary (nor have there been confirmed cases of Gaddafi’s use of private mercenaries, whereas the Libyan rebels’ own use of mercenaries is well documented).