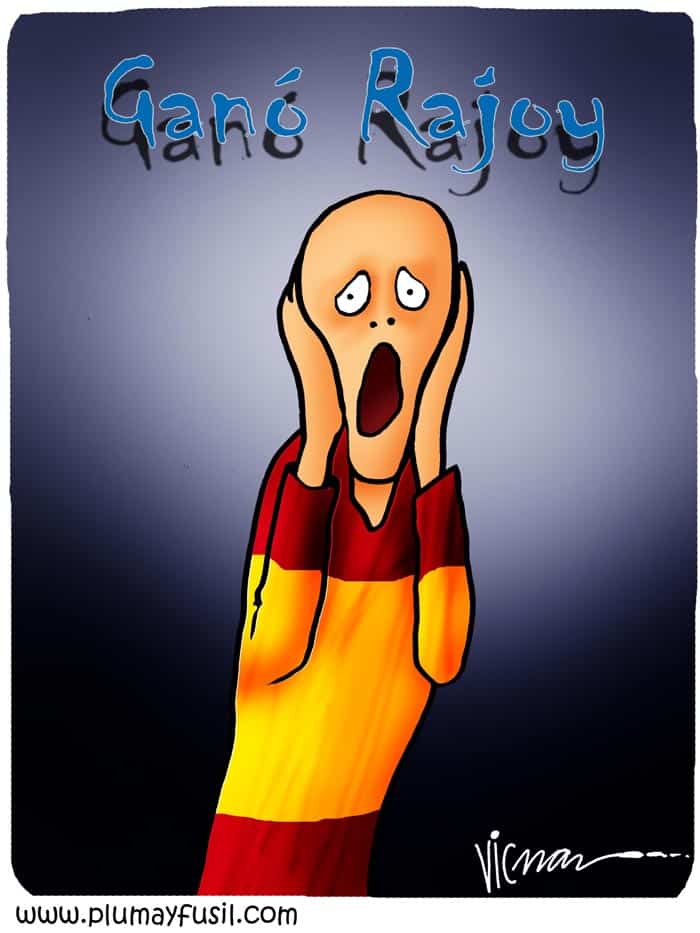 Victor Nieto is a cartoonist in Venezuela.  Cf. “Polls say that seven out of ten voters for the victorious People’s Party do not have much confidence in . . . PP” (Ancelmo Gois, “Direita, volver,” 21 November 2011); “Right away, the risk premium of the Spanish debt rises and the stock market tumbles, which shows that the crisis goes on, the change of government being beside the point” (Emir Sader, 21 November 2011); “As in Portugal and Greece, social democrats apply a tough fiscal adjustment, lose popular support, and hand the government back to the Right.  And still no sign of the horizon to overcome the Right versus Social Democracy two-party system, which has brought European politics to a dead end” (Emir Sader, “Crônica de uma debacle anunciada,” Carta Maior, 20 November 2011).  Translation by Yoshie Furuhashi (@yoshiefuruhashi | yoshie.furuhashi [at] gmail.com).