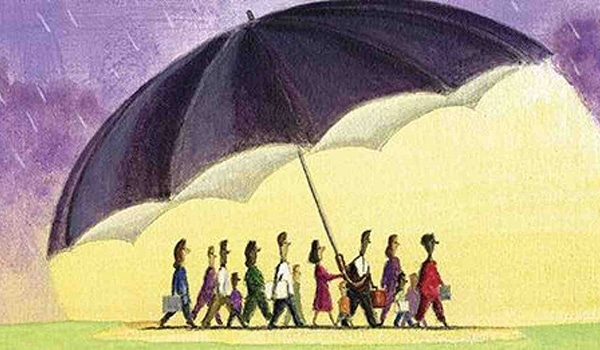 A Facebook friend, Steven Salaita, recently wrote a post about academe arguing that tenure-track professors are kidding themselves if they say they will become more radical once they get tenure. Given Steven’s vicious treatment by the University of Illinois Urbana-Champaign, whatever he writes about higher education is worth reading. I agreed with his post, and I made a long reply. Here, I incorporate what I said into a more coherent commentary.

The first thing to understand about colleges and universities is that they are workplaces. And like all workplaces in capitalist societies, they are organized as hierarchies, with power radiating downward. From the Board of Trustees, to the top administrators, to the tenured faculty, to the tenure-stream faculty, to the vast mass of adjuncts and short-term contract faculty, to the administrative staff, clerical workers, custodians, groundskeepers, and cafeteria employees. Those at the top have as their central objective control over the enterprise, so that their power can be maintained, that revenues from tuition, grants, money from various levels of government, and the like keep flowing in, that the prestige of the college or university grows. And, of great importance, that those below them do not and cannot make trouble by challenging their authority.

To hide the harsh reality, schools will spend considerable sums to maintain the fiction that their primary goal is to ensure that they are places where critical teaching and faculty research are paramount. Of course, some critical teaching and research do occur, but both are subservient to the main objective of control. Colleges and universities are not neutral entities but part and parcel of the reproduction of capitalist society, and in the end their structures guarantee that they operate accordingly. In fact, as David Noble has convincingly demonstrated, our institutions of higher learning have themselves become important sites of capital accumulation.

This is not to say that they aren’t also spaces where resistance occurs. It does, as in the 1960s and 1970s when many campuses were scenes of massive social protests and colleges and universities sometimes became more tolerant of radical viewpoints and left-wing teachers. Faculty began union drives, often successful, especially where teachers were public employees protected by newly enacted state public employee labor laws. Today, there have been valiant efforts by adjuncts, who now teach most college classes, to organize. (See Keith Hoeller’s, “Equality for Contingent Faculty: Overcoming the Two-Tier System”) In addition, concerned students and some faculty and staff have come together to force colleges and universities to deal with rampant racism, sexual assaults, and the like. Such actions have continued with Trump’s election, in support of undocumented immigrants, the divestment of certain stock holdings, and denial of speech platforms for notorious fascists and racists.

However, it would be unwise to overstate the breadth and depth of past and present resistance in our colleges and universities. Their history in the United States tells us that they have never been hotbeds of radicalism. Quite the contrary. Student protests, no matter the scale, and academic unions have never succeeded in eroding managerial control, much less bringing democracy and equality to the groves of academe.

Which brings us back to the question of professors becoming radical once they get tenure. It’s a nice thought. Teachers who have secured the golden ticket have, in effect, a guarantee of lifetime employment. They can be fired only for cause, which usually means particularly egregious conduct. But even this might not get them discharged. They can speak their minds and be obnoxious and antagonistic toward anyone, the president of the college included. They can spearhead protests on campus or off, teach their classes however they choose, do whatever research they please. They can be public intellectuals who brutally criticize the government, denounce every form of discrimination, and champion communism and revolution. They can invite radicals to address their classes and give public lectures on campus. Few workers have such freedom.

And yet, professors rarely exercise the freedoms tenure grants them. I taught for more than forty years, and I knew teachers who espoused radical principles when they were hired. They decided to keep these under the radar but promised to let loose once they earned that coveted job security. I can say from experience that not one of these erstwhile militants did so. Those of us who were troublemakers started that way, and we continued to “stir the pot,” as my Division Chairman accused some of us of doing, after we were granted tenure. For those who kept quiet, the hierarchy they accepted as the price they had to pay to someday be free became internalized. They got used to, habituated if you will, playing it safe. The years of willingly submitting to authority slowly but surely warped whatever radical instincts they once had, so that by the time they got tenure, they were already ruined.

Something important that noted Marxist economist Michael Lebowitz taught me is that the labor process has two outcomes: the making of goods and services and the production of human beings. And just as capitalism produces products that can be sold at a profit, assuring a continuous process of capital accumulation, it also creates the workers it needs for its own reproduction. Workers who will, in effect, actively participate in their own exploitation. In her participant-observer study of a Subaru-Isuzu plant in Indiana, sociologist Laurie Graham informs us that supervisors were able to get workers to time study themselves, doing what Frederick Taylor himself could not do. This is as true on campus as it is on the factory floor, in offices, in retail establishments. Professors routinely acquiesce to employer demands that they be repeatedly assessed, with techniques that imply that student performance and even success in life can be correlated directly to what a teacher does in the classroom. Really, it is no different than when college administrators urge faculty to tighten their belts because better times are coming. Like sheep, they comply, year after year, but those good times never come. Faculty just continue to lose weight. The professor who says, wait until I get tenure and then I will activate my radical heart and soul, is lying. The great day may come, but by then he or she has already seen that fighting the power is bad business. Better to work inside the system, be polite, write an occasional letter of protest, and avoid troublemakers like the plague you have come to see they are. Be a good worker and help train students to follow in your footsteps.

Radical change begins when we first take the time to see what is really going on in our workplaces and the rest of our lives, to grasp that we are being controlled in nearly everything we do by those who have wealth and power. Once we do that, it becomes difficult not to act accordingly, to resist this control and help in whatever ways we can to build a society where no one has arbitrary power over others because we manage our affairs collectively and cooperatively. To always try to put our principles in accord with the IWW motto that “an injury to one is an injury to all,” no matter the institution, no matter the country. We can’t wait until our personal circumstances become more secure. Chances are, today more than ever, that they never will. And if we do wait, we shouldn’t be surprised that we have accommodated ourselves to the needs of the system.