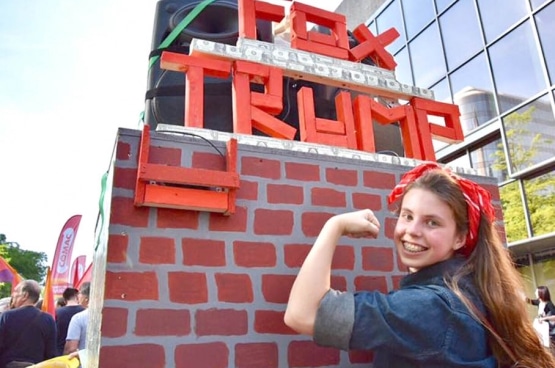 The following interview was first published as “Féminisme | Anja Meulenbelt : « J’ose à nouveau croire que c’est possible »,” in Solidaire, a publication of the Worker’s Party of Belgium (PTB), on July 12, 2017. Translated from the French by James Membrez.

“Feminism is back without ever having left”: that is the translation of the title of feminist and Dutch author Anja Meulenbelt’s latest work, which defends a feminism that unites, is nuanced, and plays fair.

In your analysis, you speak of three main pillars of inequality. What are they? 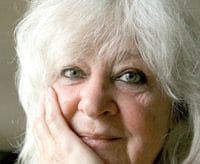 In current feminism, class plays a minimal role. Thus, it is often forgotten that the large majority of women will never get closer to what is called “the glass ceiling.” Or that many women do not earn enough to be able to offload some family responsibilities by paying someone else to do them, unlike women who have made a career. In socialism, there is not enough awareness of the fact that the working class is today composed mainly of women and migrants, who often have jobs that do not easily allow for their self-organization. Feminism and socialism must, in turn, become aware of the fact that the world today is no longer just white. Different movements should draw inspiration from one another and collaborate more.

What are the common challenges?

Anja Meulenbelt: We are confronted by the same important questions. How do we stop the nationalist and populist right that is rising against the left, against women, against all those who are considered “foreigners”? How do we ensure that Muslims are treated as citizens in conformity with our Constitution? There are also major challenges in the area of climate change. If we do not all work together and combine our efforts to achieve a more equitable economic system, we shall all sink together.

Another major challenge is disappearing work. Technological progress, outsourcing to countries with low wages, and the diversion by the wealthiest of financial resources away from production–all of that entails the disappearance of jobs.

Furthermore, we observe that public policies increasingly seek to make elder care, childcare, and care for the unemployed into unpaid work, in other words, work to be undertaken by women, who once again act as a buffer so that everything can stay as it is and the system will not collapse. That clearly shows that the division of labor between men and women is still unequal. Today still, it is mainly women who take on responsibility for unpaid assistance tasks, households, and childcare. And this is one of the reasons why the risk of poverty among women is higher than among men.

To build bridges between movements, but to do what specifically?

Anja Meulenbelt: So that all our efforts will come together and move in the right direction. Here, for example, I am thinking about a redistribution of available work by reducing the work week, restoring social security, and returning superprofits to society. We must also have an international vision and care about the working conditions of people who make our clothes at wages that are much too low. We must also understand that we will never save the climate and the planet by simply reducing our consumption of meat and developing small sustainable projects while the multinationals continue to destroy and pollute the planet, preferably in places where Westerners cannot see what is happening.

You defend a real solidarity with minorities, with women immigrants. Your critiques of the Western sense of superiority are radical…

Anja Meulenbelt: It is time to be more radical again, to be committed to an equitable economic system. The greatest success of neoliberalism is in so arranging things that a large part of the population no longer sees that all these inequalities and injustices are a consequence of the economic system in which we live. Many release their anger and sense of insecurity onto others: Muslims, refugees, women who are not submissive enough….As a result, these persons do not demand what they have a right to demand, namely, that the product of our labor not disappear into bank accounts in Panama, but that it be returned to society, to those who worked for it. That implies an enormous change in our way of thinking and huge efforts not to allow others to sow divisions among us. We must not allow ourselves to be thwarted by politicians who have sold themselves body and soul to neoliberalism, or be confused by the neo-nationalist delusion that wants us to believe that everything will be fine again if our country “remains” white.

Your book ends on a message of hope.

Anja Meulenbelt: Since socialism has taken on a new impetus, above all in Belgium, I dare to believe again that it is possible. Look at all the new feminist initiatives, and the young generations of migrants and black Africans that no longer allow themselves to be pushed around delight me. Trump did us all an enormous favor. His election was such a shock that millions of people went into the street. And to see women in the lead meant a great deal to me as a feminist.

Solidaire is a publication the Worker’s Party of Belgium (PTB). A subset of articles from the website are printed each month in French and Dutch.