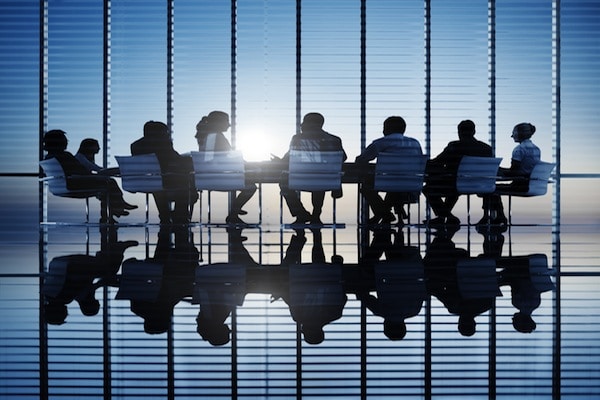 When President Donald Trump let loose at his Tuesday press conference, equating anti-racism protesters with neo-Nazis, it was a big hit with the men who’d taken part in the white supremacist rally in Charlottesville.

But Trump wasn’t just playing to the kind of racist crowd that marches around carrying Tiki torches and waving swastika flags in the streets. He was also sending a signal to those in the executive suites.

Racism has always permeated this country up and down the income scale. And in our era of extreme concentration of economic and political power, emboldening just a few men at the top can be tremendously dangerous.

Mercer, the co-CEO of the $50 billion Renaissance Technologies hedge fund, is also one of three owners of Breitbart News, the outlet Trump strategist (and former Breitbart editor) Steve Bannon has described as a “platform for the alt-right.”

With Mercer’s financial support, Breitbart has become a significant media force. While readership is down from its peak during the election campaign, the site attracted 11 million unique visitors in May of this year.

Breitbart celebrated Trump’s fiery press conference with a red banner headline: “POTUS Comes Roaring Back with Press Smackdown at Trump Tower.” For years now, the site has helped build the base of support for last Saturday’s rampage by posting numerous articles defending symbols of the Confederacy such as the Robert E. Lee statue that was the focus of the Charlottesville rally.

In “Hoist It High And Proud: The Confederate Flag Proclaims A Glorious Heritage,” for example, columnist Gerald Warner lashed out at campaigns to remove flags from government property that represent the forces which declared war on the United States to protect the institution of slavery. These anti-flag efforts, Warner declared, were part of a liberal agenda of “cultural genocide.”

Trump’s press conference performance helped legitimize Breitbart and its co-owner Mercer, who gave $15.5 million in support of the president’s election campaign, according to the Center for Responsive Politics.

Billionaire venture capitalist Peter Thiel is another close Trump ally who doesn’t seem to mind hobnobbing with the alt-right. According to the New York Times, Thiel donated $1.25 million through a combination of super PACs to Trump’s campaign and served on his transition team. The former Paypal CEO made a fortune as an early investor in Facebook and today Forbes estimates his net worth at $2.7 billion.

According to The Economist, Thiel’s early political activism involved crusading against efforts to promote multiculturalism and diversity at Stanford University. Then in a 2009 essay for the Cato Institute, he declared that he no longer believed that “freedom and democracy are compatible” and lamented the extension of voting rights to women because they tend to not lean libertarian.

And so it’s hardly surprising that Thiel felt comfortable accepting an invitation to speak at a September 2016 conference in Turkey hosted by the ultra-right Property and Freedom Society. According to the Southern Poverty Law Center, the annual confab has often featured white nationalists, including Richard Spencer, one of the stars of the Charlottesville rally. Thiel canceled this speaking gig around the time of his address to the Republican National Convention. But he did find time to attend the DeploraBall, a gathering of far-right activists and conspiracy theorists during Trump’s inauguration. In the wake of the Charlottesville catastrophe, Thiel has declined to respond to media requests for comment.

Another Wall Street mega-billionaire, hedge fund tycoon Daniel Loeb, has been doing his part to normalize white supremacist rhetoric in 2017 America. Twice now he’s gone on record attacking teachers union leaders and politicians opposed to charter schools by claiming they’ve done more to harm people of color than the KKK. Yes, in his mind supporting traditional public schools is worse than lynching. Loeb also once used the Yiddish slur for blacks, “schwarze,” to refer to a competing CEO who happened to be of Indian ancestry.

Unlike Mercer and Thiel, Loeb is not a close ally of Trump, but he’s a major political player in New York state. In a recent commentary, Zakiyah Ansari, of the Alliance for Quality Education, and Jonathan Westin, of New York Communities for Change, called for New York political leaders, including Governor Andrew Cuomo, to give back the hundreds of thousands of dollars in donations they’ve received from Loeb.

“When racism is not met with an immediate rebuke, it is legitimized and seen as acceptable behavior, especially for white men who are wealthy and well connected,” Ansari and Westin wrote.

By praising the many “fine people” who were “innocently protesting” as part of the white supremacist rally in Charlottesville, Trump sent a dangerous message to the thugs in the streets — and to those at the top of American society who wield much more power.