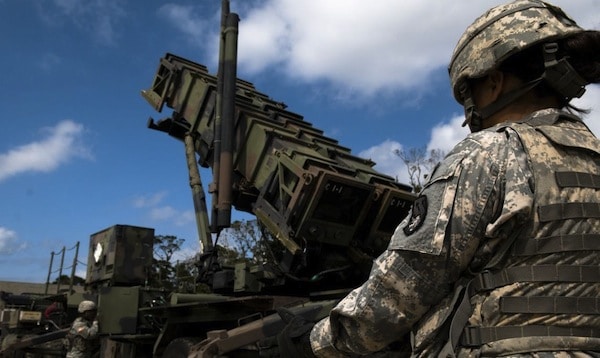 You may like Donald Trump or not but he will go down in history as the President who made decisions of fundamental importance for his country and the world. Nobody else but Donald Trump will determine the configuration of U.S. future nuclear arsenal, which is to go through massive modernization. Modernizing the U.S.’s entire nuclear arsenal would cost $400 billion by 2026, according to a figure released by the Congressional Budget Office. The United States will modernize nearly every part of its nuclear arsenal, including replacement warheads, upgraded command-and-control systems, and other improvements across the strategic triad. Kicked off in April to be finished by the end of the year, the Nuclear Posture Review is underway and the final decisions are to be taken during the Donald Trump’s tenure.

The issue is being debated, with new visions presented and new proposals put forward. Concerned over America “fallen behind on nuclear weapon capacity,” the Supreme Commander-in-Chief wants the U.S. to stay at the “top of the pack.” The U.S. Air Force is studying the options for “variable yield” bombs – nukes that can be dialed down to blow up an area as small as a neighborhood, or dialed up for a much larger punch.

Air Force Gen. Paul Selva, the Vice Chairman of the Joint Chiefs of Staff, believes that the future of nuclear deterrence lies, at least in part, in smaller nuclear weapons that the United States might actually use. “Whether we do it with a ballistic missile or re-entry vehicle or other tool in the arsenal, it’s important to have variable-yield nukes,” he said. Speaking at the Air Force Association’s Mitchell Institute at the Capitol Hill Club on August 3, the U.S. number two military leader confirmed that as part of the Pentagon’s ongoing nuclear posture review, it is looking at a new generation of low-yield “mini-nukes” in order to ensure that the threat from America’s nuclear arsenal remains credible.

He thinks a conventional response to a nuclear strike would not be sufficient to deter the attacker. It’s not tactical or battlefield weapons the general is talking about but rather munitions with explosive force increased or reduced electronically through a dial-a-yield (variable yield) system. This combination of accuracy and low-yield will make them the most usable nuclear weapons in America’s arsenal to ensure global domination.

The threat of mutually assured destruction doesn’t work against smaller nations, such as North Korea and Iran, in the way that it used to against Russia or China. The U.S. needs to be able launch a nuclear attack on an adversary without global consequences.

In December, the Defense Science Board urged the Pentagon to incorporate low-yield and variable-yield reentry vehicles into future ICBM designs. The Air Force had not yet made a final decision on that. Discriminate employment options could be provided by a suite of low-yield, special-effects warheads (enhanced radiation, earth penetration, electromagnetic pulse, and others), including a shorter-range cruise missile that could be delivered by F-35s.

Variable yield with in combination with great accuracy means less destruction. But there is the reverse side of the medal. The smaller yields and better targeting can make the arms more tempting to use — even to use first, rather than in retaliation. Gen. James E. Cartwright, former Vice Chairman of the Joint Chiefs of Staff, believes that “what going smaller does,” he acknowledged, “is to make the weapon more thinkable.” The Federation of American Scientists, has also argued that the high accuracy and low destructive settings meant military commanders might press to use the bomb in an attack, knowing the radioactive fallout and collateral damage would be limited.

So, the introduction of low yield accurate weapons (the nuclear utilization target selection – NUTS) asserts that such a thing as a limited nuclear war does exist and it is possible for a limited nuclear exchange to occur. So, the door is open for introducing nuclear warfare into local conflicts, such as Syria, Iraq, Yemen, you name it. But a tiny nuke still has a larger impact than any conventional massive ordnance air blast (MOAB). The temptation to use more here and there will be irresistible to gradually turn the planet into a wasteland. Mutual mass destruction would occur at a slower rate, but it would still happen as mini-nukes gradually create the same amassed yield as normal nukes.

Congressional critics say the proliferation of such weapons would bring less, not more security. “I have no doubt the proposal to research low-yield nuclear weapons is just the first step to actually building them,” Sen. Dianne Feinstein, D-Calif., told Roll Call in February. “I’ve fought against such reckless efforts in the past and will do so again, with every tool at my disposal.”

There is another aspect of the problem. The introduction of variable yield weapons will provoke Russia, China and other nuclear powers into taking similar measures. Uncontrolled arms race will start. The plans to equip the delivery means with variable yield munitions never mention the problem of arms control, probably because the process is uncontrollable. Small size, variable yield warheads could be installed of a wide range of delivery means to make verification impossible. It will put an end to all hopes for saving the arms control regime which is being eroded to put the world back to the brink of nuclear war where it had been before the Partial Nuclear Test Ban Treaty was signed in 1963. All the efforts applied to make the world safer will go down the drain. President Trump can prevent that from happening.