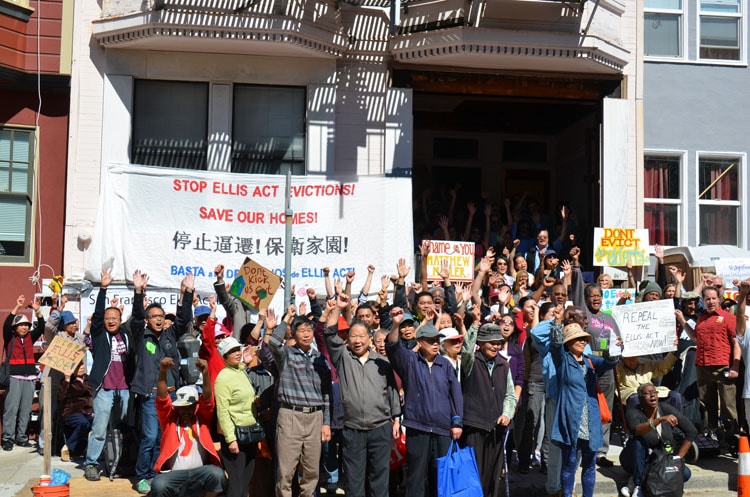 The following graphic from HowMuch puts into sharp relief the difficulties most workers face trying to live a decent life. Drawing on a number of databases, the graphic illustrates, by city, the amount of money a “typical American working-class family” would have at year’s end assuming “a reasonable standard of living.” 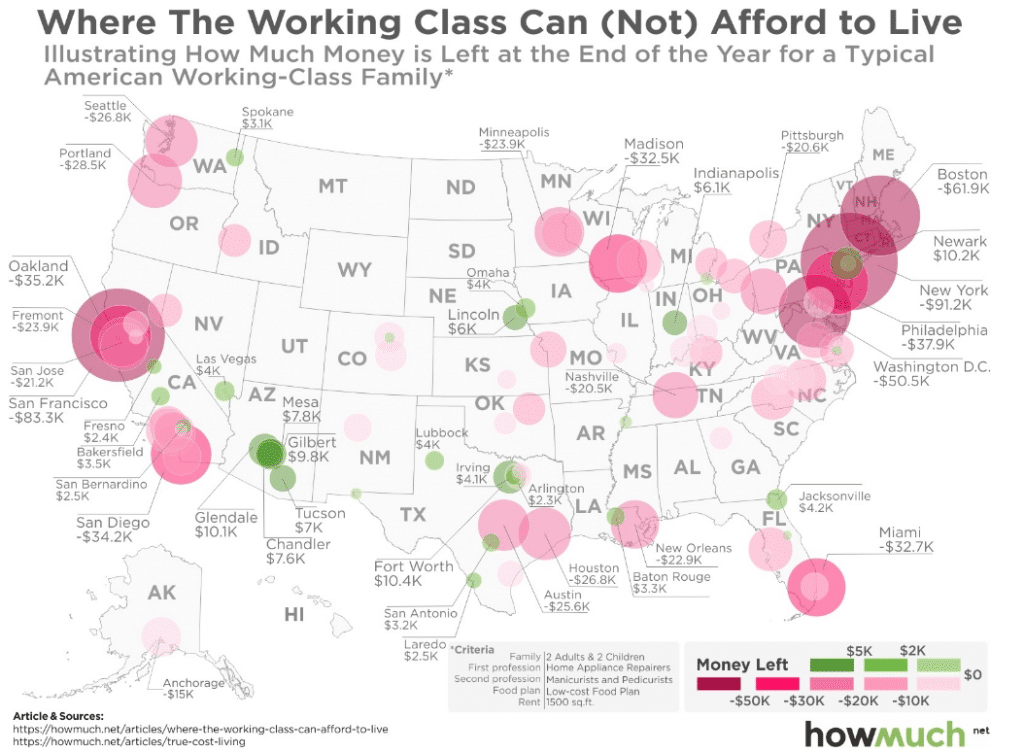 The national conversation in the U.S. is focused squarely on improving the lives of people in the working class. The debate revolves around exactly how to do that. Politicians and pundits have all sorts of ideas, from efforts to save jobs, create tax cuts, subsidize housing, and provide universal healthcare. Thing is, people don’t even agree on how to define the working class, much less how their living conditions stack up across the country. We created a data visualization to illustrate this complex situation.

As the site explains:

Each bubble represents a city. The color corresponds to the amount of money a typical working-class family would have left over at the end of the year after paying for their living costs, like housing, food and transportation. The darker the shade of red, the worse off you are. The darker the shade of green, the better off you are. The size of the bubble also fits on a sliding scale—large and dark red means the city is totally unaffordable. Bigger dark green bubbles likewise indicate a city where the working class can get by.

The site defines its typical American working-class family as having four members: two adults (both in their 30s) and two children (ages 4 and 8 years).  The adults, who work full-time, have salaries equal to the median city earnings of their assigned professions, home appliance repairer and manicurist.  The family lives on a Department of Agriculture low-cost food plan and rents a 1500 square foot apartment.

It turns out that in only one of the ten largest American cities would it be possible for a working-class family to enjoy a decent standard of living without taking on debt: San Antonio.  Only 12 of the top 50 largest cities would be affordable.

Here are the five worse cities (from a financial perspective) and the debt that would be required for the family to achieve the target standard of living:

As Raul, the author of the page notes: “You read that correctly. The typical working-class family would need an additional $91K+ per year in New York City just to break even on a reasonable standard of living.”

Of course, workers can’t run up such debts.  So, they do what they have to do to survive—they abandon any hope of having a reasonable standard of living.  They move far from their workplace and travel long distances to work, seek additional employment, economize further on meals, place their children in less than ideal day care situations, and crowd into small apartments, all of which take their toll.

And with wages continuing to stagnate, the Trump administration determined to slash spending on social services and roll back workplace protections, and a recession looming, the struggle for a decent life is not going to get easier.