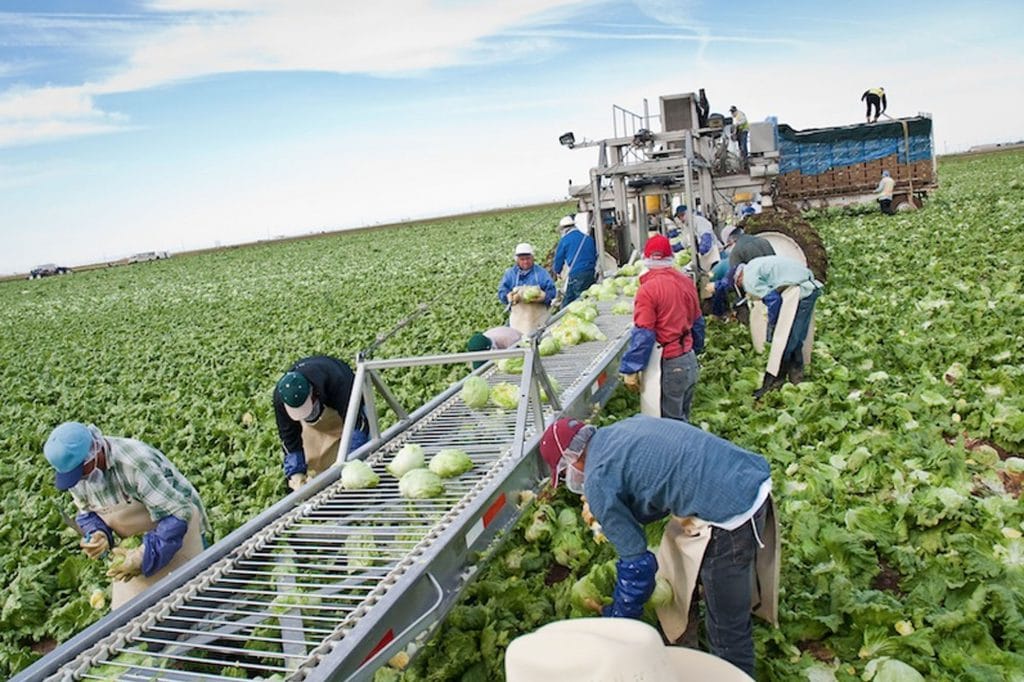 It’s now more than three decades since Congress created employer sanctions, a feature of the 1986 Immigration Reform and Control Act that imposes fines on employers who hire undocumented workers. The measure’s proponents said the sanctions would slow unauthorized immigration by removing the “job magnet” thought to be drawing migrants to the United States. The House Education and Labor Committee wrote at the time that by reducing the number of undocumented workers the measure would limit “the depressing effect on working conditions caused by their employment.”

If that was the goal, employer sanctions have been a spectacular failure.

Clearly there was no decline in unauthorized immigration. As Yale Law School professor Michael J. Wishnie noted in 2007, an estimated 4 million undocumented immigrants were living here when employer sanctions became law, and nearly 3 million of them gained legal status through an amnesty provision, another part of the Immigration Reform and Control Act. Twenty years later the unauthorized population had ballooned to about 12 million. And instead of reducing the “depressing effect” caused by the employment of undocumented workers, the measure seems to have made it worse by driving down the immigrants’ wages.

In an article in the July issue of the Russell Sage Foundation Journal of the Social Sciences, Center on Policy Initiatives research director Peter Brownell analyzes what sociologists and economists call the “wage penalty” for working while out of status, the difference in pay for unauthorized immigrants and authorized immigrants with the same human capital (such as education, experience and English proficiency). Brownell estimates the wage penalty for undocumented Mexican workers at about 11.5 percent. (This is in line with other estimates, which find a range of 6 percent to more than 20 percent.)

Brownell writes that this difference in pay emerged mostly after the start of employer sanctions, which he argues were a major factor in lowering the Mexicans’ wages.

Employers have always had one major advantage over undocumented workers—the possibility of reporting them to immigration authorities if they decide to demand a raise or to join a union. The sanctions heightened this advantage by making unauthorized work illegal, thus providing a pretext for workplace raids. In addition, the law gave employers a useful tool in the Form I-9 that new hires were now required to fill out in order to certify that they were authorized to work. Unauthorized workers often present false information and documents that look good enough for the employer to accept but bad enough to arouse the employer’s suspicions. This can provide an excuse later on for notifying the immigration authorities if undocumented employees start exercising their labor rights. (A 2010 article by labor journalist David Bacon and University of San Francisco School of Law professor Bill Ong Hing gives more examples of ways employers can circumvent or exploit the sanctions.)

It’s true that employers risk a fine if they purposely overlook problems with their workers’ papers. But the rewards are often more than enough to offset the risk.

Brownell makes a rough estimate of the total savings for employers through the direct exploitation of undocumented workers: he puts it at more than $10 billion each year.

Many claim that employer sanctions could still be made to work—by stepping up enforcement efforts, for example. But even if tinkering with the sanctions would actually be effective, which is questionable, the fact is that we’d be pouring still more money and other resources into halting a phenomenon that no longer exists. The rise in unauthorized immigration that started in the 1970s has long since ended. Far from increasing, the undocumented population has stabilized; it has even declined slightly since 2007. And there’s no sign that the causes of this drop-off—a lower birth rate in Mexico and the economic stagnation here since the Great Recession of 2007-2009—will go away any time soon.

The AFL-CIO was one of the main supporters of employer sanctions back in 1986. It only took 13 years for the labor federation to learn its lesson: in February 2000 it officially called for the elimination of the policy. Another 17 years have now passed, and the case against the sanctions has only grown more solid. So what are we waiting for?