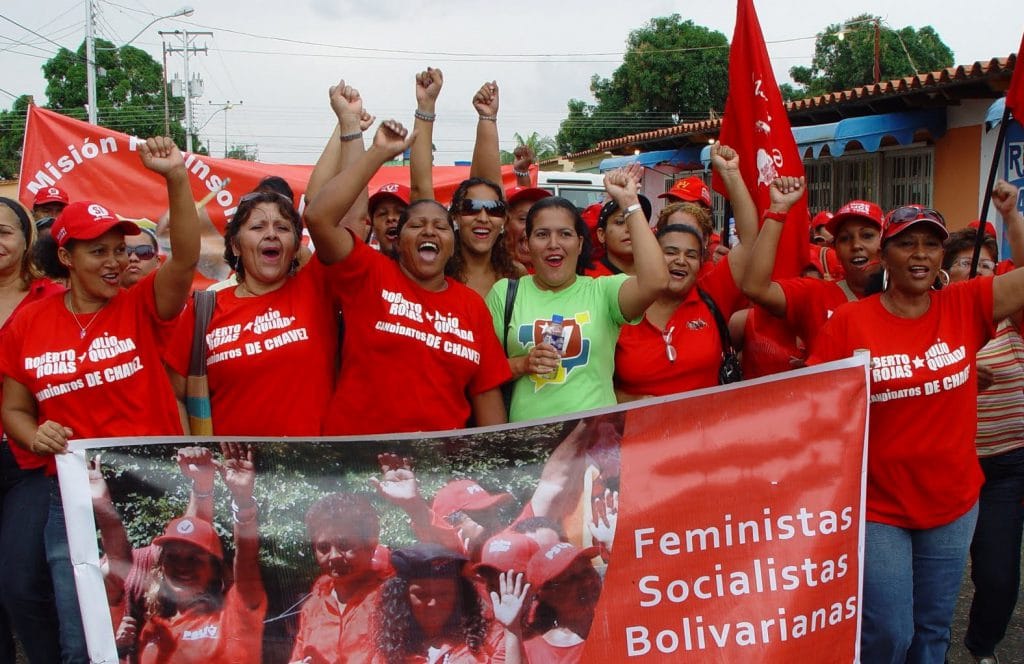 Venezuela announced Thursday the creation of a national day to celebrate socialist feminism, while activists are continuing to push for greater women’s rights.

Venezuela announced Thursday the creation of a national day to celebrate socialist feminism, while activists are continuing to push for greater women’s rights.

The new day of celebration, the Day of Socialist Feminism, was unanimously approved by the country’s National Constituent Assembly (ANC). The ANC has broad powers to propose legislative changes, but has been fiercely criticized by Venezuela’s opposition.

In its latest decision, ANC designated October 25 as the Day of Socialist Feminism.

The ANC has also announced plans to review sections of the Constitution that deal with women’s rights, including on abortion. In a decree, the ANC vowed to promote a “gender and feminist focus” in their proposed constitutional amendments.

“Machismo is a retrograde capitalist culture that affects both women and men alike, that denies diversity and integration and legitimizes relations of domination between people,” the decree said.

The decree didn’t specifically state whether abortion will be legalized.

Meanwhile, the date of the new Day of Socialist Feminism marks the anniversary of the creation of the National Institute of Women, which was inaugurated on October 25, 1999 – the first year of the presidency of Venezuela’s former head of state Hugo Chavez. Chavez was the country’s first president to declare himself a feminist, and vowed to improve women’s rights.

“I am a feminist, I fight and I will fight without respite so that the Venezuelan woman occupies a space … in the heart, in the soul of the new homeland of the socialist revolution,” Chavez said at the time.

While Chavez was praised by his supporters for promoting feminism in Venezuela, critics and many supporters alike have argued he didn’t go far enough.

In particular, she pointed to Venezuela’s ban on abortion. Abortion is almost completely illegal in Venezuela, with few exceptions and a maximum penalty of three years imprisonment.

According to Inojosa, the constitution includes language espousing the right of women to decide how many children they want to have.

“But that same article protects motherhood from [the moment of] conception, and conception is a completely religious, not a scientific concept,” she said.

Inojosa called on the ANC to endorse a constitutional amendment to remove or redefine the term “conception”, and lift the ban on abortion.

On Thursday, 28 feminist groups including Araña Feminista attended ANC talks to demand not only legalized abortion, but also the expansion of sexual education and public distribution of contraceptives. 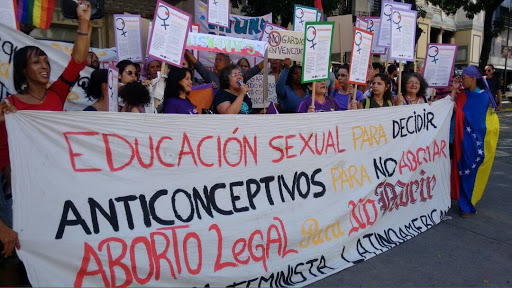 Venezuelan women’s and feminist organizations marched on the ANC Thursday to demand the decriminalization of abortion and the state provision of birth control. (KatrinaKozareck/Venezuelanalysis)

Access to birth control is a basic human right, according to the Office of the United Nations High Commissioner for Human Rights (OHCHR).

“Restrictions on access to safe abortion are the result of societal attitudes that stigmatize women and subject their bodies to other people’s political, cultural, religious and economic purposes. Criminalization of abortion further perpetuates stigma and discrimination, and infringes women’s dignity and bodily integrity,” a group of human rights experts said in a joint statement Thursday, published by the OHCHR. The group included Kamala Chandrakirana, the Chair-Rapporteur of the Working Group on the issue of discrimination against women in law and practice.

“We urge all states to end the criminalization of abortion and to ensure that all women are able to access all necessary health services, including sexual and reproductive health care, in a manner that is safe, affordable and consistent with their human rights,” they said.

Advocates of reproductive rights argue bans on abortion worldwide have contributed to the proliferation of unsafe abortions. According to UN figures, an estimated 22 million women undergo unsafe abortions each year worldwide. In Venezuela, 756 women died in childbirth last year, according to the Ministry of Health.