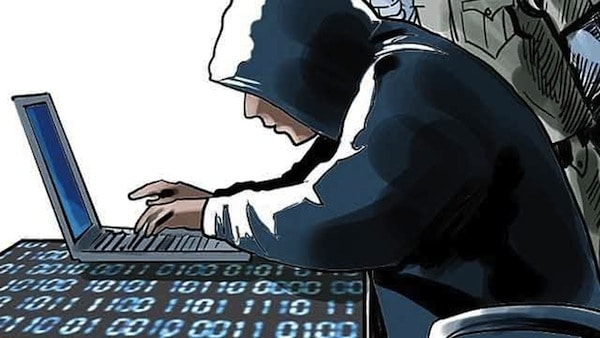 One of the master strokes in the October 1st referendum was the so-called “universal census” [a single, central electoral register]. When the Generalitat found out that the Spanish government intended to block the vote in many specific polling places, it began to think about how they could prevent this. A universal census, the norm in many countries, was an essential tool. The decision was kept secret for a long time, and began to circulate among volunteers committed to opening the polling stations only hours before polling began. The ability to keep a secret was instrumental to the entire operation, which managed to defeat Spain’s crackdown.

The universal census, which allowed anyone to vote at any polling station, called for a complex software system to ensure that nobody could vote twice. It was essential for the program to be very secure, to be able to connect over a simple mobile phone connection, and, obviously, to be reliable. The need to work with extremely sensitive databases —no other than the census— required an extraordinary programming effort to protect the privacy of everyone’s data. For the consultation on November 9, 2014 there was no register, and when someone voted their data was added to the database to prevent them from voting twice. October 1st was different, because there was indeed an electoral register, and given that, this was the base of the entire software program.

The effort to code this program was taken on by a group of top-line programmers. VilaWeb has been able to speak with one of those experts, and we have been able to verify in a reliable and documented way that this person worked on the operation, but we promised not to disclose their name or any details that could compromise other people.

—When did you join the project and what did you find?

—I joined after the arrests on September 20th. I was one of the last additions to the team and I have to say that the great majority of the work had already been done by my colleagues. I’m incredibly proud of having shared some very intense hours with them and of knowing that I developed a small part of the code.

—Was the task difficult?

—Developing a voting program, under normal circumstances, is relatively simple. To make it so this program works and can avoid the censorship and repression of an entire government is something else altogether. What we experienced, and played our part in, was straight out of a movie.

—That’s true. But we were able to disrupt the efforts of all the technical and intelligence services of such a massive opponent. Thanks to Tor, to Signal, to telephones bought abroad, to Linux and open software, and even to Bitcoin… Oh! and to the work and the imagination of quite a few hackers who gave their all to make it possible.

—And on top of everything, the package was not deployed until minutes before the opening of polls.

—Dozens of servers, scattered throughout the world, received the software minutes before 8 a.m. on Sunday, the scheduled time to set up the polling tables. I remember the whiz who was in charge of the program, how his hands shook while he worked. And everybody (other than the programmers) asking him if the system was ready yet. No, it can’t go any faster! How stressful! It still makes me nervous just thinking about it.

—Spain’s censorship was there all along. The domain name was closed in less than 15 minutes, they even closed all of the IP addresses –all of them!– of a known European provider. That was something that affected thousands of services that had nothing to do with the referendum, indiscriminate censorship in its purest form. But every time they acted, we reacted. For each IP they closed, my colleagues opened two more. We were expecting that. I’d like to thank all the voters for their patience, as well as the polling station volunteers, and especially all those who managed the phone support line. These people, some in the same room with us — what great work they did handling thousands of calls!

—There was no way to dodge them, these attacks?

—I have to confess something– we had the code that made the IP changes transparent and automatic…But we didn’t have time to integrate it.

—What would you say to those who claim that it was possible to vote twice?

—It’s untrue. With the universal census it’s simply not possible, in any way. I heard those statements by Mr. Ferreras, on Spain’s La Sexta TV, saying that it was possible to vote several times, and I laughed. I myself was part of the group of people in charge of making sure, specifically, that this wasn’t possible. It’s true, I laughed because I had no strength left for anything more than a smile, after working thirty hours straight.

—Did you work a lot against the clock?

—Among my colleagues, those who worked the most days, their exhaustion was very obvious. There were people who, literally, slept 4 or 5 hours in 3 days. We worked long hours, and very hard.

—I would never have imagined, never, that some people who passed through that room came over to us and told us “We are in your hands”, or “The referendum and the 5.3 million Catalans with the right to vote are depending on you”. People came through who have been myths to me for years. Wow, yes, the pressure was incredible. The responsibility was enormous. But we did it and I couldn’t be more proud. There are moments, a cigarette smoked in a very special place on Sunday at five in the morning, that I will never forget.