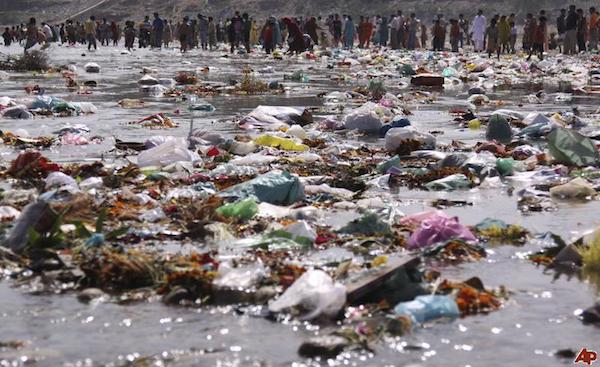 More than a month ago we published an article detailing some of the fallout of the ecological crisis in the Third World. The article detailed a study published by Greenpeace that had shown figures projecting 1.2 million deaths in India every year due to air pollution-related conditions. However, there has now been a more recent study of world pollution-related deaths published by the Lancet Commission on pollution and health which indicated that in 2015 alone, more than 2.5 million people had died in India as a result of pollution in the country. The deepening crisis of public health and the environment in the Third World is now responsible for more than double the originally calculated deaths annually when factored with water pollution; inextricably tied to the conditions of work and living faced by the super-exploited global proletariat. What’s more, the commission goes on to identify more than 9 million people worldwide who have died from pollution-related deaths, of which more than 92% live in “poor and developing” countries. 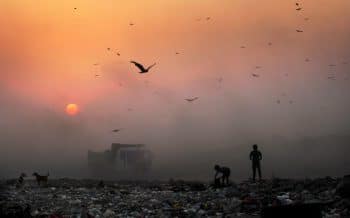 A thick blanket of smoke at a garbage dump in New Delhi. The government says it will authenticate pollution levels before releasing the information to the public, a plan that critics say will deprive residents of the opportunity to protect themselves against bad air. Credit Altaf Qadri/Associated Press.

While India is the hardest hit by pollution, they are followed by China, who has suffered 1.8 million deaths related to pollution in 2015 alone. The culprits for the massive amounts of pollutants and rapidly degrading standard of health in India and other Third World countries has been attributed to relaxed laws regarding industry and emissions, overlooking the responsible party which is exporting industrial capital to the region and building economies based in the primary and secondary sectors. Karti Sandilya, interviewed by Reuters, reiterated this ridiculous insinuation which holds Third World states as culpable independent parties, recklessly pursuing industrialization without a care for the natural environment. It is true that the Indian bourgeoisie does not care for the environment, and certainly many of them care very little for the Indian masses who work and die under such conditions. However, this bourgeoisie is empowered and emboldened by their compradore status, tied to the parasitic imperialists who routinely invest finance and productive capital into destructive economic ventures.

Imperialism is killing the planet, more than 9 million people per year are dying as a result of imperialism’s ecological crisis, and many more are soon to die due to the crises brewing around the world’s most important water sources. This system is not sustainable, and depends on the obliteration of the natural world. To residents of the core capitalist countries it may seem as if ecologically sustainable development is possible under the current system, but this is an optical illusion of imperialism, which creates this appearance through the clever export of all the evidence. The imperialists have thrust the burden upon the Third World, and shackled them with the full blame for our decaying environment. This is why environmental activism has become so powerful in the Third World left, and why anti-imperialism must be the pole-star of any ecological movement. If we ignore this reality, all our efforts contribute to is the superficial discussion we have become so used to. The imperialists sign treaties declaring the world “greener” while 18 million lungs give out. Kill imperialism, before it kills our planet.