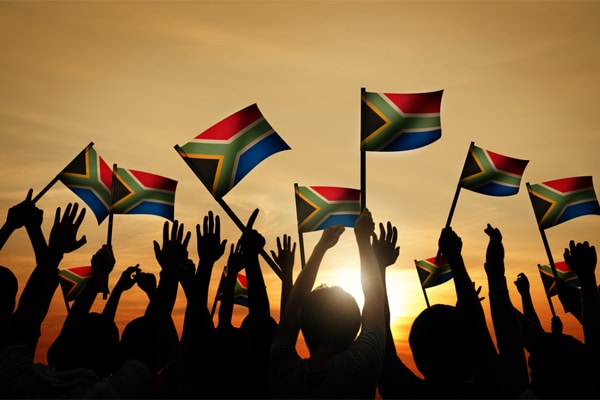 The world joined most South Africans in cheering when Nelson Mandela was finally released from prison, the apartheid regime was largely dismantled, and multiracial elections were eventually held.

Then, of course, the really hard work of restorative justice began, under the aegis of the Truth and Reconciliation Commission. To avoid victor’s justice, no side was exempt from appearing before the commission, which heard reports of human rights violations and considered amnesty applications from all sides. In the end, the commission granted only 849 amnesties out of the 7,112 applications.

The problem is, while the commission exposed human rights abuses, it never took up the issue of economic abuses. And, as is clear from the chart above, the high levels of inequality that characterized South African capitalism under apartheid have only gotten worse. 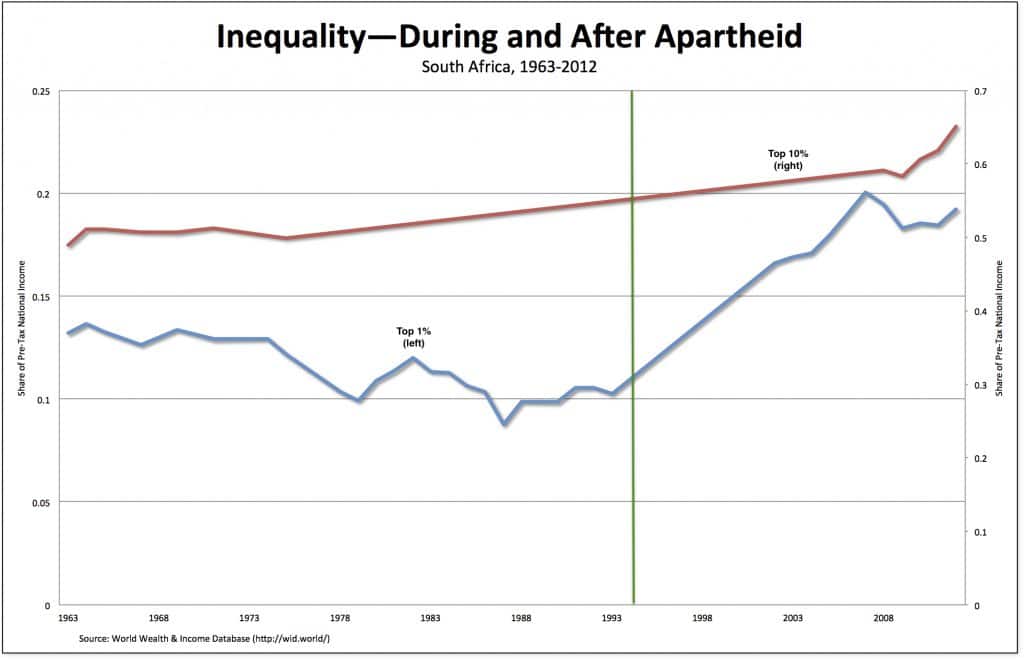 Inequality during and after apartheid in South Africa.

It should come as no surprise that the distribution of wealth is even more unequal than the distribution of income. Anna Orthofer (pdf) has surveyed the available data and calculated that the top 1 percent own at least half of all wealth in the country and the 10 percent something like 90 to 95 percent.

In the history of civil rights, South Africa lays claim to a momentous achievement — the demolition of apartheid and the construction of a democracy. But for black South Africans, who account for three-fourths of this nation of roughly 55 million people, political liberation has yet to translate into broad material gains.

Thus far, the existing economic system has been granted a full amnesty.

The day awaits for a new Truth and Reconciliation Commission to be formed, to carry out the project of finding restorative justice with respect to the abuses of the economic system—both during and now after apartheid.