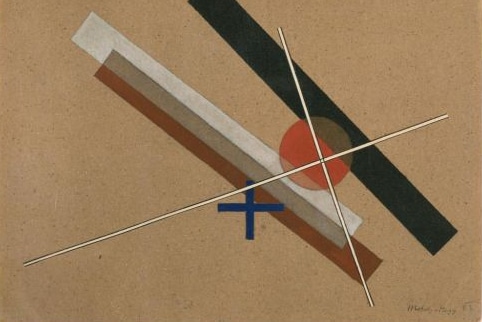 Couching Trump as a “lawless” autocrat-in-the-making has become a matter of routine, something of a mantra repeated by “liberals” and “conservatives” alike. The trouble with this characterization is not that it is inaccurate, but rather that it is incomplete.

To be sure, Trump has demonstrated a highly worrisome proclivity for clumsily drafted and hastily prepared executive orders and related presidential memoranda, some of which violate settled law. In itself, the executive order mechanism is fully in accord with US law. Further, heavy reliance upon such orders, and the massive presidential power they both presuppose and foster,1 predate the new administration by centuries.2 In fact, Franklin D. Roosevelt, whose Keynesian New Deal is often romanticized by social justice movements of varying persuasions, issued over 3500 such directives during his twelve years as president.3 Nevertheless, many of Trump’s federal actions, particularly his move to suspend the US refugee admission system and prohibit entry of nationals of various majority-Muslim countries, run afoul of domestic and international law.

Similarly, Trump’s incessant rants about the judiciary—echoed periodically in remarks about “judicial supremacy” from administration officials like Stephen Miller4—run against the grain of established legal standards. Such sentiments are not, of course, unprecedented. Invectives against “judicial activism” are a staple of political life in many states. Ad hominem accusations and other forms of intimidation are also not uncommon. In 2014, for instance, Stephen Harper, then Canada’s prime minister, questioned the professional integrity of Beverley McLachlin, then as now the Canadian Supreme Court’s chief justice, for allegedly contacting his office about a prospective judicial appointment.5 Similar examples can be given from many other jurisdictions. Still, the intensity and frequency of Trump’s indignant accusations are exceptional.

All of this is true. Indeed, it is undeniable. Yet it is too quick and easy to characterize Trump as a simple enemy of law. If Trump is an aspiring tyrant, this is due at least as much to the fact that he is an avid player of the game of law as it is to the fact that he is prepared to transgress the boundaries of the legal.

To begin with, it is telling (though generally ignored) that Trump tends not to press his rhetoric so far as to hazard an express disavowal of legality as such. Neither he nor we may believe that the “rule of law” is an “unqualified human good,” to use radical historian E. P. Thompson’s infelicitous and oft-derided expression.6 But it is clear that Trump appreciates the usefulness of legal legitimacy. Absent such legitimacy, he would not be able to enshroud his policies in the authority of law (or at least to claim that he is doing as much).

Some might object that such a stance can hardly be said to constitute “authentic commitment” to the law. After all, they might argue, recognizing that law is a powerful instrument of political rule is fundamentally different from respecting its overriding normative authority. This leads to a second point. Pace most forms of liberal legal theory, the “rule of law”, whatever exactly it may mean, is not easily distinguishable from the “rule by law”, the rationalization and institutionalization of power through law. As tempting as it may be to distance law from the ends that it serves, the unfortunate reality is that law, while emancipatory in many respects, has been complicit in all manner of violence, from the entrenchment of socio-economic inequality through contract and property law to the justification of colonialism, imperialism, and neo-colonialism through public and private international law. The power of law’s formal rules, norms, and institutions does not lie simply in a capacity to constrain political might and restrict discretionary authority (though law clearly can and does perform that crucial function). As has been demonstrated time and again by more than a century of legal realism, critical legal studies, feminist legal studies, and (not least) Marxist scholarship on law, the legal form has often underwritten and legitimated precisely the substantive injustice and inequality it is nominally designed to counter. Indeed, it is arguable (though not self-evident) that the world is what it is not because there is not enough law, but because it is suffused by so much law–or as China Miéville put it with his customary polemical hyperbole more than a decade ago, that “the chaotic and bloody world around us is the rule of law.”7

Extolling the virtues of the “rule of law” uncritically and without reservation is not simply an error; it is an act of bad faith. Don’t like what law has done to the world? Why not celebrate the “idea” of the “rule of law” instead, as an “aspiration” if not necessarily always as a “reality”? If nothing else, this is a terribly effective way of letting actually existing law off the hook.

Finally, it must be remembered that the spectacle that is “Trump” was made possible only because of law itself. Contracts, property, corporate, commercial, and real estate law, not to mention tax, securities, and antitrust law, facilitated the building (and rebuilding) of Trump’s fortune. Campaign finance laws, including “super PAC”-type “innovations” arising from the US Supreme Court’s 2010 decision in Citizens United,8 enabled him to assume the presidency. A tradition of executive orders (and related instruments like presidential memoranda) that is as old as the republic has now provided him with a particularly potent means of formalizing his crime, trade, immigration, environmental, and national security agendas. Trump is a product of law, through and through.

None of this means that opposing Trump through legal means and procedures is pointless or delusional. When all is said and done, his administration can–and should–be opposed both legally and extra-legally. The game of law may be structurally biased, generally tilted in favour of the dominant, but it affords valuable, if limited, tools for achieving socio-economic change. Above all, what is needed now is a significantly greater dose of realism about what law can and cannot achieve. Such realism would yield an account of law that is at once “formalist”, in the sense that it takes the relative autonomy of legal structures seriously, and “anti-formalist”, in the sense that it nevertheless ultimately anchors these structures in concrete social relations. A realistic account of this kind would not repudiate law and legal action pure and simple, but it would also be clear about law’s limitations and its indebtedness to the liberal capitalist order that has engendered Trump (and so many others before him).

For obvious reasons, no one can say with certainty what Trump will and will not do. But one thing should be clear: the actions he undertakes legally are likely to be far more devastating than those he undertakes illegally. All the more reason to mobilize, in the streets as well as in the courtroom. Marshall law’s myriad resources, but do so without illusion–and certainly without fetishizing its “rule”.

Umut Özsu is Assistant Professor of Law and Legal Studies at Carleton University.