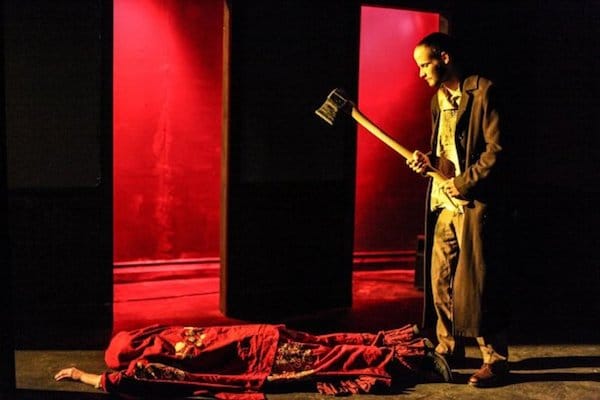 For years now, I’ve been writing about the various ways capitalism inflicts its punishments—particularly, by killing people (see, e.g., here, here, and here).

It’s as if the defenders of capitalism are Dostoyevsky’s Rodion Raskolnikov, who formulates and executes a plan to kill a pawnbroker for her cash—and, in an attempt to defend his actions, argues that with the pawnbroker’s money he can perform good deeds to counterbalance the crime.

The question is, what are the good deeds capitalism performs to counterbalance its crimes? Because we now have more evidence that, like Raskolnikov, capitalism kills.

According to Maia Szalavitz, capitalist “inequality raises the stakes of fights for status among men.”

Obviously, potential murderers don’t check the local Gini Index – the most commonly used measure of inequality that looks at how wealth is distributed – before deciding whether to get a gun. But they are keenly attuned to their own level of status in society and whether it allows them to get what they need to live a decent life. If they can’t, while others visibly bask in luxury that seems both impossible to attain and unfairly won, those far from the top often become desperate.

And so, as capitalist inequality rises, men at the bottom are more inclined to kill other men—all in the name of honor and respect. 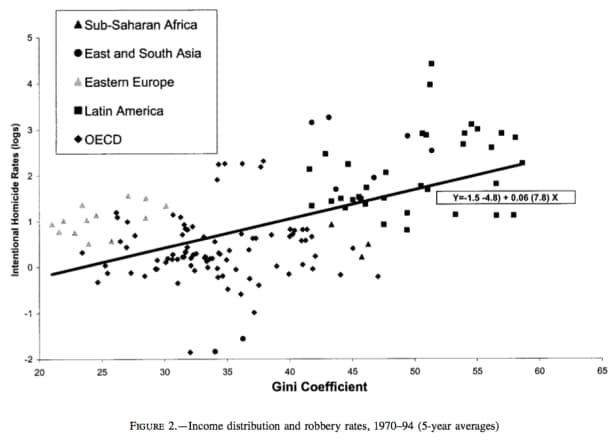 That conclusion is supported by a 2002 comparative cross-country study, published in the Journal of Law and Economics (pdf), whose main conclusion is that an increase in income inequality has a significant and robust effect of raising violent crime rates.

Perhaps those who defend capitalism think it possesses enough fortitude to deal with the ramifications of its crimes against humanity—that it even might have the right to perform those crimes.

Dostoyevsky, of course, suggests it’s better to confess and accept the appropriate punishment. But, alas, we don’t live in a nineteenth-century Russian novel.

But we are witnessing rising inequality and rising homicide rates.

no one knows what time lag to expect between a rise in inequality and a rise in murder – but if it does take a few decades, this could be the start of a troubling trend, not a blip.