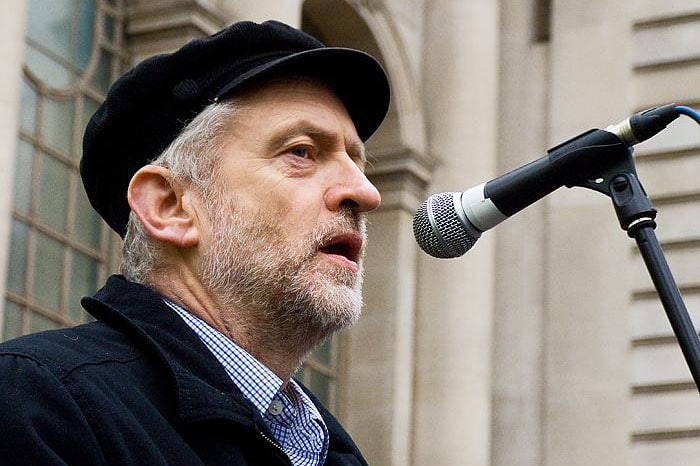 Abetted by their allies in the British media establishment, the British Tories are once again attempting to push Cold War conspiracies about Labor leader Jeremy Corbyn. The nadir of this campaign was reached on the 20th of Febuary, with the Prime Minister’s implicit suggestion that Corbyn should release Stasi files on him (which may or may not exist) being picked up and pushed to loyal Tory newspapers. These fanciful claims, based on the unreliable statements of an alleged Czechoslovakian spy, date back to the 1980’s. Like previous efforts to paint Corbyn as an un-British, terrorist loving traitor, these attacks are neither timely nor convincing. The British Right attempted to run with a similar narrative during the 2017 election campaign, alleging links between the Labor leader and both Islamic and Irish terrorists. Given the abject failure of this line of attack it seems unlikely that the new and far weaker allegation will swing the public against Corbyn. So why now? The answer lies in the ongoing investigation into Russian interference in Western elections.

The newest allegation, first published in the Sun, build on a rich tradition of falsely accusing figures on the British left of being treacherous communist infiltrators. These smears date back to 1924, and have seen former Labor leaders from Michael Foot to Neil Kinnock come under attack. There were even rumors of a planned military coup predicted on the idea that Prime Minister Harold Wilson was a secret Red. This week’s accusations are tame by comparison, concerning a meeting which Corbyn held with a Czechoslovakian spy who was posing as a diplomat. Meetings with diplomats were quite normal for the MP once dubbed “the foreign secretary of the left.” The only allegations of wrongdoing are the spy Ján Sarkocy’s claims that Corbyn was paid for information. What kind of information or how much money is left unsaid, while no evidence is produced to support the claims.

The dated, conspiratorial nature of the story make it whiff of the Red Scare, and of Tory desperation. This is the reason why the first attacks against Jeremy Corbyn were based on his meetings with Muslim and Irish Republican groups, given that these are far more contemporary bogeymen. It is quite possible that this is merely a periodic attack, designed to distract from the shambles of Brexit and Theresa May’s beleaguered premiership.  However, one investigation occurring just beneath the surface of British politics can shed light on the thinking behind this apparently doomed smear campaign.

Overshadowed by Brexit and eclipsed by America’s Russia-inspired meltdown, the Westminster investigation into foreign interference has largely remained off the front pages. This is of clear benefit to the Eurosceptic wing of the Tories, as awkward questions could begin to be asked about the activities of shadowy firms like the Mercer funded Cambridge Analytica. However this inquiry, chaired by Tory MP Tom Tugendhat, provides an opportunity to link Corbyn with the specter of Russian interference. While Czechoslovakia is not Russia, it is perhaps close enough to create such a link in the minds of the British public.

Tom Tugendhat’s announcement that he will seek to question apparent spy Ján Sarkocy guarantees that this story will run further. It also shows that this 1980’s meeting will be treated as part of an investigation into Russia’s use of online disruption and disinformation. The hope in the right-wing press is undoubtedly that Corbyn will be embroiled in a scandal which equates him in the minds of the British people with the sinister figure of Vladimir Putin and the deeply reviled Trump. While the public are unlikely to care about the machinations of USSR spies from a country which devolved before many of Corbyn’s young base of political activists were born, they might care about the very real drama unfolding at the moment.

While the spy scandal which the Tory party are praying for is unlikely to materialize fully, it will likely succeed in providing cover during a fraught period of Brexit negotiations. It will also move the focus of the election meddling scandal away from the support which Russia provided to the Brexit campaign and onto the Labor leader. Shamefully it will further reduce the already slim possibility that Robert Mercer’s support for Brexit will be investigated. This is despite the American hedge-fund manager and white nationalism enthusiast Mercer’s possibly unlawful use of data and illegal donations to various right-wing and pro-Brexit groups. The goal, as is commonly the case during May’s disastrous premiership, is damage limitation.

While the Conservative party and press may feel comfortable calling the democratically elected Jeremy Corbyn un-British and a traitor, they should remember the consequences of such rhetoric. The murder of MP Jo Cox was committed by a right-wing terrorist who gave his name in court as “Britain First, Death to traitors.” Convicted terrorist Darren Osborne originally planned to assassinate Jeremy Corbyn, believing him to be a traitor to his country. Tory encouragement for this rhetoric, which certainly contributed to these attacks, makes a mockery of May’s promise to crack down on the abuse of MP’s. Beyond this, it shows their abject cynicism and desperation.

This newest crop of conspiracy theories is unlikely to turn the British electorate against Jeremy Corbyn, especially as the Tories remain unable to address the housing crisis or problems in the National Health Service. However, beneath the antiquated McCarthyism is a calculated attempt to weaponize the UK’s Russia inquiry against Labor while distracting from the very real U.S. right-wing electoral disruption underlying the Brexit vote.

Daniel Odin Shaw is a graduate student currently based in Budapest, but originally from Scotland. He specializes in critical security studies, feminism and the politics of the far-right. His publications have been featured on Global Politics.com and the Ms. Magazine blog.