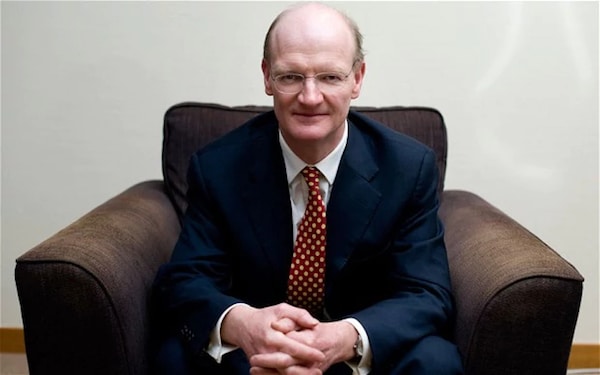 This is the introduction in a five-part series on Willetts: part 1; part 2; part 3; part 4.

Before Jo Johnson and Sam Gyimah, there was David Willetts. As the Minister of State for Universities and Science from 2010 until 2014, under the Tory-led ‘coalition’ government, Willetts oversaw the introduction of a market into the English higher education system – often referred to as ‘marketisation’. As a result, he has become a somewhat hated figure for those who have had to suffer the consequences of this ‘experiment’ in HE reform, so much so that Willetts has often been on the receiving end of protests and abuse from those studying and working in the sector.

In his recently published memoir-cum-rationalisation A University Education (1), Willetts recounts one of the ‘saddest experiences’ of his time as Minister, when he was trying to deliver a lecture on the benefits of ‘unleashing the forces of consumerism’ at the University of Cambridge, only to be ‘shouted down by angry students chanting that they were not consumers’ (p. 279). This is only one of many anecdotes in the book pointing to the massive (justifiable) resistance and anger that Willetts faced while rolling out his reforms.

To say I had mixed feelings when reviewing this book is somewhat of an understatement. I was studying for my undergraduate degree when the Financial Crisis 2008-9 hit, and when I graduated I spent two years unemployed in London. In order to ride out the storm, I started a Masters degree in 2010, the year that marketisation began. After finishing my Masters I managed to scrape a few hours as an hourly-paid lecturer (while holding various other part-time jobs to make ends meet), and have been on such a contract ever since.

I expected to hate the book, for it to be simply an ideological expression of ‘neoliberalism’, an apologetics for the destruction of a world-leading system of public higher education, a justification for the privatisation of yet another institution of the welfare state. It is, in fact, all of these things. However, I found to my surprise that – up to a point – the book was also very readable, with Willetts portraying himself as someone who meant well – the book begins with the statement ‘I love universities’ – and to some extent, meticulously researched.

It is important to give credit where its due, and to note that Willetts genuinely believed and stands by what he did as universities Minister:

‘The system of fees and loans has now been operating for over a decade. It has been a conspicuous success – broadening participation in higher education, bringing more funds to university education, and saving public money. Taking most of higher education out of public spending has led to the removal of direct controls set by Government on student numbers university by university. Sweeping away those absurd controls away is one of the great social reforms of the Coalition Government and it was fitting that we should announce that policy in 2013, the year of the fiftieth anniversary of the Robbins report.’ (p. 86)

This quote conveys how Willetts sees himself as a great emancipator, comparing himself (by implication) in the book to not just Lord Lionel Robbins, but also to figures like Napoleon Bonaparte, William Gladstone and Margaret Thatcher. What these figures all have in common is a war against various forms of what Willetts calls ‘producer power’: the absolutist medieval state, the Oxbridge ‘duopoly’ and the trade unions (respectively).

Rather than destroying the HE system, Willetts considers that he ‘saved’ it from the cuts. As will be argued in Pt 1 of this Review that will be published in four instalments over the coming fortnight, he wilfully ignores the origins of these cuts in the Tory austerity agenda, the Financial Crisis and a long history of Thatcherite privatisation that Willetts’ marketisation is in fact the completion of. Nevertheless, he is immensely proud that he was ‘able to deliver one of the single biggest cuts in public spending of the Coalition whilst at the same time increasing the total cash going to universities for teaching and access by £1.5 billion’ (p. 67). ‘That’s not bad’, he concludes.

Willetts the conqueror of bad monopolies – as will be argued below, for neoliberals monopoly is ok as long as it results from ‘market-like’ competition – delivered the ‘necessary’ cuts while increasing funding per student. But more importantly, he found a way to abolish the student numbers cap and achieve what no other UK Government had achieved, not even Labour under Tony Blair: mass higher education. Let’s not dwell for too long on the £50,000 debt that students now leave university with or the infamous and ever-rising RAB charge – which measures how close the reforms get to costing the Government as much as the publicly-funded system that preceded it (a point to be covered in Pt. 4 of the Review).

At first glance, the book seems to be irredeemably beset by contradiction. Again, it is full of contradictions, but there is an underlying ideology that gives it a coherence and that reveals the not so innocent neoliberal political project that Willetts conveniently erases from the book. Willetts surprisingly admits that the market in HE has not appeared and cannot, due to the nature of the income-contingent loans system (see HE Marketisation, 29 October 2017). In retrospect, he also concedes that his claim in 2010 that £9000 fees would be ‘exceptional’ was ‘a mistake – a wrong forecast based on a false analysis’ (p. 83). Willetts reveals that it was this claim that led to the widespread belief that the ‘reforms should generate price competition or they would have failed’ (p. 83).

However – and this seems a little far-fetched, as he was the architect of the fees and loans system – Willetts realised that what ‘really mattered’ for students ‘was the repayment formula not the fee level’. It then it became ‘clear’, he writes, that there would not and should not be much price competition’ (p. 83). This was because students, who in most cases would never pay back the full amount and never saw the money itself, did not treat the £9000 fee as a price, and therefore were not prompted to behave like rational, cost-benefit maximising consumers. In one of the many moments of humility running through the book, he reveals that this lack of price competition was a ‘terrible let-down’ for some of his Tory peers (p. 84).

Yet when he writes about ’empowering the student as consumer’, Willetts argues that marketisation ‘harnesses the power of choice and competition’ to drive up quality (the question of consumerism and quality will be addressed in Pt. 2 of the Review). I originally approached the book with a very simple research question: is Willetts an ‘idiot’ (sorry David, I can’t think of a gentler way to put this) who genuinely believes in the power of competition, or is he a cynic that expounds what Philip Mirowski (2) calls neoliberal ‘double truth’ to hide the harsh reality of corporate asset-stripping of previously state-protected public goods? This question followed from my other work on HE and monopoly capitalism theory, which argues competition is only a momentary reorganisation of a wider oligopolistic corporate capitalist system looking for a temporary boost to stagnating profits overall (HE Marketisation, 10 December 2017).

The answer is quite simple: Willetts is in fact a textbook neoliberal. As Will Davies (3) has shown, the key to the shift from liberal to neoliberal economic theory lay in the latter’s acceptance of monopoly as the successful outcome of competition, not as an example of ‘market failure’, as the former believed. The monopolist is the entrepreneur (individual or firm) that has played the game well, the ability to control prices the reward. But monopoly is only ever temporary – it is always possible for another entrepreneur or firm to play the game better and gain temporary advantage – or in some rare cases, rewrite the rules completely (often referred to as ‘disruption’). In an impressive about-face, neoliberalism ‘reconciled itself to monopoly and became its mightiest champion, despite its worldview—in theory—being based on a religious devotion to the genius of economically competitive markets’ (4).

Willetts seems to rehearse this journey from competition to monopoly through the course of the book, in the latter chapters admitting that the reason he ‘was so keen on promoting alternative providers’ was that he hoped ‘at least one big British based global higher education chain would emerge’ (Willetts p. 317). The justification for monopoly is couched in cliche-ridden theories of technological ‘disintermediation’, which propose, as all theories of disruption do, that the ‘creative destruction’ of traditional markets is inevitable and not a matter of politics at all.

Perhaps more disturbingly, the hope that the UK will produce HE oligopolies to rival those in the U.S. is justified within a neo-colonial ‘ambition’ to ‘help to educate the world, drawing on the prestige of our education institutions and exams and the global role of our language’ (Willetts p. 319). All of these issues that centre on the idea of the university as trans-national corporation will be explored in Pt 3 of the Review.

So why read ‘A University Education’, if it is so ideological and self-congralutalory? Because, if read critically, it contains a lot of useful information about the history of universities, HE policy and the politics of knowledge production. It also clears up many of the common misunderstandings about income-contingent loans and the government accounting mechanisms behind them. But most importantly, it is the clearest expression of the principles of HE marketisation published so far, even more so than some of the best critiques (5). That is because it comes straight from the horse’s mouth.

If you want to understand marketisation, this book is essential reading – especially for activists and trade unionists who are still dealing with the fallout of what is described. But more importantly, the book marks out the terrain of the battle against marketisation, and hopefully the forthcoming four parts of this critical Review in HE Marketisation will help sketch out a map for the war to come.

(3) Davies, W. (2016) The Limits of Neoliberalism: Authority, Sovereignty and the Logic of Competition. London: Sage

(5) See for example: McGettigan, A. (2013) The Great University Gamble: Money, Markets and the Future of Higher Education.  London: Pluto Press

David Ridley is a British journalist and independent researcher who used to teach at university, and whose research focuses on the marketisation of higher education, it's consequences and alternatives, as well as the history and theory of workers control. David blogs @HEmarketisation and @FTWjournal, has written for Monthly Review, Red Pepper and Post-16 Educator and has a book coming out with Peter Lang on John Dewey’s Democratic Socialism.