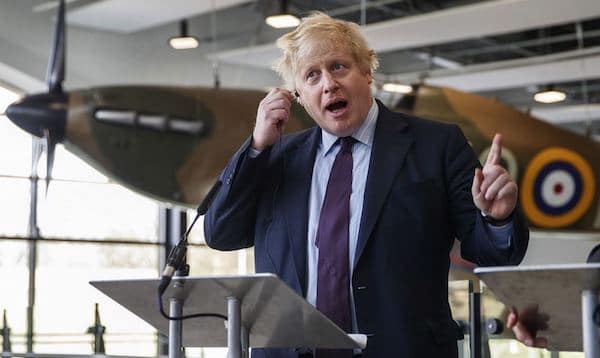 Two weeks ago in Salisbury, less than 10 kilometres from the UK’s Porton Down chemical weapons establishment, a Russian and his daughter appear to have been poisoned. Sergei Skripal was a former Russian military intelligence officer who acted as a spy for the UK’s MI6. In 2006, he had been tried and convicted for high treason by the Russian authorities, but was released in 2010 as part of a ‘spy swap’ with the UK and settled in Britain. Skripal and his daughter remain in a critical condition, with medical staff reporting that they had been poisoned with a nerve agent.

The British government has claimed that the Skripals were poisoned with the nerve agent ‘Novichok’. But in the past two weeks it did not release any proof of this either to the Organisation for the Prohibition of Chemical Weapons (OPCW), or to the Russian government that it blames both for producing the agent and for the attack. Alexander Boris de Pfeffel Johnson, UK Foreign Secretary and blathering embodiment of a power in decline, has just revealed that the OPCW will investigate from tomorrow.

Not to be taken: Novichok

Novichok is the name given to a class of extremely toxic nerve agents reported to have been produced by the former Soviet Union and Russia up to 1993. The production took place in several locations, and, with the break up of the Soviet Union, supplies of it and/or knowledge of how to manufacture it could also have been passed on to other countries. It is likely that Porton Down has such knowledge, since that would have been necessary for them to claim the attack on the Skripals was with Novichok rather than something else.

Claims that Russia initiated the attack rest on some shaky foundations. It is not clear why such a specialist method was used that would inevitably be linked to the Russian state. Or even why there would be an attempt at assassination at all, unless Skripal had continued to work for the UK intelligence services. However, one could argue that a Russian link was deliberately used to deter other Russian spies who might consider collaborating with the UK – with the message that ‘Eventually, we will punish traitors’.

Less plausible is the view that Putin needed this episode to marshal support in today’s presidential election that will likely result in his fourth term in office. Less plausible still is the Russian argument that the Brits did it to smear Moscow, although anti-Russian hysteria has a long history in Britain so that was a natural reaction.

One notable feature of the UK’s mainstream media coverage of this event was how there was an immediate and unanimous condemnation of Russia, with Labour leader Jeremy Corbyn denounced when he called for evidence.[1] Such is the operation of the ‘free press’.

If Russian policy was to poison Sergei Skripal, then, apart from its role as a deterrent, that action could best be understood as a political wind up. The Salisbury location reminds people that the holier-than-though UK also deals in chemical weapons. The rationale for the timing is less clear; although in the wake of Brexit and Trump’s America First policy, the UK is in a weak position to do anything more to Russia than has already been implemented. NATO’s encirclement of Russia is more or less complete, but Russia has now developed new missile systems that undermine this threat. Effective economic sanctions against Russia have probably also reached a limit, because Europe does not want to cut off Russian energy supplies.

Russia can embarrass the UK, an anti-Russian stalwart of the Anglosphere, with little cost. Such an action would also demonstrate that it is not to be trifled with, as already shown by its actions in Syria. By comparison, the Brits have a more appropriate international ambassador than they might have thought in Boris Johnson.