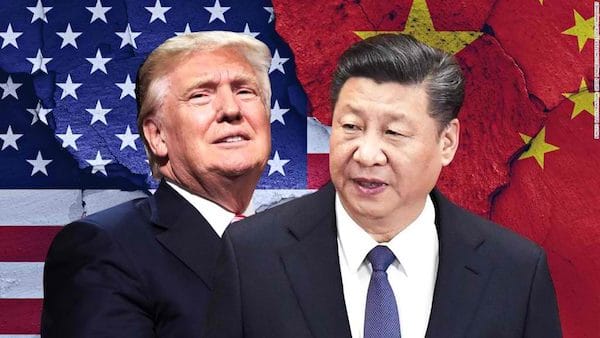 There is a lot of concern over the possibility of a trade war between China and the US. In early April President Trump announced that his administration was considering levying $100 billion of additional tariffs on Chinese exports, after the Chinese government responded to a previously proposed U.S. tariff hike on Chinese goods of $50 billion by announcing its own equivalent tariff hikes on U.S. exports. And the Chinese government has made clear it will again respond in kind if these new tariffs are actually imposed.

So, what’s it all about?

To this point, it is worth emphasizing that no new tariffs have in fact been levied, by either the U.S. or Chinese governments. The first round of announced U.S. tariffs on Chinese goods are still subject to a public comment period before becoming effective, and the content of the second round has yet to be formally decided upon. Thus, both countries have time to back away from their threats.

Also significant is the fact that both countries are being careful about the products they are threatening to tax. For example, the Trump administration has carefully avoided talking about placing tariffs on computers or cell phones, two of the biggest U.S. imports from China. The U.S. has also refrained from putting tariffs on clothing, shoes, and furniture, also major imports from China.

It is not hard to guess the reason why: these goods are produced as part of multinational corporate controlled production and marketing networks that operate under the direction of leading U.S. corporations like Dell, Apple, and Walmart. Taxing these goods would threaten corporate profitability. As a former commissioner of the U.S. International Trade Commission pointed out:

It seems that the U.S. trade representative was very much aware of the global value chains in keeping some of these items off the list.

The Chinese government, for its part, has been equally careful. For example, it put smaller plans on its proposed tariff list while exempting the larger planes made by Boeing.

Although the media largely echoes President Trump’s claim that his tariff threats directed at China are all about trying to reduce the large U.S. trade deficit with China in order to save high paying manufacturing jobs and revitalize U.S. manufacturing, the president really has a far narrower aim—that is to protect the monopoly position and profits of dominant U.S. corporations. The short hand phrase for this is the protection of “intellectual property rights.” As Trump tweeted in March:

The U.S. is acting swiftly on Intellectual Property theft. We cannot allow this to happen as it has for many years!

Bloomberg News offers a more detailed explanation of the connection between the tariff threats and the goal of defending corporate intellectual property:

the White House is considering imposing tariffs on a broad range of consumer goods to punish China for its IP [intellectual property] practices…. the U.S. alleges…that China has been stealing U.S. trade secrets, forcing American companies to hand over proprietary technology as a condition of doing business on the mainland, and providing state support for Chinese firms to acquire critical technology abroad. A consensus is growing that these policies, designed to establish China as a dominant player in key technologies of the future, from semiconductors to electric cars, threaten to erode America’s technological edge, both commercial and military.

In other words, U.S. tariff threats are, in reality, a bargaining chip to get the Chinese government to accept stronger protections for the intellectual property rights and technology of leading U.S. firms in industries such as pharmaceuticals, aerospace, telecommunications, and autos. If Trump succeeds, U.S. multinational corporations will become more profitable. But there will be little gain for U.S. workers.

The auto industry offers a good case in point. President Trump has repeatedly said that forcing China to lower its tariffs on imported U.S. cars will help the U.S. auto industry. As he correctly points out, there is a 2.5 percent tariff on cars shipped from China to the U.S. and a 25 percent tariff on cars shipped from the U.S. to China. Trump claims that lowering the Chinese tariff would allow U.S. automakers to export more cars to China and boost auto employment in the US.

However, GM, Ford and other automakers have already established joint ventures with Chinese firms and the great majority of the cars they sell in China are made in China. This allows them to avoid the tariff. China is GM’s biggest market and has been for six years straight. The company has 10 joint ventures and two wholly owned foreign enterprises as well as more than 58,000 employees in China. It sells approximately 4 million cars a year in China, almost all made in China.

In short, lowering tariffs on auto imports from the U.S. will do little to boost auto production or employment in the US, or even corporate profits. The leading U.S. automakers have already globalized their production networks. But, changes to the joint venture law, or a toughening of intellectual property rights in China could mean a substantial boost to U.S. automaker profits.

For its part, the Chinese government is trying to use its large state-owned enterprises, control over finance, investment restrictions on foreign investment, licensing powers, government procurement policies, and trade restrictions to build its own strong companies. These are reasonable development policies, ones very similar to those used by Japan, South Korea, and Taiwan. It is short-sided for progressives in the U.S. to criticize the use of such policies. In fact, we should be advocating the development of similar state capacities in the U.S. in order to rebuild and revitalize the U.S. economy.

That doesn’t mean we should uncritically embrace the Chinese position. The reason is that the Chinese government is using these policies to promote highly exploitative Chinese companies that are themselves increasingly export oriented and globalizing. In other words, the Chinese state seeks only a rebalancing of power and wealth for the benefit of its own elites, not a progressive restructuring of its own or the global economy.

In sum, these threats and counter-threats over trade have little to do with defending worker interests in the U.S. or in China. Unfortunately, this fact has been lost in the media frenzy over how to interpret Trump’s grandstanding and ever-changing policies. Moreover, the willingness of progressive analysts to join with the Trump administration in criticizing China for its use of state industrial policies ends up blurring the important distinction between the capacities and the way those capacities are being used. And that will only make it harder to build the kind of movement we need to reshape the U.S. economy.