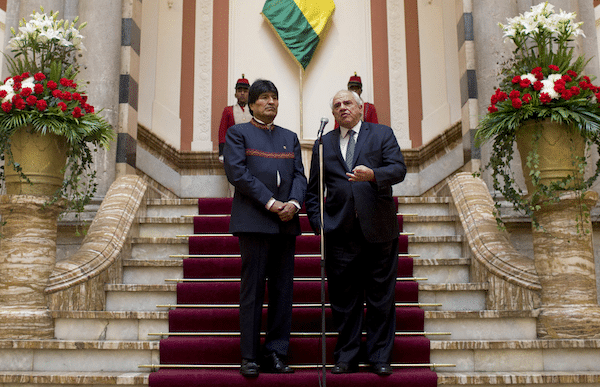 Bolivia plans on struggling hard to maintain the unity of the Union of South American Nations (UNASUR), after half of its member states declared the indefinite suspension of their participation in the regional organization, President Evo Morales told reporters yesterday.

“We are going to make all the efforts to reach consensus to overcome this problem,” the Bolivian leader said upon arriving at the airport in Havana, Cuba, where he is meeting the new president, Miguel Díaz-Canel.

Argentina, Brazil, Chile, Colombia, Peru and Paraguay announced their withdrawal from the group’s proceedings last Friday, a few days after Bolivia assumed the pro tempore presidency of the 12-nation grouping.

Officials from the six nations cited the lack of a permanent secretary-general as reason for their suspension of participation, in spite of Bolivian Minister of Foreign Affairs Fernando Huanacuni Mamani’s assumption of the presidency last Tuesday.

Given the clearly right-wing nature of the ruling parties in the countries that withdrew, the move can be seen as the latest blow against a fading trend of left-wing governments in the region and a result of the increasingly bitter inter-state debate swirling around the question of Venezuela’s political future.

Venezuelan president Nicolas Maduro slammed the announcement as tantamount to a betrayal of the region and an acquiescence to Washington’s pressure:

I hope the leaders of the right who govern South America have a little bit of South American consciousness … If some right-wing government tries to stab UNASUR and bleed it, the social movements and revolutionaries of South America will defend it.

UNASUR: A regional bloc for the South

The organization was officially founded in 2008 in Brasilia during the high tide of “21st-century socialism,” or the wave of progressive, development-oriented governments that were elected to power with such charismatic leading figures as Brazil’s Luiz Inacio “Lula” da Silva, Ecuador’s Rafael Correa, and Venezuela’s Hugo Chavez at the helm.

At the time, governments sought to end their traditional dependence on Washington and break from the neocolonial relations that had failed to serve the interests of the peoples in the region.

Member states hoped to advance the goal of forging a collective body for integrating Latin America in the fields of education, infrastructural development, science, technology, defense, and joint decision-making.

The organization was also seen as an alternative to the Washington-based Organization of American States — which critics have called the “U.S. Ministry of Colonies,” owing to its history of criticizing left-wing governments while turning a blind eye to rights abuses committed by security forces in countries ruled by the right, such as Mexico. 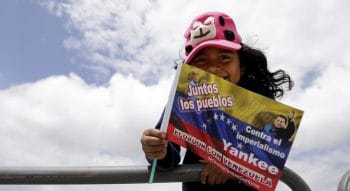 With only six nations remaining in the union – Bolivia, Ecuador, Guyana, Suriname, Uruguay and Venezuela – it remains to be seen how effective the organization can remain.

Uruguayan Vice Foreign Minister Ariel Bergamino has confirmed his nation’s continued allegiance to the bloc, describing the positions of his counterparts who withdrew as “childish.”

Ecuador – whose capital, Quito, is home to the regional body’s headquarters –  has also appealed to regional leaders to return to the bloc, which it considers “indispensable.” The Andean nation’s Ministry of Foreign Affairs and Human Mobility also released a statement reiterating its “full support to the process of integration through UNASUR, whose validity is evident through the regular work of councils … highlighting the significant number of achievements made since its founding.”

Yet some officials claim that the ideological differences between member states have led to the current impasse.

Chilean Foreign Minister Roberto Ampuero told Cooperativa de Santiago radio that UNASUR is riven by internal conflict between officials and “doesn’t lead to anything, doesn’t help integration, isn’t capable of resolving any issues … It is a situation that for our countries’ citizens, is completely unjustifiable.”

The question of Venezuela is one of the primary bones of contention facing UNASUR, with many member states siding with Washington and forging the so called “Lima Group,” which encompasses sixteen countries across the Americas. The group, which formed last year in the Peruvian capital, is seen by Caracas and its allies as a vulgar “regime change” tool for Washington’s junior partners in the region.

Earlier this month, the Lima Group issued a statement endorsed by the United States that warned Venezuela that its May 20 elections would be seen as “void of legitimacy and credibility” if they proceeded. President Nicolas Maduro is widely seen as the likely victor in the elections.

The crisis that UNASUR is currently undergoing showcases the limitations of the integrationist project in a South America riven by divergent interests and loyalties in the fields of international trade, diplomacy and ideological orientation.

Now, after a plunge in oil prices and other commodities as well as the resulting decline of the progressive wave, the big regional tent of UNASUR finds itself unable to stand in the face of its internal contradictions and the competing tendencies and agendas of its members. Time will tell whether Bolivia, and what remains of the continent’s counter-hegemonic leadership, will be able to maintain the integrity of the regional body.