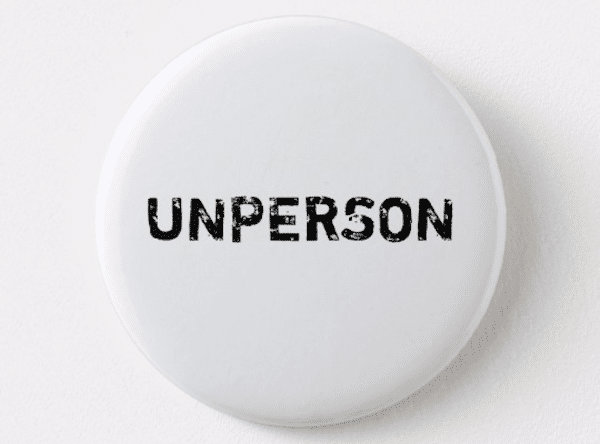 One reason it’s so easy to get an American administration, the mainstream media, and the American people to jump on an anti-Russian bandwagon is of course the legacy of the Soviet Union. To all the real crimes and shortcomings of that period the U.S. regularly added many fictitious claims to agitate the American public against Moscow. That has not come to a halt. During a debate in the 2016 Republican presidential primary, candidate Ben Carson (now the head of the U.S. Housing and Urban Development agency) allowed the following to pass his lips: “Joseph Stalin said if you want to bring America down, you have to undermine three things: Our spiritual life, our patriotism, and our morality.” This is a variation on many Stalinist “quotes” over the years designed to deprecate both the Soviet leader and any American who can be made to sound like him. The quote was quite false, but the debate moderators and the other candidates didn’t raise any question about its accuracy. Of course not.

Another feature of Stalinism that was routinely hammered into our heads was that of the “non-person” or “unperson” – the former well-known official or writer, for example, who fell out of favor with the Stalinist regime for something he said or did, and was thereafter doomed to a life of obscurity, if not worse. In his classic 1984 George Orwell speaks of a character who “was already an unperson. He did not exist: he had never existed.” I was reminded of this by the recent sudden firing of Rex Tillerson as Secretary of State. Matthew Lee, the courageous Associated Press reporter who has been challenging State Department propaganda for years, had this to say in an April 1 article:

Rex Tillerson has all but vanished from the State Department’s website as his unceremonious firing by tweet took effect over the weekend.

The “Secretary of State Tillerson” link at the top of the department’s homepage disappeared overnight Saturday and was replaced with a generic “Secretary of State” tab. When clicked, it leads to a page that informs visitors in a brief statement that Deputy Secretary of State John Sullivan “became acting Secretary of State on April 1, 2018.” It shows a photo of Sullivan signing his appointment papers as deputy in June 2017 but offers no explanation for the change in leadership.

In addition to that change, links that had connected to Tillerson’s speeches, travels and other events now display those of Sullivan. The link to Tillerson’s biography as the 69th secretary of state briefly returned a “We’re sorry, that page can’t be found” message. After being notified of the message, the State Department restored the link and an archive page for Tillerson’s tenure was enabled.

The most repeated Cold War anti-Communist myth was of course Nikita Khrushchev’s much quoted – No, eternally quoted! – line: “We will bury you.” On November 20 1956 the New York Times had reported: “In commenting on coexistence last night Mr. Khrushchev said communism did not have to resort to war to defeat capitalism. “Whether you like it or not, history is on our side,” he said.

We will bury you.

Obviously, it was not a military threat of any kind. But tell that to the countless individuals who have cited it as such forever. So, as matters turned out, did communism, or call it socialism, bury capitalism? No. But not for the reason the capitalists would like to think – their superior socio-economic system. Capitalism remains the world’s pre-eminent system primarily because of military power combined with CIA covert actions. It’s that combination that irredeemably crippled socialist forces in Vietnam, Cambodia, Laos, Philippines, Guatemala, Haiti, Ecuador, the Congo, Brazil, Dominican Republic, Chile, Angola, Grenada, Nicaragua, Bulgaria, Albania, Afghanistan, Yugoslavia, El Salvador, etc., etc., etc.

We’ll never know what kind of societies would have resulted if these movements had been allowed to develop without U.S. interference; which of course was the idea behind the interference.

In the Cold War struggles against the Soviets/Russians the United States has long had the upper hand when it comes to political propaganda. What do the Russkis know about sales campaigns, advertising, psychological manipulation of the public, bait-and-switch, and a host of other Madison Avenue innovations. Just look at what the American media and their Western partners have done with the poisoning of the two Russians, Sergei Skripal and his daughter, in the UK. How many in the West doubt Russia’s guilt?

Then consider the case of Hugo Chávez. When he died in 2013 I wrote the following: “[W]hen someone like Chávez dies at the young age of 58 I have to wonder about the circumstances. Unremitting cancer, intractable respiratory infections, massive heart attack, one after the other … It is well known that during the Cold War, the CIA worked diligently to develop substances that could kill without leaving a trace. I would like to see the Venezuelan government pursue every avenue of investigation in having an autopsy performed.” (None was performed apparently.)

Back in December 2011, Chávez, already under treatment for cancer, wondered out loud: “Would it be so strange that they’ve invented the technology to spread cancer and we won’t know about it for 50 years?” The Venezuelan president was speaking a day after Argentina’s leftist president, Cristina Fernández de Kirchner, announced she had been diagnosed with thyroid cancer. This was after three other prominent leftist Latin America leaders had been diagnosed with cancer: Brazil’s president, Dilma Rousseff; Paraguay’s Fernando Lugo; and the former Brazilian leader Luiz Inácio Lula da Silva.

“Evo take care of yourself. Correa, be careful. We just don’t know,” Chávez said, referring to Bolivia’s president, Evo Morales, and Rafael Correa, the president of Ecuador, both leading leftists.

Chávez said he had received words of warning from Fidel Castro, himself the target of hundreds of failed and often bizarre CIA assassination plots. “Fidel always told me: ‘Chávez take care. These people have developed technology. You are very careless. Take care what you eat, what they give you to eat … a little needle and they inject you with I don’t know what.”

When the new Venezuelan president, Nicolas Maduro, suggested possible American involvement in Chávez’s death, the U.S. State Department called the allegation “absurd” even though the United States had already played a key role in the short-lived overthrow of Chávez in 2002. I don’t know of any American mainstream media that has raised the possibility that Chávez was murdered.

I personally believe, without any proof to offer, (although no less than is offered re Russia’s guilt in the UK poisoning) that Hugo Chávez was indeed murdered by the United States. But unlike the UK case, I do have a motivation to offer: Given Chávez’s unremitting hostility towards American imperialism and the CIA’s record of more than 50 assassination attempts against such world political leaders, if his illness and death were NOT induced, the CIA was not doing its job. The world’s media, however, did its job by overwhelmingly ignoring such “conspiracy” talk, saving it for a more “appropriate” occasion, one involving their favorite bad guy, Russia.

If I could speak to British prime-minister Theresa May and her boorish foreign minister Boris Johnson I’d like to ask them: “What are you going to say when it turns out that it wasn’t Russia behind the Skripal poisonings?” Stay tuned.

Another of the many charming examples of Cold War anti-communism

Nostalgia is on the march in Brazil, a longing for a return to the military dictatorship of 1964-1985, during which nearly 500 people were killed by the authorities or simply disappeared. It was a time when the ruling generals used systemic brutality, including electric shocks, as well as psychological torture in their effort to cement power and ward off what they called “communism”. They also stole many of the very young children of their victims and gave them to their followers, whom the children then believed to be their parents.

Crime is the main problem in Brazil today, the leading reason for the desire to return to the good old days of dictatorial rule. An estimated 43 percent of the Brazilian population supports at least a temporary revival of military control, according to a 2017 poll, up from 35 percent in 2016. Fear of violence, whether it be terrorism or street crime, has fueled support for authoritarian parties and bolstered populist leaders with tough-on-crime, anti-immigrant platforms around the world, from President Rodrigo Duterte in the Philippines to Chancellor Sebastian Kurz in Austria to a fellow named Trump in the good ol’ U.S. of A.

“Thanks to you, Brazil did not become Cuba!” the crowd chanted at a recent demonstration in Brazil, some snapping salutes.

This is indeed the height of irony. In all likelihood many of those people were not strangers to hunger, struggling to pay their rent, could not afford needed medical care, or education; yet, they shouted against a country where such deprivations are virtually non-existent.

The United States of course played a significant role in the 1964 overthrow of the Brazilian democracy. How could it be otherwise in this world? Here is a phone conversation between U.S. President Lyndon B. Johnson and Thomas Mann, Assistant Secretary of State for Inter-American Affairs, April 3, 1964, two days after the coup:

MANN: I hope you’re as happy about Brazil as I am.

MANN: I think that’s the most important thing that’s happened in the hemisphere in three years.

LBJ: I hope they give us some credit instead of hell.

Does the man ever feel embarrassed?

In his desperation for approval, our dear president has jumped on the back of increased military spending. Speaking to the presidents of Estonia, Latvia and Lithuania he said that he should be given “credit” for pressuring countries like theirs to give more money to NATO. None of presidents had the nerve to ask Mr. Trump why that is a good thing; perhaps pointing out that some of the millions of dollars could have been used to improve the quality of their people’s lives.

A few days later, at the White House Easter Egg Roll the president “bragged to a crowd of children about increasing military spending to $700 billion.” One can imagine what their young minds made of this. Will they one day realize that this man called “The President” was telling them that large amounts of money which could have been spent on their health and education, on their transportation and environment, was instead spent on various weapons used to kill people?

The size of the man’s ego needs can not be exaggerated. The Washington Post observed that Trump instructed the Lithuanian president

to praise him on camera, just as he said she had done privately in the Oval Office. She obliged, saying changes to NATO would not be possible without the United States and that its ‘vital voice and vital leadership’ are important. Trump pressed her: ‘And has Donald Trump made a difference on NATO?’ Those in the room laughed, as she confirmed he has made a difference.

Thank God some of those in the room laughed. I was beginning to think that all hope was lost.

The stars we honor

Is it a sign of America’s moral maturation that numerous celebrities have been forced to resign or retire because of being exposed as sexual predators?

Maybe. To some extent. I hope so.

William Blum is an author, historian, and U.S. foreign policy critic. He is the author of Killing Hope: U.S. Military and CIA Interventions Since World War II and Rogue State: A Guide to the World’s Only Superpower, among others.