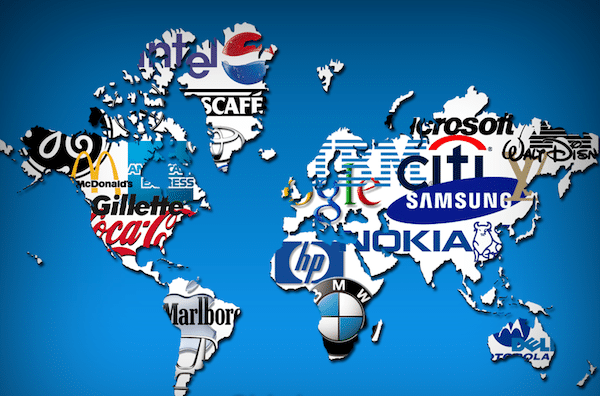 Mainstream economists refer to it as price theory, everyone else value theory. But whatever it’s called, it’s at the center of economists’ differing explanations of what happens in (and alongside) markets.

As I see it, price/value theory serves as the framework to explain a wide range of phenomena, from how and for how much commodities are exchanged in markets through the determinants of the distribution of incomes to the outcomes—for the economy and society as a whole—of the allocation of resources and commodities through markets.

And each price/value theory has a utopian dimension. It’s not just an accounting for and an explanation of the conditions and consequences of commodity exchange; it’s also a way of thinking about the fairness and justice of markets. It therefore informs (and is informed by) a utopian horizon within and beyond markets.

Let me explain. Mainstream economists today generally rely on a price theory that has been produced, disseminated, and revised by neoclassical economists in a tradition that dates from the late-nineteenth century. Students know it as what they learn in the typical microeconomics course, the rest of us by the celebration of free markets in mainstream theory and policy.*

The starting point of neoclassical value theory is that commodities exchange on markets at a price (p*) that is determined by supply and demand.** But that’s only the beginning. According to neoclassical economists, supply and demand are ultimately determined by human nature—a combination of tastes and preferences (utility), know-how (technology), and resources (factor endowments)—which are taken as given or exogenous.

And that leads to one of the major conclusions of neoclassical theory: the prices of goods and services, as well as the distribution of income, are ultimately determined by—and therefore reflect—human nature. That’s important because, if for whatever reason you don’t like the existing set of prices of commodities or the distribution of income, you face the formidable task of changing human nature.

Other significant conclusions also follow from neoclassical price theory, including:

That’s an extraordinary set of conclusions—about commodities, markets, and capitalism—which is why, as I explain to my students, so much theoretical work has to be done to go from the initial assumptions to the final results.

That set of conclusions is the basis of the utopianism of neoclassical price theory. According to neoclassical economists, the capitalist distribution of income is fundamentally fair. If every factor of production (e.g., capital and labor) is remunerated according to its marginal contribution to production, and each individual sells to firms the amount of each factor they desire (because of utility-maximization), the resulting distribution represents “just desserts.” It’s fair on an individual level and it represents justice for society as a whole. Let free markets operate, without any external intervention (e.g., by the state), and the result will be both fair and just.

It’s that powerful conclusion that serves as the starting point for value theory, the critique of the core of mainstream economics—with, of course, very different results.

Take the case of Marxian value theory. Marxian economists accept the notions of fairness and justice, a standard upheld by mainstream economists, and then shows that commodities and markets can’t but fail to achieve those goals. They do this, first, by showing that every commodity has two numbers attached to it—exchange-value and value—not just the one—price—and showing how those two numbers are equal only under a very particular set of assumptions. Then, second, they demonstrate that, even if the two numbers are equal (such that the form of value in exchange equals the value of commodities in production), the production of commodities is based on a “social theft,” that is, the exploitation of workers.

Here’s the idea: assume that all commodities exchange at their values (that is, the kind of world—of free markets, private property, perfect information, and so on—presumed by mainstream economists). Labor power, too, is allowed to be bought and sold at its value. But after the value of labor power is realized in exchange and is set to work, more value is extracted than it costs employers to purchase it. In other words, an extra value—a surplus-value—is created by laborers (during the course of production) and appropriated by capitalists (and then realized, when the finished commodities are sold, in exchange).

My view is that the critique of capitalist class exploitation forms the utopian horizon of Marxian value theory. Since exploitation violates the social norms of fairness and justice (of “just desserts,” i.e., that everyone within capitalism gets what they deserve), it points in a quite different direction: the possibility of creating the economic and social conditions whereby exploitation is eliminated.

The differences between neoclassical price theory and Marxian value theory couldn’t be more stark. The differences are even more dramatic when we compare their utopian horizons. Whereas neoclassical price theory leads to a utopian celebration of capitalist markets, Marxian value theory both informs and is informed by a utopian critique of capitalist exploitation—and therefore a movement beyond capitalism.

In both cases—neoclassical price and Marxian value theory—the story about commodity exchange, and therefore the analysis of the form that wealth takes under capitalism, has a utopian dimension. The two theories have that in common. Where they differ is the form that utopian dimension takes. Neoclassical price theory is guided by a utopianism according to which free markets and private property represent the best possible way of organizing an economy—and therefore should be created and defended by any means necessary. Marxian value theory, as I interpret, serves as a critique of all such utopianisms. It marks their failure, on their own terms, and points in a different direction—toward the possibility (but certainly not the necessity) of eliminating the exploitation that serves as the basis of capitalist wealth, and therefore of creating a different standard of fairness and justice.

*To be clear, modern neoclassical price theory extends some important aspects of the theory originally elaborated by Adam Smith—such as the focus on individuals and the general praise for free markets—but it also represents a fundamental break from Smith’s theory—especially from the classical labor theory of value Smith and other classical economists (such as David Ricardo) utilized.

**It’s actually a pretty complicated set of steps, which most students are never taught. The key is that p*, the equilibrium price, is determined not just by supply and demand, but by the imposition of a third condition—a market-clearing equation—such that the quantity supplied is arbitrarily assumed to be equal to the quantity demanded.