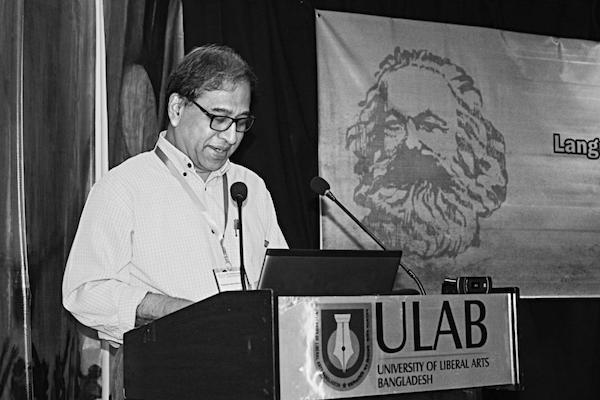 In a Delhi bookshop this October, I came across Karl Marx on India. Edited by Iqbal Husain, former Professor of History at Aligarh Muslim University, and published under the aegis of Aligarh Historians Society by Tulika Books in 2006, the book attracted me too because it contained a long Introduction by the eminent Aligarh historian, Professor Irfan Habib. There was something else in my mind as well as I leafed through the book—Edward Said’s indictment of Marx’s “orientalist” perspective in Orientalism. Since Said’s book has been seminal for me ever since I first read it in 1980, I thought, why not explore how right or wrong Said was to label Marx thus by gauging the importance of Marx’s writings and assessment of India?

Why, How and What Karl Marx Wrote on India

Professor Husain’s Prefatory Note indicates that from 1853 onwards Marx wrote on India for the New York Daily Tribune. Marx’s writings are not ordinarily associated with Indian history; nor are he viewed acas a writer of English prose, and yet here he was writing about the subcontinent in the language for a wide readership year after year! Husain notes though that Marx hated writing these Tribune pieces and deemed them distractions from the major works he was engaged in at that time such as Grundrisse (1857) and the Contribution to Critique of Political Economy (1859). But his state of finances was such that apart from the money he made from his Tribune articles on India and other contemporary happenings, and the support Engels provided him, he had nothing much to go on to support him and his family then; in other words, he wrote his Indian articles because he had to!

Clearly though, the 59 pieces collected in Karl Marx on India were written by someone stirred by events unfolding in the subcontinent in the 1850s, and driven to pursue their deeper implications. It even seems likely that these events were grist for Marx’s developing ideas about capitalism and historical change. In particular, he was attracted to the ravages wrought by British rule in India and the simmering discontent that it had caused among the people of the subcontinent until the lid came off completely in the eruption of 1857. Marx thus became quite absorbed in reporting and analyzing the causes and consequences of the Sepoy Mutiny and appraising the extent of English culpability in the carnage that had occurred then.

The Tribune pieces on India that Marx and Engels contributed collected in Karl Marx on India vary in length quite a bit as well as differ in the intensity of their coverage. Some are only notes while others are of considerable depth as well as length; some merely report current happenings or describe the course of the war succinctly while others are analytical and draw out the implications of what was going on in the cataclysm scarring the subcontinent. However, whenever necessary, Marx provides abundant data to back up his points or make them. Whether he wants to illustrate the huge revenue earned from India by the East India Company and their expenditure on Indians, or detail the miserly attitude of its administrators who cared not a fig for the welfare of the people of the subcontinent but lived lavish lives, he has facts to back him up. Marx offers quite detailed accounts too of the uprisings and resultant fatalities. On other occasions, he provides abundant statistics on the trade between England and India, the transactions involving opium between India and China that profiting only the English rulers and traders, exploiting Indian growers and doping the Chinese customers.

In his reportage on the Sepoy mutiny in India, Marx presents the military aspects of the situation expertly. He comments perceptively on the different stages of the campaign and outlines graphically the tactics followed by the English in quelling the rebellion. He underscores the economic aspects of the Mutiny and the financial implications for England of the continuing campaign, probing into all the figures he could hold off. He slices open the claims of the English rulers, the better to expose their greed and cruelty. In the articles written as early as 1853, he seems to be hinting at the disruptive and destructive potential of English rule; in his final contributions he appears to be saying that though the mutineers had been subdued and the country pacified, Indians were restive. To him, there were ample signs of resurgence of Indians fed up with the way the Company had been abusing them.

Marx as a Writer of English Prose

But the first thing that struck me as I read Karl Marx on India was Marx’s mastery of English prose and the force and clarity with which he can could articulate going-ons in India in the 1850s in the language. For example, he characterizes the Conservative party politician Lord Stanley’s parliamentary maneuverings as symptomatic of “these coalescent times” in the way he had “found a formula in which the opposite views are combined together.” Isn’t that a wonderful phrase and isn’t it something we could apply to the Bangladesh we live in now and especially our country in its election year? This phrase is from his July 1, 1853 piece simply titled “India” which he ends sarcastically by telling his readers that he intends in the next one to expose “the bearing of the Indian Question on different parties in Great Britain, and the benefit, the poor Hindoo may reap from the quarreling of the aristocracy, the moneyocracy, and the millocracy about his amelioration.” Now we may not have an aristocracy, but aren’t the words “moneyocracy” and “millocracy” so apt for the people who dominate our economy and politics in the time we live in as well?

Indeed, the heavy irony we can detect in that quote is one of the dominant notes of Marx’s long pieces on India. The relatively long next Tribune entry of July 11, 1853, “The East India Company—Its History and Results” is full of such ironic comments as are many of the other pieces that follow. Marx thus comments acerbically about the “sharp philanthropy” of the Company while exposing what he calls it “hypocritical peace-cant” since he is actually bent on showing the way Indians were being exploited and the country denuded by self-aggrandizing Company officials with the assistance of their hypocritical backers in English politics. Observe thus Marx’s witty characterization on Benjamin Disraeli’s slide as an orator and a man of principle in “The Indian Question”: “once he succeeded in giving even commonplaces the pointed appearance of epigrams. Now he contrives to bury even epigrams in the conventional dullness of respectability.” Marx’s Critique of Colonial Rule in India

Marx is consistently critical of British colonialism. He would not have the Company’s charter renewed by the government, because he is convinced that all they want is “the privilege of plundering India for the space of 20 years.” He denounces the Permanent Settlement of 1790 and characterizes the zemindari and Ryotwari systems thus set up as “only so many forms of fiscal exploitation in the hands of the Company.” Marx is convinced that even those who criticized government policy and argued for Free Trade like the Manchester politician John Bright was as culpable as the government of trying to ruin India because his special perspective is informed by his need to advocate dumping English textiles in a captive market.

Of special note for us, here in Bangladesh is the essay “The British Rule in India.” As proof of the British Company’s destructive policies, he turns to the plight of the weavers of Bengal, where agriculture and textiles have been devastated by British rule. He gestures at how Europe had once received “the admirable textures of Indian labor” but notes how things have changed ever since “the British intruder…broke up the Indian hand-loom and destroyed the spinning wheel,” in the process of driving out “Indian cottons from the European market.”

Fakrul Alam is a Bangladeshi academic, writer and translator. Currently, he is the Pro-VC of East-West University.