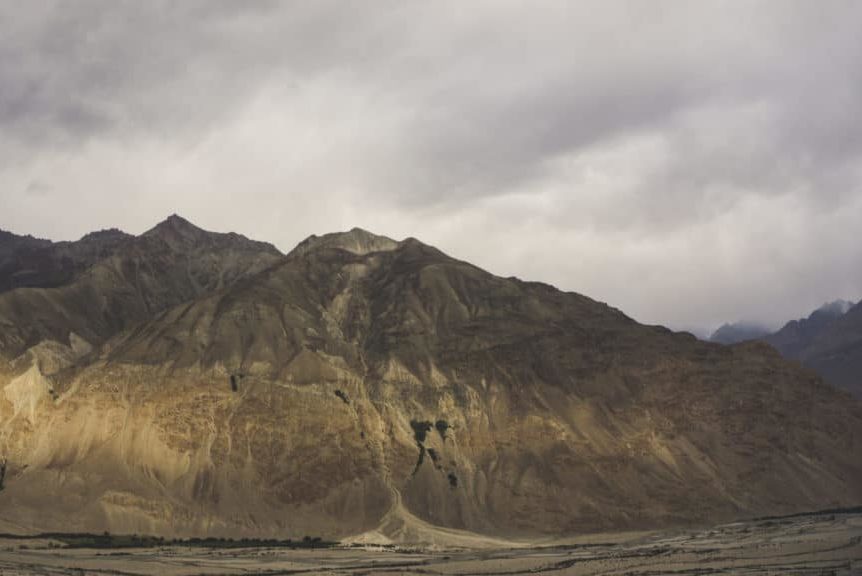 This article was produced by Globetrotter, a project of the Independent Media Institute. —Eds.

It’s difficult to explain the nature of the Afghanistan peace talks. There is no single table with the combatants arrayed on either side. Talks are not even taking place in the same city, since there are at least two sets of discussions ongoing. One location for the peace talks is Doha, Qatar, where the Taliban is meeting with the U.S. government. The other location is Moscow, Russia, where the Taliban has been holding meetings with Afghan opposition leaders—including the former president Hamid Karzai. Absent from both meetings is the incumbent President Ashraf Ghani and his government. The Taliban sees them as illegitimate and irrelevant. Everyone—except President Ghani—says that the talks have made “progress.” But seasoned diplomats say that this “progress” is far too slow for a war that has now lasted 18 years.

Between February and March of this year, U.S. envoy Zalmay Khalilzad and Taliban co-founder Mullah Abdul Ghani Baradar met during the fifth round of peace talks. The Taliban says that there can be no peace unless all foreign forces withdraw from the country. On a practical level, the withdrawal of the 15,000 foreign—mostly U.S.—troops will deliver the country to the hands of the Taliban.

Last week, Taliban forces struck the Afghan government’s troops across the country. Each spring, since 2002, the Taliban and its allies have left their mountain hideouts to conduct guerrilla and conventional attacks on U.S., NATO and Afghan government forces. The epicenter of these attacks has been in Afghanistan’s southeast—Ghazni and Helmand provinces in particular—as well as in the western province of Ghor. Fierce fighting in these areas came alongside suicide attacks in Kabul.

It is likely that whether the U.S. troops remain or go, the Taliban will soon have control of key districts—including access roads out of landlocked Afghanistan. If a deal is reached in Qatar to have the U.S. forces withdraw, the Taliban will eventually take Kabul.

Having made his call for the withdrawal of foreign forces in Qatar, Baradar went to Moscow for the Russia-backed peace talks. Here the Taliban co-founder found a willing ear in Russian Foreign Minister Sergei Lavrov. Both affirmed the need for the departure of U.S. troops from the country as a precondition for further talks.

Karzai, who has emerged as the leader of a section of Afghanistan’s opposition, agreed with this position. Karzai’s former interior minister—Mohammad Hanif Atmar—has now said he would run against Ashraf Ghani in September’s presidential election. Although Atmar fell out with Karzai about eight years ago, the two men are now said to be close. Atmar favors a full deal with the Taliban, whom he sees as a necessary ally in the Afghan government’s fight against ISIS. Ghani, whose term ended on May 22, will face Atmar, who many believe was responsible for Ghani’s victory in 2014.

Russia is eager to see an end to the 18-year war in Afghanistan. Threats of insurgency from Afghanistan have long troubled the Central Asian states, which continue to have close ties to Moscow. Chinese ambitions of the Belt and Road Initiative have suffered from the trouble in Afghanistan, which would be key territory not only for rail and road lines but also for the mining of minerals. Pressure from China on Pakistan—a key Chinese ally—will certainly mount. The Taliban is close to Pakistan, which would like to see the Taliban share power in Kabul in order to protect its interests and to sideline India. In June 2017, China and Russia brought both India and Pakistan into the Shanghai Cooperation Organization, and one of the group’s main mandates is to settle the instability in Afghanistan. Both China and Russia are pushing for a peace deal—even if this means that the Taliban will emerge as a political force in Kabul.

The war on Afghanistan has been ugly. Untold numbers of Afghans have died in this conflict, whose aims are not easy to formulate. United Nations figures show that in 2018 the civilian death count was 3,804—with 900 of them being children. This is the deadliest year for civilians since the United States first began to bomb Afghanistan in 2001.

Death is one consequence of war. Starvation is another. The UN Office for the Coordination of Humanitarian Affairs (OCHA) in Afghanistan said that half of the population would need food assistance over the course of this year. These 3.3 million people will starve as a result of crop failures and dry irrigation channels. Drought in western Afghanistan sent an additional 275,000 people in search of food, walking across the country, bewildered. Hunger will intensify malnutrition and illness. There is little sign of any help for these people.

All signs point to the desire in the Trump administration to withdraw U.S. troops. The International Criminal Court had tried to open a war crimes investigation on the basis of a preliminary finding that U.S. troops had violated international law in Afghanistan. The Trump administration blocked the investigation. On June 7, however, the ICC’s chief prosecutor Fatou Bensouda filed a request to continue her work. It appears that Bensouda is unwilling to allow the case to be politically closed down. On the table in Qatar is a side deal from the United States to accept some of the Taliban’s demands if the Afghan government that will emerge asks the ICC to withdraw the case.

Many European states have begun to deport Afghan asylum seekers on the grounds that they are not “refugees” but are merely “economic migrants.” A Norwegian Refugee Council report from 2018 shows, however, that those deported are forced to flee again. None of this matters to the European states. The rejuvenation of European racism and xenophobia drives the policy. Pressure from Europe to end this war is growing daily. It is likely that this pressure will mount at NATO headquarters, which will have an impact on the timetable for a U.S. withdrawal.

The peace talks in Qatar and Russia will not immediately result in any direct outcome. Afghanistan is damaged beyond belief, its own future less important to the external parties than their own petty gains.