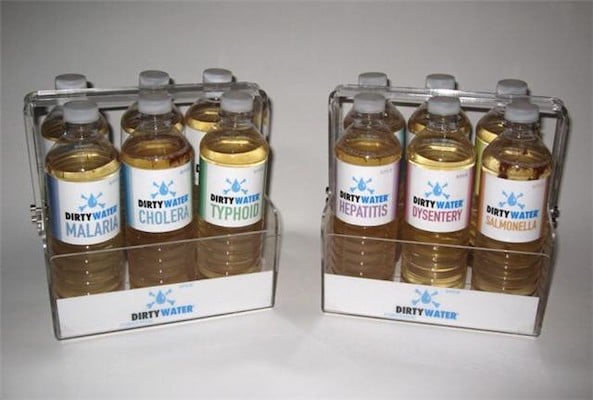 Five years after it was confirmed that the water supply of Flint, Michigan, was a danger to human health, charges have been–at least temporarily–dropped against eight former and present officials who had been facing up to 20 years in prison for a host of felonies. These included charges of voluntary manslaughter in the deaths of 12 people from a 2014 outbreak of Legionnaires’ disease attributed to Flint’s water, which was tainted by pollutants from the Flint River and by lead water pipes.

Michigan’s Democratic solicitor general promised to come back with an even stronger case than the one put together by a special prosecutor under a Republican administration. Essentially, the Democratic prosecutors decided it would be best to scrap the case and build a new one that includes recently discovered documents.

Residents of Flint, a desperately poor and half-Black city of 100,000, were not happy with the news. “The only thing it tells me is our lives don’t matter,” said local water activist Melissa Mays. The congressman that represents Flint, Dan Kildee, predicted the water won’t be safe until the city’s lead pipes are entirely replaced, by the end of July.

More than $30 million has been spent on the Flint water contamination investigation, but so far nobody’s gone to jail. That’s because this is crime of both of institutional racism and the normal workings of capitalism, a system of organized greed in which the social costs of economic enterprise is borne by the people and the environment, while the profits go to the few. If business owners were compelled to foot the bill for the environmental and human damage caused by their enterprises, much of the capitalist economy would be operating in the red, bankrupt. Just as the early industrializing economies of the United States and Britain were built on the labor of enslaved cotton pickers in the Black Belt of the American South, much of today’s American capitalist enterprise is only profitable because poisoning the air and water and soil is, essentially, free — for the businessman. Black and poor people pay the biggest price. Two years ago, the Michigan Civil Rights Commission said the contamination of Flint’s water was at least partly the result of “deeply embedded institutional, systemic and historical racism.” At least 5,000 other water systems across the country are in violation of regulations on lead, which is harmful to children at any level of ingestion. The older cities with large Black populations are at the top of the list.

But, deracializing capitalism won’t fix it. The infrastructure of the United States hasn’t had a makeover since Franklin Roosevelt’s New Deal, 80-some years ago. Why? Because the corporate class doesn’t think they can make sufficient profits rebuilding railroads, vital urban infrastructure, and affordable housing. These capitalists control both political parties, and prevent the government from using tax money to build infrastructure and protect the environment, or make healthcare and housing a right. As long as they’re in control, the rest of us are–like the people of Flint–dispensable.