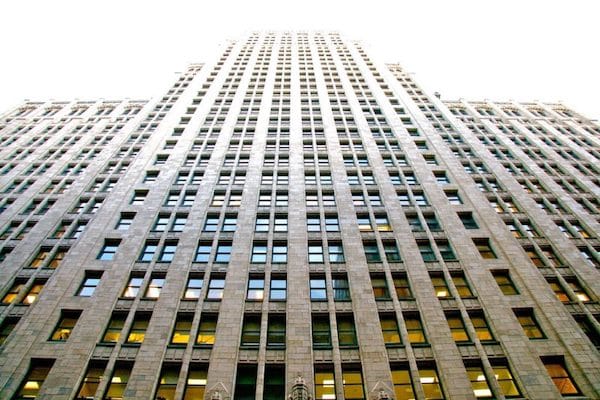 Throughout the mid-20th century, discussions and theoretical debates concerning the nature of the capitalist state persisted within Marxist circles. Some names are tightly connected with these events, including Ralph Miliband, Nicos Poulantzas, and Fred Block. In the end, it appeared that a focus on the structural power of capitalism and its proponents won out, with its emphasis on the limitations that capitalism places on the policy decisions of lawmakers.

Fred Block most succinctly rendered the argument in his now iconic piece from The Socialist Register: “The Ruling Class Does Not Rule.” In this article, Block pointed out that capitalist dictates tied the hands of lawmakers and state leaders, and, in the end, the ruling class need not directly govern the state in order to achieve its will. Instead, corporate elites, or the ruling class, could rely on lawmakers to ensure that corporate interests, broadly conceived, prevail, and that no serious threat to capitalism would develop.

Roughly a decade ago, the world witnessed a severe economic crisis which culminated with President Obama bailing out the same banks that had generated the economic crisis. We have also witnessed new social movements, particularly Occupy Wall Street and Black Lives Matter, both of which have centralized issues of inequality, poverty, and the failure of state elites to address these issues. And, finally, we have seen the rehabilitation of socialism within the U.S. as politicians like Bernie Sanders and Alexandria Ocasio-Cortez have garnered much popularity and, in the instance of Sanders, even a serious run – for a second time – to represent the Democratic Party in the country’s presidential elections.

In my own recent work, I have revisited one particular question concerning the state, which was initially taken up by sociologist Peter Freitag during the heyday of state-theoretical debates and ensuing research on the topic (often titled “power structure research” and involving folks like G. William Domhoff). In his own work, Freitag looked at whether or not corporate elites indeed populated the state, that is, by looking at presidential cabinet appointees from the late 1800s until the Nixon presidency. Since nearly a half century has elapsed since Nixon, my own work updates this study, looking directly at the question of whether the ruling class actually does rule.

Like Freitag, I find that a large majority of presidential cabinets have included corporate elites, which we both defined as: an individual who either possessed a high-ranking managerial position within a corporation (such as a President), a corporate board director, or a corporate lawyer. While Freitag found that 63% of members from 1897-1973 came from the elite corporate sphere, I arrived at a similar, albeit less elevated, number: 52%.

In recent years, though, administrations have evidenced levels higher than this average figure. The last three administrations, for instance, have had levels of 64% (Bush II), 52% (Obama), and 72% (Trump), the latter being the highest level over the past half-century. And, while some might draw distinctions between what interests Democrats and Republicans ultimately cater to, there is little difference between Democrat and Republican administrations on their corporate appointments, with Republicans appointing only a bit more (54%) than Democrats (48%).

In addition, some positions appear much more dominated by corporate elites than others – not surprisingly Commerce and Treasury, but also Homeland Security, HUD, and the State Department. Only Education and Labor have remained interlocked at a rate below 30% across the last several decades.

It should also be noted that cabinet members are slightly more likely to enter into the elite corporate sphere following their tenure in office at a rate of nearly 72%, with Republicans once again sending more into this world (75% vs. 66%). Both dynamics taken together, though, illustrate the obvious presence of a continued revolving door between politics and corporations.

My work on this issue is only descriptive. But, entertaining the basic question of whether or not the ruling class rules: Freitag’s and my own recent work provides an answer in the affirmative.

Block’s and Poulantzas’ contentions that the structural power of capitalism readily prevails despite who occupies the state, directs scholars’ attention to important societal dynamics, namely the dependence states have upon capital and investment. However, would nothing change should Bernie Sanders win the presidency and populate cabinet positions with individuals not immediately drawn from the corporate sphere? Is it possible that such moves could ultimately diminish the structural power of capitalism?

Despite my work not examining the consequentiality of particular cabinet members, a cursory glance at how cabinet members under the Trump administration have operated, provides some indication of their importance: Pruitt targeting EPA requirements, Pompeo/Bolton openly praising the business opportunities in a Venezuela without socialist rule, and Steve Mnuchin recently denying that tariffs will affect consumers, particularly low-income consumers.

Social scientists should assuredly keep the structural constraints of capitalism in mind when developing state theory in the 21st century. However, we should not lose site of the fact that individuals also make history, and that a single-minded focus on the structural constraints of capitalism may only lead to a functionalist interpretation of the state, alongside a cynical approach to politics.

Timothy M. Gill is an assistant professor of sociology at the University of North Carolina at Wilmington (UNCW). His research and publications have focused on U.S. foreign policy towards Venezuela, particularly U.S. democracy promotion efforts during the Chávez administration.