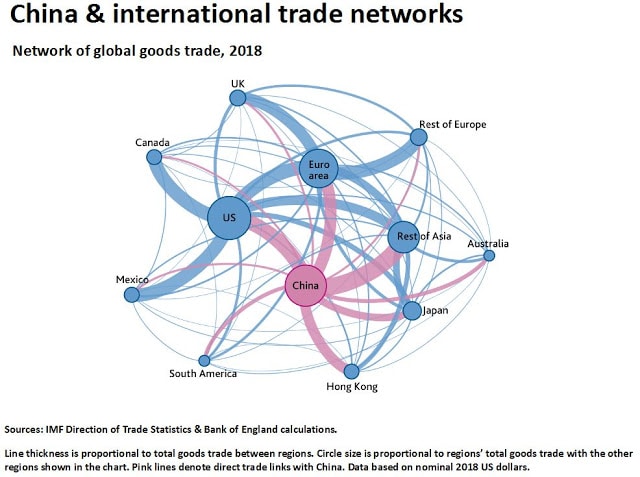 Just in case you had forgotten that China is a major part of the global economy, here is a chart from the Bank of England’s Financial Stability Report. It shows that China’s share of the international trade in goods is bigger than others for South America and Asia (including Japan and Australia). It is nearly as big as total European trade with the U.S.

Annoyingly, Africa is left out of the chart calculations, but I suspect China is also biggest there.

This is a stubborn fact that Trump and friends will find it difficult to deal with as they attempt to bully and isolate China in the world economy. It is also one reason they are very likely to fail.