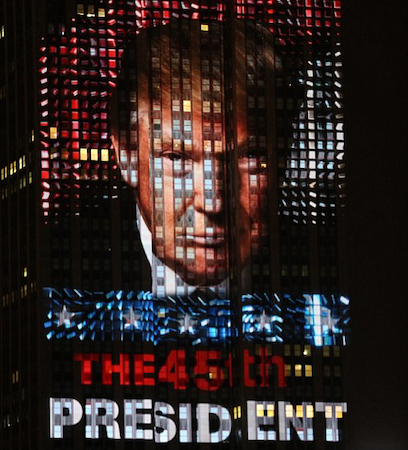 Over the past few months President Trump has unilaterally by Tweet and telephone begun to dismantle the U.S. military’s involvement in the Middle East. The irony is amazing, because in a general overarching narrative sense, this is what the marginalized antiwar movement has been trying to do for decades.(1)

Prof. Harry Targ, in his important piece “United States foreign policy: yesterday, today, and tomorrow,” (MR online, October 23, 2919), reminds us of the factional dispute among U.S. foreign policy elites over how to maintain the U.S. empire. On the one hand are the neoliberal global capitalists who favor military intervention, covert operations, regime change, strengthening NATO, thrusting China into the enemy vacuum and re-igniting the Cold War with Russia. All of this is concealed behind lofty rhetoric about humanitarianism, protecting human rights, promoting democracy, fighting terrorism and American exceptionalism. Their mantra is Madeleine Albright’s description of the United States as the world’s “one indispensable nation.”

On the other hand, as Targ explains, are the Trumpian, “America First” nationalist capitalists. This faction of the ruling class, while also supporting global dominance and a permanent war economy (military-related spending will consume 48 percent of the 2020 federal budget) favors trade restrictions, economic nationalism, building walls and anti-immigrant policies. Although Trump is inconsistent, bumbling and sometimes contradictory, he’s departed from the neocon’s agenda by making overtures to North Korea and Russia, voicing doubts about NATO as an expensive relic from the past that is being dangerously misused outside of Europe, not being afraid to speak bluntly to EU allies, frequently mentioning ending our “endless, ridiculous and costly wars,” asserting that the U.S. is badly overextended and saying “The job of our military is not to police the world.” I would add that Trump is also an “American exceptionalist” but ascribes a very different provincial meaning to the term, something closer to a crabbed provincialism, an insular “Shining City on a Hill,” surrounded by a moat.

This is a high stakes intra-ruling class struggle and neither side cares a fig about what’s best  for the American people or those beyond our borders. At this point it’s impossible to know how it will play out but grasping the underlying dynamics explains much about current U.S. domestic and foreign policy. This understanding may, in turn, point toward how opponents of America’s oligarchic elites can most expeditiously use their time and energy.

Foremost is the fact that Trump’s intra-elite enemies despise him not for being a neo-fascistic demagogue, a despicable human being devoid of a conscience, or for the brouhaha over Ukraine. Their animus is rooted in the conviction that Trump has been a foot dragging imperialist, an equivocal caretaker of empire, unreliable pull-the-trigger Commander-in-chief (e.g.Iran) and transparent truth-teller about the real motives behind U.S. foreign policy. These are his unforgivable sins and if he’s impeached or denied the Oval Office by some other means, they will be real reasons.

One of Trump’s most traitorous acts is that he’s been consistent, at least rhetorically, in being opposed to U.S. troops being killed in “endless wars.” One need not agree with his reasons to find merit in this worthy objective. His motives probably include Nativism, racism, foreign investment stability, the wars causing more refugees to come here, his massive ego, appeals to his voting base, or simply because he believes both he and the “real America” would be better off. For him, the latter two are synonymous.

For this treachery, those arrayed against Trump include at least, the Pentagon-CIA-armaments lobby, MSM editors like those at CNN, The New York Times and The Washington Post, NSA, Zionist neocons, the DNC, establishment Democrats, some hawkish Republican senators, many lifestyle liberals still harboring a  sentimental faith in American goodness and even EU and NATO elites who’ve benefited from being faithful lackeys to Washington’s global imperialism.

In a recent interview, Major Danny Sjursen, retired army officer and West Point instructor with tours of duty in Iraq and Afghanistan, notes that “The last bipartisan issue in American politics today is warfare, forever warfare.” In terms of the military, that means “…even the hint of getting out of the establishment interventionist status quo is terrifying to these generals, terrifying to these former intelligence officers from the Obama administration who seem to live on MSNBC now.” Sjursen adds that many of these generals (like Mattis) have already found lucrative work with the military industrial complex.(2)

In response to Trump’s announcement about removing some U.S. troops from the region, we find an op-ed in The New York Times by Admiral William McRaven where he states that Trump “should be out of office sooner than later. It’s time for a new person in the Oval Office, Republican, Democrat or Independent. The fate of the nation depends on it.”  The unmistakeable whiff of support for a soft coup is chilling. If Trump can’t be contained, he must be deposed one way or another.

And this is all entirely consistent with the fact that the national security state  was totally caught off guard by Trump’s victory in 2016. For them, Trump was a loose cannon, erratic and  ultra-confrontational, someone they couldn’t control. Their favored candidate was the ever reliable, Wall Street-friendly, war-mongering Hillary Clinton or even Jeb Bush. Today, barring a totally chastised Trump, the favorites include a fading Biden, Pence, a reprise of Clinton or someone in her mold but without the baggage.

For Trump’s establishment enemies, another closely related failing is his habit of blurting out inconvenient truths. I’m not the first person to say that Trump is the most honest president in my lifetime. Yes, he lies most of the time but as left analyst Paul Street puts it, “Trump is too clumsily and childishly brazen in laying bare the moral nothingness and selfishness of the real material-historical bourgeois society that lives beneath the veils of ‘Western civilization’ and ‘American democracy.’”(3)

All his predecessors took pains or were coached to conceal their imperialist actions behind declarations of humanitarian interventionism but Trump has pulled the curtains back to reveal the ugly truths about U.S. foreign policy. As such, the carefully calibrated propaganda fed to the public in endless reiterations over a lifetime is jeopardized whenever Trump utters a transparent truth. This is intolerable.

Here are a few examples culled from speeches, interviews and press reports:

As noted earlier, the endgame is not in sight. Trump seems without a clear strategy for moving forward and from all reports he can’t depend on his current coterie of White House advisors to produce one. Further, he may lack the necessary political in-fight skills or tenacity to see it through. When some of his Republican “allies” savaged his announcement to withdraw troops from Syria, he backtracked and made some, at least cosmetic concessions. However, the fact that Trump’s  position remains popular with his voter base and especially with veterans of these wars will give pause to Republicans. If some finally join the Democrats in voting for impeachment over Ukraine-gate they may minimize re-election risks by hiding their real motives behind pious claims — as will most Democrats — about “protecting the constitution and the rule of law”.

Now, lest I be misunderstood, nothing I’ve written here should be construed as support for Donald Trump or that I believe he’s antiwar. Trump is aberration only in that his brand of Western imperialism means that the victims remain foreigners while U.S. soldiers remain out of harm’s way. He knows that boots on the ground can quickly descend into bodies in the ground and unlike his opponents, coffins returning to Dover Air Base are not worth risking his personal ambitions. This is clearly something to build upon. We don’t know if Trump views drones, cyber warfare and proxies as substitutes but his intra-elite opponents remain extremely dubious. In any event, that’s another dimension to expose and challenge.

Finally, we know the ruling class in a capitalist democracy — an oxymoron — expends enormous time and resources to obtain a faux “consent of the governed” through misinformation conveyed via massive, lifelong ideological indoctrination. For them, citizen’s policing themselves is more efficient than coercion and precludes raising questions that might delegitimize the system. Obviously force and fear are hardly unknown — witness the mass incarceration and police murder of black citizens — but one only has to look around to see how successful this method of control has been.

Today, we see promising political fissures developing, especially within the rising generation, and it’s our responsibility to help deepen and widen these openings through whatever means at our disposal.

Gary Olson is Professor Emeritus of Political Science at Moravian College, Bethlehem, PA. He can be reached at: olsong@moravian.edu. Read other articles by Gary.