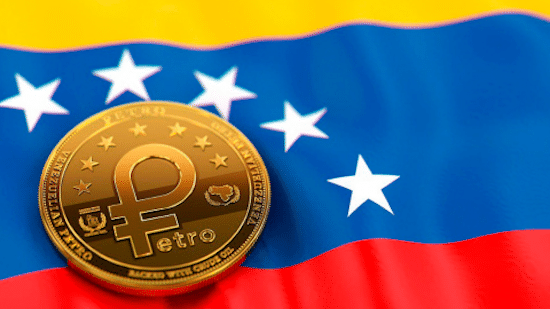 This chapter of “In Commune” explores the Pancha Vásquez Commune in Apure state, where communards are working hand in hand with local farmers to fight smuggling and speculation with autonomous barter systems and communal markets.

The municipality of Rómulo Gallegos in Apure state is home to Elorza, a town famous for its multitudinous festival of traditional Venezuelan music and dance. Chávez is said to have developed his leadership and militancy in Elorza during his early days of political organizing in the 1980s. Apart from Elorza’s rich history and culture, the rural areas of the Rómulo Gallegos municipality are also some of the leading Venezuelan lands for cattle and dairy production.

In 2014, fourteen communal councils spread along the banks of the Arauca River joined together to form the Pancha Vásquez Commune. This commune has brought together more than 938 families, 900 family owned farms, and extends over more than 100,000 hectares of the Rómulo Gallegos municipality, as well as part of the neighboring municipality of Muñoz.

Although this area is highly productive, the local inhabitants also require access to industrialized products which are produced elsewhere, such as rice, sugar and flour. The proximity of the commune to the Colombian border has contributed to unaffordable prices and scarcity of these basic staples.

The wave of massive speculation, hoarding and smuggling in 2015 had a profound impact on the residents of the Pancha Vásquez Commune. One of the first challenges taken on by the commune was to confront this situation through a network of communally controlled distribution channels.

The experience of the Popular Food Committee strengthened the Pancha Vásquez Commune politically and quickly led to more complex and dynamic experiences of distribution.

Another issue that the commune must take on is a commerce which is different from capitalist trade, a popular, fair, solidary commercial activity, one that doesn’t rob our neighbors, or the people. Because capitalism is a savage commerce, which inflates everything. No. You have to set a fair, solidarity prices… a new trading system; a new productive system and the means of production or the land, the machinery for the raw material… knowledge in the hands of society, in this case in the hands of the commune.

The lack of paved roads deeply affects the capacity of the commune’s farmers to distribute their products. This has left them at the mercy of intermediaries who pay extremely low prices, and then re-sell food for huge profits in urban centers.

In order to tackle this problem, the Pancha Vásquez Commune has created a new combined system which guarantees the direct distribution of local in exchange for processed food products. The commune does not possess collective lands as do some other rural communes,, but it does have a strong relationship of trust with the farmers in their territory. This relationship has allowed for the exchange of locally produced meat and cheese products for industrialized staples with other communes as well as trade unions and workers in state-owned and mixed companies on a national level.

Not all the farms in the territory of Pancha Vásquez have the conditions to raise cattle, but they are not left out of the distribution system. When the products are exchanged, all families in the communal territory, as well as neighboring communes, have the possibility to purchase them. This expression of solidarity has played an important role in promoting the revolutionary spirit as well as dedication to the commune and popular power as the model of socialist development in the territory.

The Pancha Váquez Commune has also created other local solutions to the problem of intermediaries. Since 2014, the commune has established a communal open air market for small scale farmers. Every Saturday without fail, the local farmers flock to the market, mostly in canoes on the Arauca River, to sell their products directly to consumers in Elorza.

A council, made up of the local farmers from the Pancha Vasquez Commune and nearby territories meet on a regular basis to collectively analyze costs in order to guarantee uniform and fair prices for the producers and consumers.

The capacity of the Pancha Vásquez Commune to control the distribution of food in such an important area for agricultural production is no small feat. This has earned them powerful enemies, some even within the state, who have on occasion looked to sabotage their advances.

The commune has not let these obstacles dampen their revolutionary fervor. Spokesperson Juan Fernández recalls that Chávez has warned that this kind of “political pettiness” could occur, but that “the communes cannot be appendices of mayor’s offices or political parties….the communes belong to the people, to the organized popular power…”

The meticulous transparency, extensive solidarity and tireless labor of the Pancha Vásquez Commune has allowed the communards to continue growing despite the odds. They are currently developing projects for paved roads and a communal bank, which instead of lending and saving money, lends farm machinery and agricultural products. They are also preparing to take over nearby unproductive lands in order to consolidate their communal economy with collective agricultural production.

Just five years after taking shape, the Pancha Vásquez Commune has shown to be a true force for the advance of a communal economy and the communal state. It has become a reference point during these times of crisis, showing that the commune is a space of organization and accountability which can advance at leaps and bounds both in terms of improving living conditions as well as laying the building blocks for the construction of socialism.