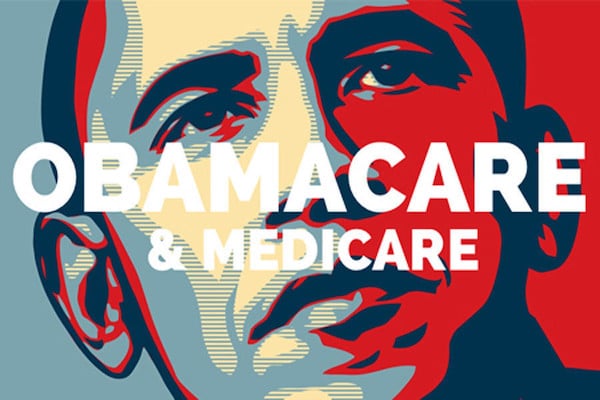 There is an old saying “Fool me once shame on you, fool me twice shame on me.” That saying is relevant for the current healthcare debate in which former Vice-President Biden and elite Democrats are touting a reheated version of Obamacare with a public option. It is a case of trying to fool the American public twice.

Adding an Obamacare public option will not solve the healthcare problem. Worse yet, it misses an historic opportunity to heal the festering wound of healthcare via a single-payer system as proposed by Senator Bernie Sanders.

There are four major approaches to healthcare:

All are consistent with capitalism. However, Canada unambiguously proves single-payer delivers better healthcare for ordinary people than private insurance. Moreover, in single-payer systems, those who want supplementary insurance over and above the single-payer plan can purchase it from private insurers.

Despite that, elite Democrats are blocking Medicare for All, even stooping to slander it as “socialist” in the hope of scaring the general public. That tactic reveals the fallen nature of the Democratic Party and it was excoriated by President Truman in a 1952 speech:

2. The facts about Obamacare

A major obstacle to getting beyond Obamacare is people have never been given the full picture. The corporate media reports the fight between the Republican and Democratic establishments, making it look as if the debate is fully covered. However, since Obamacare is a private insurance scheme, that is like saying the alphabet runs from A to C.

The media fails to report Obamacare’s full downsides and possible alternatives. That is a form of fake news by “omission”, which is a cousin to right-wing fake news by “falsehood”.

The full picture begins with President Obama’s “big lie” that no one would lose their healthcare policy. In fact, about three million families had their policies cancelled.

Obamacare was a financial mugging of the self-employed middle class

On the plus side Obamacare provided health insurance to about nine million poorer households. On the downside it cancelled the pre-existing policies of about three million self-employed middle-class families and forced them to buy Obamacare policies or face a large fine. Many more were also forced to bite bullet for the same reason.

The new replacement policies were vastly more expensive and inferior. That was because poor people tend to be worse healthcare risks and Obamacare did not fully cover their cost as that would have required politically unpopular tax increases.

Since private insurance companies must make a profit, the self-employed middle-class were forced to cover the gap. The result was punitive middle-age individual premiums of $700 per month ($8,400 per year) with deductibles of $6,000 per year.

Obamacare’s middle-class losers were predominantly white. Its winners were disproportionately minorities. Consequently, in addition to fueling middle-class anger, Obamacare also fell atop the historic U.S. racial fracture. When combined with the anger and racist xenophobia created by globalization and the racist paranoia created by the War on Terror, it contributed to the national surge in anger and racism.

Though politically marketed as a program for the poor, behind the scenes one of the biggest winners were health insurance companies.

Obamacare expanded private insurance to poorer households, channeling millions of new customers into the system at existing high premiums. That is why insurance companies supported it. Next in line came hospitals and medical device companies who gained customers via insurance expansion. The windfall gains are visible in soaring company stock prices.

In effect, Obamacare hugely extended the health-industrial complex. That extension provides a classic example of capture theory, whereby business captures government and has government serve business’ interest under the guise of the public interest.

3. An Obamacare public option versus Medicare for All

Though an improvement, an Obamacare public option does not fix the problem. It too must be paid for. Private insurance companies will “cherry pick” the insurance pool so that less healthy high risk households end up on public insurance.

That promises to raise the cost of public coverage, setting-up government to look like a failure. Side-by-side, the inefficiencies and extortions of private insurance will persist.

The net result is Obamacare mark II promises to permanently swindle the country by cementing the healthcare-industrial complex’s ability to exploit households and forever suckle from government’s breast–just like the military-industrial complex.

In contrast, Medicare for All offers an opportunity for redemption. It can heal the wound of healthcare and escape the curse of the healthcare-industrial complex.

If economists are right, healthcare savings will go to workers. Economists say workers are paid the value of their economic contribution (their “marginal product”). That payment comes in the form of wages and health benefits. According to that logic, if private health benefits go down wages will go up.

As if by fate, the Corona virus provides a timely warning. Private healthcare with large deductibles and uncertain coverage means individuals will not seek care when they need it. For the Corona virus and other contagious diseases that can be fatal for both individuals and society.

Also By Thomas I. Palley in Monthly Review Magazine