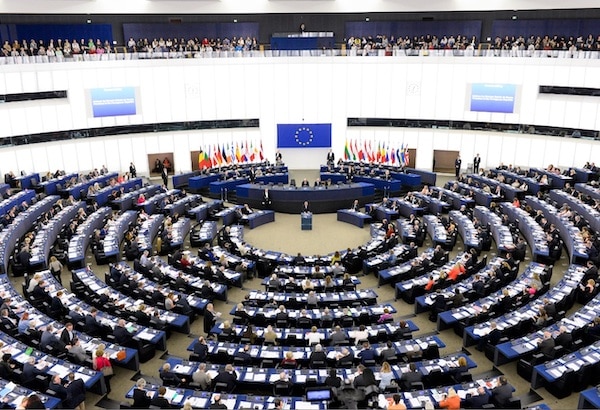 There are so many wheels coming off that analysts and the business press is on coronavirus crisis overload. And unlike 2008, the Fed can’t save anyone from the Grim Reaper.

Due to being time constrained, we’ll give only a broad brush treatment.

As bad as things look, the press is oddly underplaying the big economic risk that could move the world rapidly in the Great Depression direction: the collapse of the Italian banking system. Eurobanks would almost certainly be engulfed. They are generally undercapitalized. The EU dithered after the crisis. First. it implemented half-baked resolution schemes that if anything increase the risk of bank runs, then repeatedly rejected Italian pleas for help or rule waivers. The EU had a huge row merely trying to fill the upcoming Brexit-induced budget gap. It would take a massive bailout to rescue Italy’s banks, either in the form of large scale direct aid to Italians to keep the country solvent, or to its banking system.

The lockdown of Italy will kill just about all commerce. Hardly any business are allowed to remain open. Retail, restaurants, entertainment, non-essential businesses, all shuttered. Italy’s economy had already shrunk 10% post crisis. The country’s economic base is small and medium-sized businesses, many of which are barely getting by because Italy’s banks are letting them get away with zombified loans.

CNN politely calls the likely result of the shutdown a “deep recession“. No D words allowed!

Italy has imposed sweeping nationwide restrictions on travel and public life, a desperate attempt to contain the coronavirus outbreak that looks set to plunge the world’s eighth largest economy into a steep recession.

The measures announced late Monday include travel restrictions on 60 million residents, a ban on public events, the closure of schools, movie theaters, museums and gyms, and limits on opening hours for restaurants, bars and shops…The restrictions are in place until at least April 3.

Taken together, the unprecedented measures are likely to push an economy that contracted in the final three months of 2019 into a sharper downturn that will put Italian hotels, travel companies and restaurants under intense pressure.

How does the country function? Yes, the government is allowing mortgages to go unpaid. But what about business rents? Income for expenses like food and gas? This is a massive shock to an already distressed economy.

Some members of the press have taken note. For instance, from Euromoney:

Italy’s financial sector and public finances are uniquely vulnerable to the Covid-19 crisis. Business loans, above all, are under threat, as Italy’s economic structure is particularly reliant on small and medium-sized businesses, while its judicial system has routinely proved itself incapable of processing collateral claims sufficiently quickly.

Davide Serra, Italian founder and chief executive of financial institutions specialist Algebris Investments, believes that there is little chance of a 2008-style liquidity crisis in Italy, or elsewhere in Europe’s banking sector…

The biggest question, everyone agrees, is how long the downturn in demand will be. If it is brief, will people start spending again after a month or two, making up for lost spending by using what they have saved while in isolation? “If not, we are talking about going back to the Middle Ages: no company will survive,” says Stefano Visalli, founder of Oxy Capital, an SME-focused private equity company in Milan.

The article admittedly has some ideas as to what might be done, but with a hole this big, the only real remedy is serious fiscal spending and the EU is allergic to that.

Italy is the eurozone’s weak link…The issue is not whether Italy will have a recession….

Nor is it really a question of how deep the downturn will be…Were the economy to remain effectively immobilised until the end of June, he says there could be a 4.5% drop in output in the second quarter….

That said, for the rest of Europe Italy is a country that is too big to fail. So what’s really at stake is not whether Italian GDP contracts by 1.5% or 4.5% in the second quarter but whether its financial crisis proves contagious. As it might.

Charles Dumas, of TS Lombard, says: “The banking system is unlikely to be able to remain solvent or liquid in the current conditions of nationwide lockdown. The tourist industry is effectively dead for 2020. Fiscal stimulus could be counterproductive if, as is possible, investors demand a much wider credit spread to accept fresh Italian paper. Italy will need massive support from eurozone partners to avoid going the way of Greece…

Instead, the onus is on individual governments and the European commission to show that they have learned lessons from the counterproductive obsession with the budgetary orthodoxy that delayed the eurozone’s recovery from the 2008-09 financial crisis.

In the meantime, let us quickly acknowledge the stomach-churning events so far:

Trump managed to make a bad situation worse with his speech last night. No serious detail on what to do to save lives, save the lame idea of a travel ban from Europe, which means efectively flights to Europe too. Even though the ban can be circumvented by flying through London or Dublin, that move still gave the already sick oil markets another kick in the teeth. For instance, from Bloomberg:

“All the ‘solutions’ we are seeing from the powers that be are reminiscent of the great financial crisis. Bailing out the zombies while structural issues surrounding allocation of resources remain—liquidity does not control the spread of this virus. Where are the hospital beds, ICUs, doctors, medical equipment and vaccine R&D?”

Congress is channeling the ghost of Andrew Mellon. From The Hill:

A push to cut the payroll tax as part of an effort to revive the economy is facing steep headwinds on Capitol Hill.

Trump has spent days making the pitch publicly, as well as privately, as Washington is under growing pressure to try to shore up the stock market, which has plummeted this week over growing concerns about the growing coronavirus outbreak.

House Democrats are set to unveil an economic response package that does not include a payroll tax cut. Meanwhile, Senate reactions range from deep skepticism to, in some cases, outright opposition, raising questions about whether a plan could ever reach Trump’s desk.

So the Republicans don’t like spending and the Democrats don’t want to give Trump a win, particularly this year.

Aside from that, Mrs. Lincoln, how was the play?