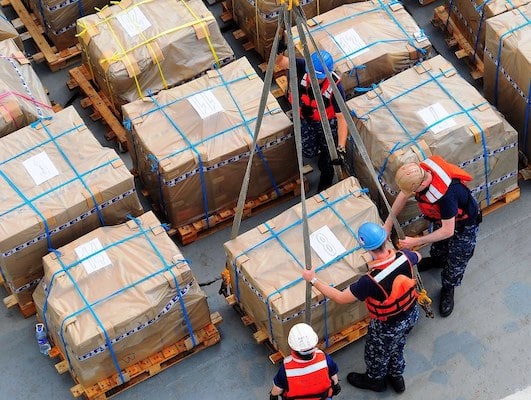 The first big need is medical supplies, facilities and personnel. That is why we need to finance immediate domestic production of masks, oxygen tanks, ventilators, and the construction and staffing of field hospitals, including the conversion of existing structures such as hotels, dormitories and stadiums, and the hiring and upgrading of staff.

Ideally HHS should finance supplies, the Army Corps of Engineers should run construction, and FEMA should manage and coordinate. The Federal Reserve should be empowered to buy unlimited debt from state and local governments and both debt and equity from private companies. If Congress cannot agree quickly on specifics, create a government-owned Health Finance Corporation and give it unlimited full-faith-and-credit bonding authority, as was done for the Depression and WWII.

Maintaining vital civilian supplies, especially food, medicines and fuel, is the second big need. This is a two-part problem. The first part is to make sure that there are goods in the stores and pharmacies, and that gas stations and drive-through restaurants can remain open. The second part is to ensure that those at home have the means to pay, and that local distribution remains orderly.

To keep supplies flowing, there must be higher pay and credible protections for essential workers, such as drivers, stockers, checkout clerks and security guards. Amazon and Walmart are already raising pay. Groceries, pharmacies and service stations must most urgently protect their workers, who are exposed to hundreds of customers every hour, from getting sick. After health care, protection should go there. Distribution networks will break if stores can’t stay open or if shoppers won’t go in.

Payroll replacement through the business is the best solution for those on existing payrolls, as Glenn Hubbard has written. The employer can get an interest-free loan from the bank, cover payroll, and claim a reimbursement from the federal government on quarterly taxes. Small business owners can pay themselves, up to a cap. This approach is seamless, sensible, precisely-targeted. Coverage can be discounted. The UK is doing 80 percent of payroll; Denmark is doing 75 percent. U.S. workers likely have more out-of-pocket work-related costs, such as commuting, so 70 percent might be right. There should be a supplement for tipped workers; employers know who they are. Audits later can deter fraud.

For self-employed and gig workers, the fast efficient way is to q ualify them for unemployment insurance as long as necessary. If wage workers remain on payrolls, it will be much easier for the UI system to ramp up and meet the new claims. Similar terms and discounts should apply.

Orderly distribution must be maintained. There seem few problems yet with the raw supplies of most basics. But if goods can get to the shelves, will they soon disappear into the hands of hoarders and black marketeers? The solution is not to ration by price! If prices go up too much, people will panic. Markets will not adjust; they will collapse. Prices must be held to costs. For the most part, large distributors will do this; they have reputations to protect.

A shortage economy may arrive anyway, with long lines to get into stores, empty shelves inside, and black markets all around. This would be a health disaster. Lines are already a byproduct of mandatory social distancing rules. Some shortages have been reported–sanitizer and toilet paper, notably.

The solution is to limit sales per customer, and if necessary to control prices and ration basics like rice, potatoes, flour, pasta, eggs, milk and cooking oil and staple meats. Rationing and price controls can be run by local authorities under a general hold-the-line order, as was done in World War II from April, 1943 onward. Put up signs with the allowed prices. Civilians will enforce them.

All evictions, foreclosures and utility stoppages must be stopped. People need to remain safe and secure in their homes whether they can pay the bills or not. For those still being paid or getting relief, a deferral on rent and mortgages, discounted by the degree of lost income, may suffice. For those left out, probably the best thing is to hold everyone harmless for now and plan to sort it out later.

Basic communications–internet, cable, phone–should be made free for the duration. To make films and concerts free would also greatly help people to cope. The government can reimburse communications companies for the cost.

All other utilities need to run as public services; the crucial goal being to maintain access, calm and order, at stable prices. With stores and factories shut, it is unlikely that power supplies will run short. Again, decisions on how to deal with unpayable arrears can come later.

James K Galbraith teaches at the LBJ School of Public Affairs, The University of Texas at Austin, and is the author most recently of “Inequality: What Everyone Needs to Know” and “Welcome to the Poisoned Chalice: The Destruction of Greece and the Future of Europe.”
View all posts by James K. Galbraith →

Is capitalism a disease?
Some basic lessons from the pandemic