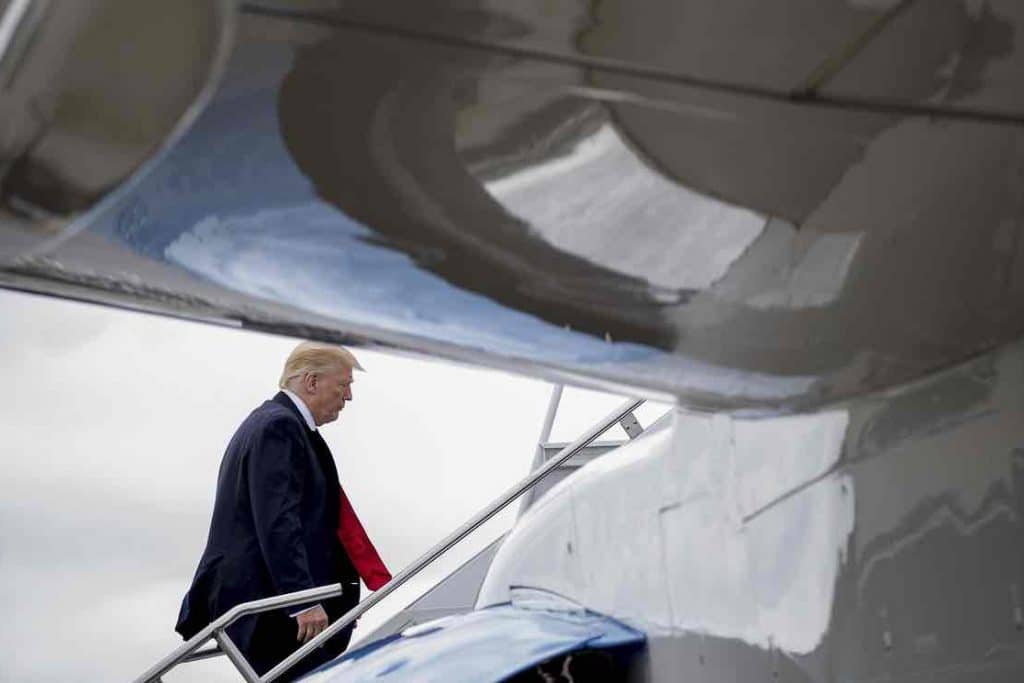 ‘What we see this week is a shallow farce, beginning with a plan to move air traffic control to a private, non-profit corporation run by the airlines.’ Photograph: Andrew Harnik/AP.

Visitors to these American shores – if they squint and look real close – may be forgiven for thinking that they’ve stumbled back into socialism. We still have a federal post office. We have a national railroad – ok, it’s not much. And here in Texas, I pay my water, sewer, and electric bills to the local government, send my kids to the public schools (free, with orchestras) and teach at a state university. At 65, I have reached the age of social security and Medicare without working a day in the private sector.

Instead, commuter roads make possible exurban sprawl – large houses on cheap land, the foundation of America. And all that commuting sells cars, so that between selling cars and building houses we have what we call “economic growth”. It can be no surprise that our Developer-in-Chief has been a big-spending Democrat on this issue, however rightwing on all other questions.

But Donald Trump’s infrastructure plan, the darling of his campaign, the cynosure of his inaugural address and and the sparkling gem of his first speech to Congress, doesn’t actually exist. The Republican leaders of Congress killed off that plan months before Trump ever reached the Oval Office. Why? Because under the laws of accounting, federal spending requires either debt or taxes. And also, most of the infrastructure is in cities, which is where Democrats tend to live.

The rest of Trump’s plan involves – you guessed it – “leverage”. That means trying to persuade the world’s suckers that state and local governments and private companies will invest $4 for every one put up by the federal taxpayer, a miracle of loaves and fishes in the form of bridges and roads, turning a mere $200bn over a decade into a full trillion dollars. And that these entities will thereby assume the debt that the federal government is blocked from taking on.

There are just two problems. First, not every state or city can issue new debt at reasonable cost, even if it wants to. The cities with the greatest needs (think Flint, think water) are the poorest, oldest, blackest ones, not the new and the rich and the white. Second, local governments fund local projects. They don’t think about national problems, let alone those of the planet. You will never get the green energy equivalent of the transcontinental railroad or the interstate highway system in this way.

And local governments are controlled by developers. So what we will get from this, if anything, is more toll roads, toll bridges, more sprawl, more cars, more rake-offs and in the end, more financial trouble and more bail-outs. We might also get more reckless deregulated electric utilities (think Enron), more private water systems, more pay-through-the-nose communications. Of course, there will be some economic growth along the way. But in the meantime? Trust me, I live in Texas, well known as “Mississippi with roads”. We’ve been pioneering this sort of scam for years and years.

James K Galbraith teaches at the LBJ School of Public Affairs, The University of Texas at Austin, and is the author most recently of “Inequality: What Everyone Needs to Know” and “Welcome to the Poisoned Chalice: The Destruction of Greece and the Future of Europe.”