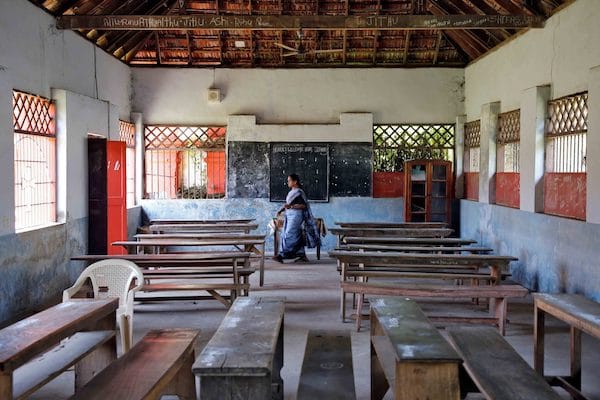 KK Shailaja is the health minister in the Left Democratic Front government in Kerala, the state in the southwest of India that has a population of 35 million people. On 25 January 2020, she convened a high-level meeting to discuss the outbreak of Covid-19 in Wuhan, China. What had particularly worried her is that there were many students from Kerala studying in that province of China. Shailaja had won widespread praise for the swift and efficient way she had steered her department through the Nipah virus that hit Kerala in 2018. She recognised that there was no time to be lost if the virus spread from Wuhan; the government had to set up mechanisms for identifying possibly infected persons, and then for testing, mitigation, and treatment. On 26 January, her department set up a control room to coordinate the work.

Kerala’s Health Department, using the precedent of the Nipah virus campaign, went into action. They set up 18 committees to get to work and held daily evening meetings to evaluate their actions; a key feature of the work was the daily press conferences after these meetings, where Shailaja calmly and rationally explained what was going on and what her department was doing. These press conferences–and later those of the Chief Minister Pinarayi Vijayan–provided the leadership needed for a population that first needed to be educated about the severity of the virus and then needed to participate in a mass campaign to defeat its lethalness.

A medical student who was in Wuhan who had the coronavirus returned home and was tested positive on 30 January; subsequently, two more students came back with the virus. The system set up by Kerala’s Health Department located them; they were tested and put into isolation. They recovered from the virus, and there was no secondary or community spread. The government did not dismantle the system, since it became clear immediately that this virus was going to be virulent, and it would not be so easily tackled.

By March, the numbers of coronavirus positive cases increased, largely as people came to Kerala from Europe. The population of Kerala is extraordinarily mobile, with large numbers of its people studying and working across the globe. This international character of the population makes the state susceptible to pandemics.

But how do you know if you have the virus? The World Health Organization said that the only way to do this is to test the population–everyone who exhibits the key symptoms–and then make sure that those who are infected quarantine themselves. For a variety of reasons, largely to do with the inefficiency of governments that are more interested in the state of the stock markets than in the state of their populations, these tests are in short supply. The government of India has been remarkably lackadaisical about healthcare expenditure: it has spent merely 1.28% of the gross domestic product on health, which has meant that there are only 0.7 hospital beds per 1 000 people, there are only 30 000 ventilators in the country, and there are only 20 healthcare workers per 100 000 people (below the WHO standard of 22). It is not prepared for a global pandemic.

The government of Kerala–run by a coalition of communist and Left parties–has tested the highest number of samples for the coronavirus in India so far. In order to “break the chain”, the government has been conducting rigorous “contact tracing”, or studying whom the infected person has been in contact with and then whom that person has been in contact with so that the entire chain of possibly infected people can be informed and put into isolation. Route maps showing the places that the infected persons have been to are being published, and people who were present at that time at those places are asked to contact the health department so that they can be screened and tested. The route maps are widely disseminated through social media, and through GoK Direct, the government’s phone app. Local government officials and ASHA health workers (women who are the pillar of local public health) are doing the groundwork of finding people who are infected and making sure their contacts are also in isolation.

Local administrators formed their own emergency committees and set up groups to clean public areas. The mass fronts of the Communist Party of India (Marxist) sanitised buses, and set up sinks in bus stations for passengers to wash their hands and faces. The largest trade union federation in Kerala–the Centre of Indian Trade Unions–has appealed to workers to disinfect public spaces, and to assist their fellow workers who face distress as a consequence of the quarantines. These mass cleaning campaigns had a pedagogical impact on the society, since the volunteers were able to instruct the population about the social necessity to “break the chain”.

In a densely populated region of the world, quarantine is not an easy matter. The government has taken over vacant buildings to set up coronavirus care centres to quarantine patients, and it has made arrangements for people who need to be quarantined at home, but are in overcrowded homes, to move to facilities set up by the government. Everyone who is in quarantine and in these centres will be fed and treated by the local self-governments, and the bill for the treatment will be paid by the state.

A key problem with physical isolation and quarantine is mental distress. The government has set up call centres with 241 counsellors who–thus far–have conducted about 23 000 counselling sessions for those who are afraid or nervous about the situation. Chief Minister Pinarayi Vijayan, a politburo member of the Communist Party of India (Marxist), has become a kind of head therapist. His press conferences are calm and collected. In them, he refers to people who must use the government facilities with kindness and dignity. “Physical distance, social unity–that should be our slogan at this time,” said Vijayan.

India’s Prime Minister Narendra Modi took an odd attitude toward the coronavirus. He called for a partial curfew and urged Indians to clap hands and bang pans in public, as if this would scare away the virus. In fact, followers of his right-wing party circulated messages claiming that the virus would be killed by the noise. Kerala’s chief minister, on the same day as Modi’s lackluster speech, announced a relief package worth $270 million. The package includes loans to families through the women’s cooperative Kudumbashree, higher allocations for a rural employment guarantee scheme, two months of pension payments to the elderly, free food grains, and restaurants to provide food at subsidised rates. Utility payments for water and electricity as well as interest on debt payments will be suspended.

Money was rushed to bolster the relatively strong public health system in the state, which had been revamped during the tenure of the Left government from 2006 to 2011–exactly when public health systems around the world were eroded as a consequence of bad decisions made after the financial crisis of 2008/2009.

One of the great victories of neoliberalism has been to portray a weak state and a government only interested in war and money as democracy, and to portray a state with robust institutions that consider the betterment of the people as authoritarianism. That is why there is a failure of imagination to see how China–at a much larger scale–or Kerala–as a state in the Indian Union–has been able to fight the virus outbreak. In both China and Kerala, the institutions of society remain relatively intact; more than that, the political world in these parts of the world with active socialist parties were able to summon the spirit of volunteerism among party members and members of mass organisations to give their time and energy in the fight against the virus.

The fight against Covid-19 is not over. Vigilance is necessary. Vaccines need to be tested and authorised; better cures–including those used effectively by Cuban doctors in China–need to be studied and shared. But even as one is vigilant, the lessons from places like Kerala should be absorbed.

Subin Dennis is an economist and a researcher at Tricontinental: Institute for Social Research. He was the Delhi State vice president of the Students’ Federation of India.
View all posts by Subin Dennis →