With COVID-19 figures flattening downward, Germany is limping back to some kind of normalcy. Auto and bike shops, book dealers, barbers and most shops less than 800 m2 can now re-open (with customers 5 ft apart). Bigger shops and department stores are squabbling: “Why not us?” So are churches, mosques and synagogues, possibly worried that their flocks may get used to doing without them on Sundays, Fridays or Saturdays. Schools are debating when and if which classes can start up again. A big “IF” is always attached. IF things continue to ease up, and IF no second wave hits.

Germany has been spared the very worst, although at least 145,000 were hit, over 4500 fatally. But here at least everyone must be medically insured (except for hopeless “street people”, often wanderers from an East Europe liberated from Communism). For a monthly tax, matched by the government and employer if there is one, basics are largely covered at minimal prices; hospital stays, drugs, many health aids, tests, therapies. Private insurance costs more than the state-aided kind and offers quicker, better service for a privileged 11%. But all are guaranteed treatment. Chancellor Otto von Bismarck started it off in 1883 to steal the thunder of the Social Democrats, the radicals of his day. Similar or better coverage is now widespread in most (but not quite all!) developed countries. 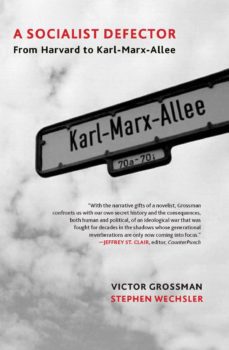 The pandemic has enormously aided Angela Merkel’s ruling party, Bismarck’s descendant, with large numbers “rallying round the flag” and accepting closures and restrictions. Many cover their faces as recommended (despite a disregarded “Verboten” law once aimed at masked “left terrorists”). In some states face covering may become compulsory. The twin Christian parties now poll at 38%, up a full 10 points since January. Merkel’s personal popularity has largely recovered, and so has that of her former rival, Jens Spahn, Minister of Health, who softens his daily TV warnings with assurances of improvements. He almost certainly has his eye on the soon-to-be vacant chancellor throne.

The junior partners in the government, the Social Democrats, descendants of those radicals hated and forbidden by Bismarck, are far tamer today, but have also gained about four points since January, possibly ending their long, threatening slump down to 13%. As for the other parties, Corona did not help. It stalled the swift upward climb of the Greens. The LINKE has settled down to a measly 8 % (down from a brief high at 10-11%. The one bright spot, an important one; the neo-fascist Alternative for Germany (AfD) slumped from 14% to its current 9-10%. The defeat of fascism, in all its old and newer forms, must retain top priority. German history is the clearest tragic proof of that! We can hope that the AfD, at least in its present form, cannot recover its former alarming momentum “after normalcy returns”.

Those three words are heard everywhere, usually framed by vocal question marks in bold-face. Though quite obedient, people can hardly wait for their return to schools and shops, soccer games, dance clubs, giant concerts for young people and, more for the older crowd, religious services.

Real demonstrations should also be possible again, not the electronic substitutes which replaced the annual Easter Peace Marches and must now replace 75th anniversary commemorations of the liberation of Germany and Europe from the Nazis, disproportionately by the Red Army–an event all too relevant today. So we can expect new rallies to protest drone attacks, a transparent crescendo of hatred against Russia justifying dangerous maneuvers on its borders, and hyped up threats against Venezuela and Iran. Or will the leaders in Berlin try to extend current “crisis restrictions and controls” of political action indefinitely, as some now fear? Will it really be “normalcy“ we will be back to?

In these critical months the government felt compelled to provide financial help for many, to postpone rent debts and stop evictions. Also to subsidize idle corporations if they keep large numbers on their payrolls at 60% of their pay (while the unions demand 80%). But how many small shops, hotels, cultural groups and entertainers can pick up scattered career shards? How many will be hopelessly bankrupted? When will evictions start up again? How long before people start again to buy cars, furniture, and package vacation tours? The German economy depended largely on its exports–vehicles, machinery, chemicals. When will demand recover in southern Europe, China, the USA (with Russia still under “punishment sanctions”)? Will the economy ever be the same?

Will people’s thinking undergo a change? Will they question the rapid privatization of hospitals and seniors’ homes in Germany which proved so damaging, the growing shortage of overworked doctors and underpaid staff, with constant cuts in the number of beds and the patient/nurse ratio?

Many will be forced to think harder about contradictions also outside the health scene. Why did so many working people earn barely enough for a decent living, with nothing for an emergency? Why were there more and more “precarious” jobs, with no certainty for young workers’ future? That video showing hundreds of Americans in good cars waiting in an endless line for free food, led to thinking about free food pantries in Germany, with fewer and fewer elderly volunteers, now masked, growing increasingly desperate as closed restaurants no longer provide unused groceries to feed a fast growing number of families who cannot make it alone. Why were they ever necessary?

Some may even reflect on a growing resemblance to hard-hit countries like Greece, Spain and Italy, and that jobless Greeks were really no lazier than jobless Germans, despite the poison spread by the mass media, while the same banks got richer by exploiting all of them, north or south.

Some may discover that not only do the 42 wealthiest men in the world own as much as 3.7 billion other people, but that Germany is similar, with 45 men and women owning as much as the entire lower half of the country’s population. Some already see it as more than likely that, with the planned government subsidies to heal the damage of the pandemic, the lions’ share will slither into the bottomless bellies of those 45 raptors and a greedy group of lesser jackals and hyenas.

The corona virus may well inspire some unusual new thinking. A few articles dare to question an almost single-minded concentration on bottom lines (not those in the mirror), the fixation of many on wealth and conspicuous consumption, a yearning for ever larger, faster cars, for closets filled with the latest, fanciest clothing, for travels to the farthest deserts, mountains and spectacular Antarctic scenery, and generally to ape as well as possible the admired, envied 45 billionaires. And this while so many others are struggling to afford a roof over their heads and regular meals for their kids, and so many in other continents toil long hours for pennies, harvesting coffee, tea, cocoa, bananas and palm oil, sewing clothes in shaky, fire-prone factories or scraping up valuable coltan with hand tools–bringing billions to some but also permitting prices in the western democracies low enough to keep most people more or less obedient. And all at the cost of a gasping environment! The question remains: Is there hope for alternatives to that species of normalcy?

The most powerful challenges to status quo normalcy, after 1917, then after 1945, were finally smashed, partly owing to mistakes and some false (also bloodstained) detours taken by those challengers, but more basically because the forces of status quo normalcy were much stronger, thanks to key geographical and historical advantages but also due to the giant attacks against the proponents of change–the devastating invasions of 1919-1923 and especially that which ended 75 years ago, the threat of a new, atomic missile attack but finally to the deft use of the mighty weapon of consumer demand or consumerism–as described above.

This total defeat thirty years ago has been used ever since to refute every criticism of a status quo based on greedy profit and poverty, every hope for genuine change with fingers pointing to the demise of 1989-1993 as proof of its eternal incapability. The media developed this into hard and fast formulas; in Germany, hardly a day goes by without TV insisting in a hundred sly ways how terribly we all lived in the GDR. Balancing voices find no microphones. China’s sins are detailed almost daily in the media, but rarely the fact that hundreds of millions there have been raised from abject poverty and that China, after its early, hopefully lasting success in combatting corona 19, has offered and provided help to so many others. Countless Italians, ignored in their pleas for help from their European Union brethren, are grateful for Chinese shipments and for the brave Cuban medical teams which came to their aid, and in so many countries. The media, almost unanimously, take no notice.

No, news of such facts and troublesome doubts are unwelcome. And yet some voices are calling for good long looks at a status quo normalcy which has failed so many and now faces a possibly catastrophic recession.

In a sharply critical article, Hans Modrow, the last minister president of the GDR before its downfall, and now head of the Seniors’ Council of the LINKE party, called on his party and all leftist parties not only to analyze and criticize social struggles, globalization, the shape of democracy and political leadership, but to offer tactical and strategical alternatives, drawing upon past and present experience. “This must encourage the European Left to free itself from any accommodation with the capitalist system and formulate the goal of a socialist world!” His was a daring call not for adventurism but for wise, calculated analysis and then action to overcome the status quo. Will anything come of such calls?