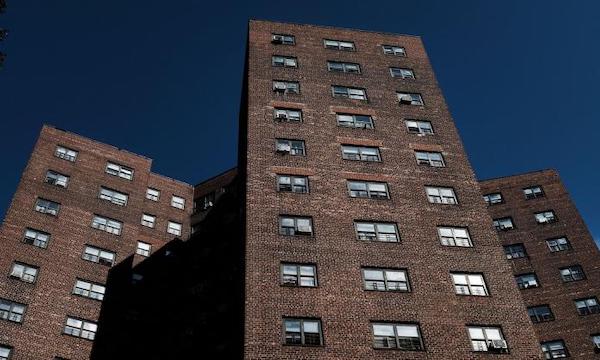 How the poor die in New York

Van Dyke I is a series of 22 hulking brick apartment blocks in Brownsville, the poorest part of Brooklyn, New York. At least 10 people have died there from COVID-19, including a mother and son whose bodies were discovered only after neighbours reported the smell to city officials. There are no tributes to them, no obituaries. “So many people have died this week. It’s enough”, Lisa Kenner, president of the Van Dyke I resident association, told Politico.

It’s not the only set of apartments the virus is sweeping through. Roughly half a million New Yorkers live in complexes run by the New York City Housing Authority (NYCHA), which was established during the Great Depression to overhaul public housing. Initially, its residents were almost exclusively white working-class families. African American, Latino and other non-white residents are now the majority.

For decades, successive governments withdrew billions of dollars in funding from NYCHA and the units are now decrepit. “Everything is getting old at once, because everything was kind of built at once”, professor Nicholas D. Bloom, author of Public Housing That Worked, told the New York Times in 2018. “So it’s like a 30-year window where almost all of public housing was built, and now we’re in that 30-year window where it’s going to be totally revamped or redeveloped. A lot of these buildings have had more than your normal wear and tear.”

Van Dyke sits among several other housing projects. One of them is named after Marcus Garvey, the Jamaican Black nationalist. A 10-minute walk east of Marcus Garvey is Woodson Houses, a 25-story high rise named after historian Carter G. Woodson. So far, six people have died there from the virus. A few blocks north is Glenmore Plaza, where the resident association president died in her apartment. She wasn’t taken away until the following day.

NYCHA told The City that it is not recording the testing, illnesses or deaths related to COVID-19. Residents have been left for dead. Jessica, from South Jamaica Houses in neighbouring Queens, told The City that residents try to check in on each other, but no one else has helped them. “We have elderly. We have handicapped in this building and nobody’s checked on us”, she said. “We’re living door-to-door. But I’m worried about the people below me. I know there’s an old man with an oxygen tank below me.”

Most NYCHA complexes are 50 to 80 years old. According to Curbed NY, the authority has a $32 billion maintenance backlog. Some issues are minor. Others are a threat to occupants–lead paint, old furnaces and elevators desperately in need of repairs. Some work is being done during the crisis, including emergency repairs and court-ordered mould removal in apartments of asthma sufferers. The work is currently being completed by workers without face masks–although they were instructed by NYCHA to find or make face coverings if they could. TheCity reported that the workers have been told that it’s fine for them to enter a sick tenant’s apartment if the resident “stays in a separate room behind a closed door until the repair is completed”.

In a March briefing, state governor Andrew Cuomo said of the coronavirus that it is a “great equaliser” that affects everyone–young and old, rich and poor. But there’s a big difference between living in a mansion upstate or living in the cramped and decrepit high rises of Brooklyn, where it can move through the plumbing and the cracks to steal the lives of residents. It takes them before they can get proper medical care, without anyone checking in, without anyone knowing until after they are dead. This is how the poor die. It is an experience that will likely never be known by the rich and powerful. Many public housing residents rely on hospital emergency departments–which are obliged to provide care for anyone seeking it–for medical treatment. But even those are now reserved only for the gravely ill.

When more than 70 residents of the Grenfell public housing block in London were burned to death, Nigerian poet Ben Okri wrote: “In this age of austerity the poor die for others’ prosperity”. If New York public housing residents had access to proper health care, had more space, had health professionals checking in, had apartments that were not in such a state of disrepair that workers without face masks had to be ordered by a court to remove mould, how many would have died? As Okri wrote about the Grenfell deaths:

They did not die when they died; their deaths happened long

Before. It happened in the minds of people who never saw

In the laws. They died because money could be saved and made.

Those who are living now are dead

Those who were breathing are from the living earth fled

If you want to see how the poor die, come see Grenfell Tower