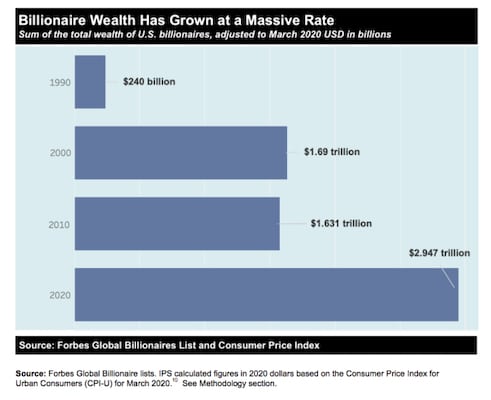 A new report from the Institute for Policy Studies, “Billionaire Bonanza 2020: Wealth Windfalls, Tumbling Taxes, and Pandemic Profiteers,” reveals that the wealth of U.S. billionaires is indeed staying at home.

Since 10 April 2020, there’s been both an increase in the number of billionaires (to 629) and a surge in billionaire net worth. Billionaire wealth increased $282 billion, or 9.5 percent, in just 23 days, bringing the combined net worth of the billionaire class to $3.229 trillion. 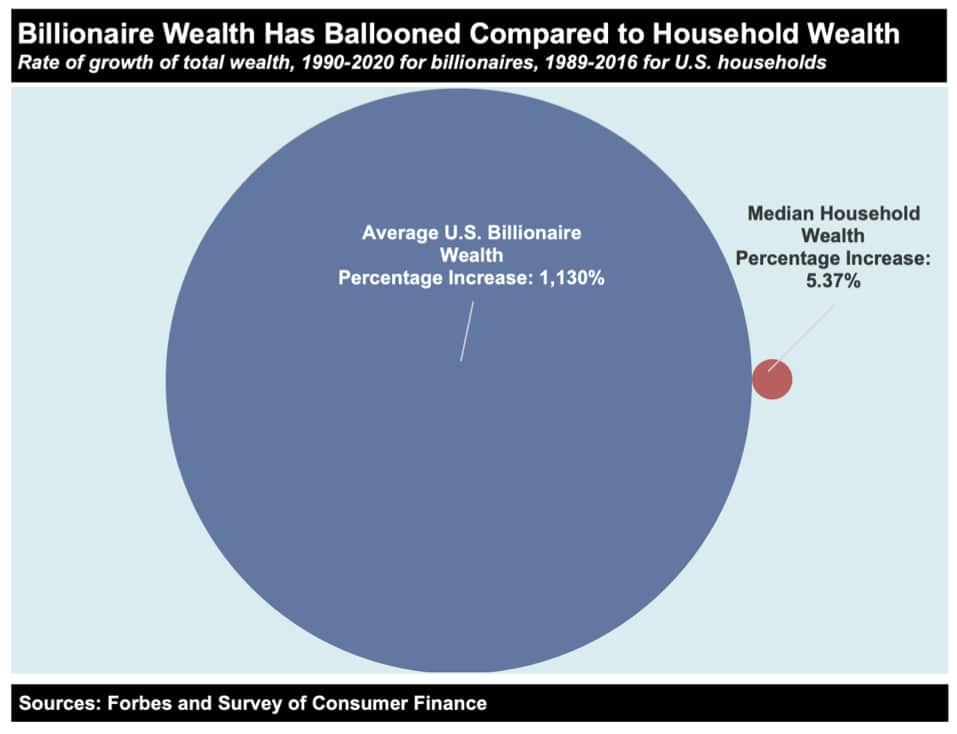 And the rest of us? While U.S. billionaire wealth soared by 1,130 percent since 1990, median household wealth increased by only 5.37 percent.

As the authors of the report argue,

If expanding billionaire wealth “lifted all boats” and created, in effect, a society that worked well for everyone, we could perhaps afford to worry less about billionaire fortunes. But the number of households with zero or negative wealth. . .is increasing. Our society is most definitely not working for all of us. A high percentage of U.S. households are living on the edge, paycheck to paycheck. The current pandemic is exposing our central economic and social reality: Extreme wealth inequality has become America’s “pre-existing condition.”

The comorbidity of dramatically increasing wealth inequality and economic precarity for a larger and larger number of American workers has made it difficult, if not impossible, to mitigate the economic and social effects of the response to the novel coronavirus pandemic in the United States.