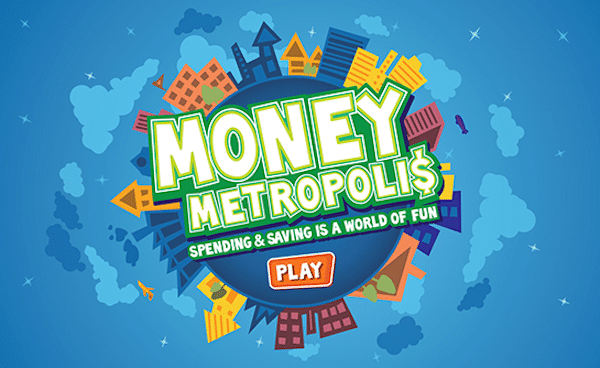 The current globalization was always legitimized by the argument that capital today, unlike in colonial times, had become blind to racial and other such distinctions across countries in deciding upon its location; it would now flow wherever opportunities for profitable investment existed. Given the lower wages in the third world and hence greater profitability of locating plants there rather than in the metropolis, this would now ensure not a cumulative divergence between the metropolitan and third world countries as had happened earlier, but, on the contrary, an elimination of this divergence.

The third world countries were asked to allow foreign capital into their territories on this argument; and indeed the experience of many countries in East and South-East Asia, to which several industrial and service sector activities had shifted from the metropolis, appeared to confirm this view. Opposing such “opening up”, which globalization entailed, seemed unwise, a hangover of old ideological positions inherited from colonial times. Many even argued that in this world where decolonization had occurred and where even “economic superpowers” were emerging from within the third world, the term “imperialism” had lost its relevance.

There were two fundamental problems with this argument. The first, which we shall not discuss at any length here, is that, for a country to remain competitive in the global market, there has to be  continuous technological-cum-structural change within it, which increases labour productivity growth, and hence reduces the rate of employment growth for any given rate of GDP growth; this together with the squeeze on peasant agriculture that inevitably accompanies such a strategy, and the consequent migration of distressed rural workers to the cities, means that the labour reserves never get used up despite the diffusion of activities from the metropolis. Hence, unemployment and poverty persist, and actually get aggravated, even when there is a high rate of GDP growth, causing a profound social and economic hiatus within the country. The Indian experience amply confirms this.

The second problem with the above argument is what we shall be concerned with here, and that relates to the fact that in “opening up” to capital, no distinction is allowed between capital-as-finance and capital-in-production. Even if we assume for a moment that capital-in-production has become genuinely “blind” about where it locates itself and only concentrates on sniffing out profits  (which is not true), the same certainly does not hold for capital-as-finance. This fact was always known, but the pandemic has again demonstrated it most graphically.

There are three crucial properties of capital-as-finance. One is its extreme volatility, its propensity to move from one location to another with remarkable speed and at the least provocation, which can then acquire a cumulative character and destabilize any economy. The second is its very clear-cut dogmas, including above all its dislike of an economically-interventionist State, of which its dislike of a more-than-minuscule fiscal deficit under all circumstances is an indication. These two properties together explain why even governments willing to do so,  are always apprehensive about undertaking investment in public enterprises, and expenditure on public education and healthcare, and also why the fiscal deficit remains restricted even in the midst of a recession.

It is the third property of finance however that is of the utmost importance here though it is less discussed or even noticed; and this is its preference to move from the third world countries to “safe haven” locations in the metropolis, at the first signs of any disturbance in the world economy, even when this disturbance has nothing to do with the third world and even when its source is in the metropolis itself. Ironically, because of the coronavirus pandemic, $83 billion have moved out of third world countries including India in the month of March alone.

What this “homing instinct” implies is that finance is not blind about where it locates itself. It may move out in quest of profits to the outlying regions of the third world, but rushes back “home” whenever there is any trouble, not just in these outlying regions but anywhere in the world economy. When it does rush back, as it has been doing  recently, the currencies in the outlying regions depreciate vis-à-vis the dollar, making external debt-servicing in these regions that much more difficult, and their balance of payments unsustainable without further external borrowing. As “conditionality” for such external loans, the governments of these regions are enjoined to pursue austerity and engineer larger domestic unemployment.

Thus, the nature of globalized finance is such that it not only prevents welfare spending by third world governments even when the going is good, but also enforces austerity on these governments whenever there is any disturbance in the world economy, even one that is totally unrelated to any action on their part.

For the third world therefore to subject itself to global financial flows is tantamount to accepting not just a subservience of its domestic nation-State to the hegemony of finance, but also a position of inferiority vis-à-vis the nation-States of the advanced countries. The fact that the nation-States everywhere (except the U.S. with its powerful currency) become subservient to globalized finance, thereby abridging democracy, has been widely noted; but what is less noted is that even within this there is a difference in the status of metropolitan nation-States and that of third world nation-States.

This difference in status is visible even during the current pandemic. The governments in advanced capitalist countries have worked out fiscal packages to cope with the pandemic amounting to substantial proportions of their GDP (Germany 5 per cent, U.S. 15 per cent till now, Japan 20 per cent), and have no compunctions about using not just fiscal deficits but even monetized deficits (i.e. borrowing from their respective Central Banks) for financing them. In India by contrast the only package until now has been Nirmala Sitharaman’s Rs. 1.7 lakh crores (0.7 per cent of GDP) of which almost half is old expenditure re-labelled. There has been no talk of any new package despite the extension of the lockdown that was to end on April 14 for a further three weeks; and now the government has announced its intention to stay within the fiscal deficit limit. This is partly, no doubt, because of the utter pusillanimity of the Modi government vis-à-vis globalized finance; but it also reflects its constraints.

The other reason is that since globalization involves, as we have just seen, a replication of the hierarchical structure of nations that has obtained historically under capitalism, despite all the shift of activities from the metropolis to the third world, the process of liberation from this finance-dominated globalization cannot be identical or symmetrical across nations. If the third world countries can be hit with massive financial outflows for reasons not of their own making, then they have to prevent these flows through capital controls; and that ipso facto means delinking from globalization. For the workers and peasants of the third world in short delinking from the current globalization must remain a central objective.