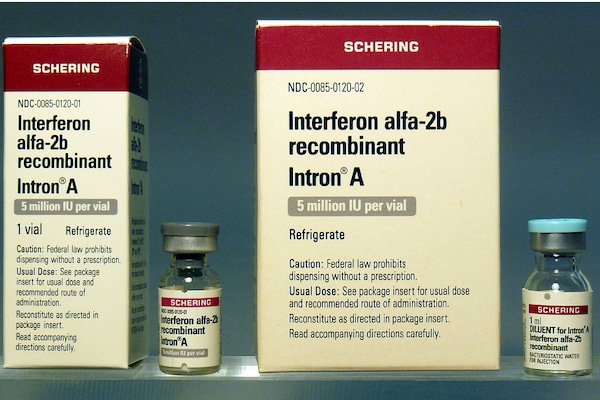 Genetically engineered crops are a form of food imperialism. This technology allows mega-corporations like Bayer/Monsanto to patent seeds, lure farmers into buying them with visions of high yields, and then destroy the ability of small farmers to survive.

Genetic engineering produces an artificial combination of plant traits which often results in foods with less nutritional value while introducing health problems to animals and humans who eat them. It increases costs of food production, pushing millions of farmers throughout the world into poverty and driving them off their land.

Agricultural corporations get control of enormous quantities of land in Africa, Latin America and Asia which they use to control the world’s food supply and reap super-profits from the cheap labor of those who work for them, sometimes people who once owned the same land. These crops can be developed in open-field testing which allows the novel pollen to contaminate wild relatives of the engineered crops.

Agro-industries which dominate this process have the resources to lobby two sections of governments. They tell one government agency that their plants do not need to pass safety tests because they are “substantively equivalent” to already existing plants. Yet, out of the other side of their mouths, corporate lawyers argue that, far from being equivalent to existing plants, their engineered ones are so novel as to deserve patents, patents which allow companies to sue farmers who save seeds for planting during the next season.

As a resident of St. Louis, a veritable plantation of Monsanto (now Bayer), I have participated in and organized dozens of demonstrations at the company’s world headquarters, as well as forums and conferences. It is necessary to compare the use of biotechnology by food corporations with that of Cuba to decide if they are the same or fundamentally different.

John Kirk’s Health Care without Borders: Understanding Cuban Medical Internationalism (2015) provides a wealth of information regarding Cuba’s early use of biotechnology in medicine. It is a poor country suffering effects of a blockade by the U.S. which interferes with its access to materials, equipment, technologies, finance, and even exchange of information. This makes it remarkable that Cuba’s research institutes have produced so many important medications. Even a partial list is impressive. The use of Heberprot B to treat diabetes has reduced amputations by 80 percent. Cuba is the only country to create an effective vaccine against type-B bacterial meningitis, and it developed the first synthetic vaccine for Haemophilus influenza type B (Hib), which causes almost half of pediatric meningitis infections. It has also produced the vaccine Racotumomab against advanced lung cancer and has begun clinical tests for Itolizumab to fight severe psoriasis.

By far, the best known efforts of Cuban biotechnology followed an outbreak of dengue fever in 1981 when its researchers found that it could combat the disease with Interferon Alpha 2B. The same drug became vitally important decades later as a potential cure for COVID-19. Interferons are signaling proteins which can respond to infections by strengthening anti-viral defenses. In this way, they decrease complications which could cause death. Cuba’s interferons have also shown their usefulness and safety in treating viral diseases including Hepatitis B and C, shingles and HIV-AIDS.

A Tale of Two Technologies

There are marked differences between corporate biotechnology for food and Cuba’s medications for health. First, corporations produce food that fails to be healthier than non-engineered food which it replaces. Cuba’s biotechnology improves human health to such a degree that dozens of nations have requested Interferon Alpha 2B.

Second, corporate food production drives people off of their land while making a few investors very rich. No one loses their home due to Cuban medical advances.

Patents for its many medical innovations are held by the Cuban government. There is no impetus to increase profits by charging outrageously high prices for new drugs–these medications become available to Cubans at much lower cost than they would in a market-based health care system like that of the United States. This has a profound impact on Cuban medical internationalism. The country provides drugs, including vaccines, at a cost low enough to make humanitarian campaign goals abroad more achievable. Its use of synthetic vaccines for meningitis and pneumonia has resulted in the immunization of millions of Latin American children.

Cuba’s other phase of medical biotechnology is also unknown in the corporate world. This is the transfer of new technology to poor countries so that they can produce drugs themselves and do not have to rely on purchasing them from rich countries. Collaboration with Brazil has resulted in meningitis vaccines at a cost of 95¢ rather than $15 to $20 per dose. Cuba and Brazil worked together on several other biotechnology projects, including Interferon Alpha 2B, for hepatitis C, and recombinant human erythropoletin (rHuEPO), for anemia caused by chronic kidney problems.

The bigger picture is that technology of all types is not “value free”–it reflects social factors in its development and use. Nuclear plants require military forces for protection from attack, making them attractive in any society dominated by those who employ a high degree of violence to suppress dissent.

Market forces within capitalism select technologies that are profitable, even if they are destructive to human welfare. Of course, medicine such as antibiotics benefit humanity even if their original goal was profits for pharmaceutical giants.

At other times, products that damage society as a whole are pursued because they augment corporate profits by weakening labor unions. Planting and harvesting equipment have been used to undermine organizing efforts of agricultural workers. In the mid-1880s Chicago McCormick adopted new molding machines which could be run by unskilled workers. The company used them to replace skilled workers of the National Union of Iron Molders.

Expensive technologies can destroy small competitors so that large companies with more capital can better control the market. No case is clearer than the use of GMOs in agriculture. By use of market control (making non-GMO seeds unavailable), financial terrorism (such as lawsuits against resistant farmers), and the pesticide addiction treadmill, GMO giants such as Bayer/Monsanto have increased the cost of food production. This destroys the livelihood of small farmers across the globe while transforming the large farmers who remain into semi-vassals of these multinational lords of seeds and pesticides.

Though a century separated them and they affected different types of labor, actions by McCormick and Bayer/Monsanto had something in common. They both utilized novel technology which resulted in less desirable products but increased profits.

Because they were an invaluable weapon against the union, McCormick used molding machines that produced inferior castings and cost consumers more. GMOs in agriculture result in lower-quality food. Since two-thirds of GMOs are designed to create plants that can tolerate poisonous pesticides such as Roundup, pesticide residues increase with GMO usage.

GMOs are also used to increase the production of corn syrup which sweetens a growing quantity of processed foods, and thereby contributes to the obesity crisis. At the same time, food engineered to be uniform, survive transportation, and have a longer shelf life contains less nutritional value. The use of GMOs in corporate agriculture is one of the largest contributing factors to the phenomenon of people simultaneously being overweight and undernourished.

Cuba’s use of biotechnology to create medications is in sharp contrast to both McCormick and Bayer/Monsanto. Its drugs, especially Interferon Alfpha 2B, are used to help people overcome illnesses. They are created to share throughout the world rather drive people into worse poverty. Making a distinction between the biotechnology of Bayer/Monsanto and Cuba requires understanding the difference between bioimperialism and biosolidarity. Imperialism subdues. Biosolidarity empowers.