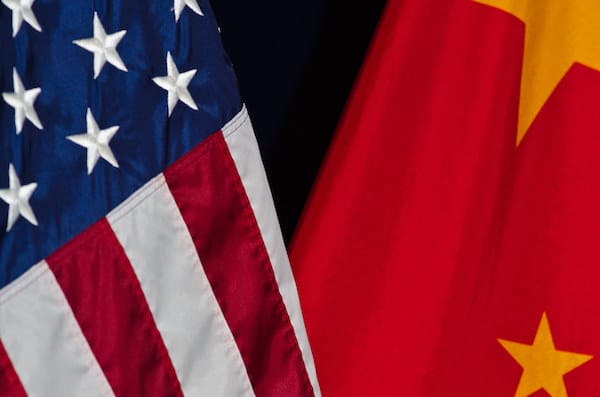 On April 1, Admiral Philip Davidson—the head of the U.S. Indo-Pacific Command—told the U.S. Congress that he would like $20 billion to create a robust military cordon that runs from California to Japan and down the Pacific Rim of Asia. His proposal—titled “Regain the Advantage”—pointed to the “renewed threat we face from Great Power Competition.… Without a valid and convincing conventional deterrent, China and Russia will be emboldened to take action in the region to supplant U.S. interests.”

The real focus is China. In January 2019, Acting U.S. Defense Secretary Patrick Shanahan told U.S. military officials that the problem is “China, China, China.” This has been the key focus of all U.S. President Donald Trump’s nominees for the Defense Department, whether it be Shanahan or the current chief Mark Esper. Esper cannot open his mouth without blaming China; he recently told the Italian paper La Stampa that China is using the coronavirus emergency to push its advantage through “malign” forces such as Huawei and by sending aid to Italy. As far as Trump and Esper are concerned, China and—to a lesser extent—Russia are to be contained by the United States with armed force.

Senator Tom Cotton (Republican from Arkansas) has pushed the view that China’s military modernization program has created a missile gap in China’s favor. In March 2018, Cotton asked Admiral Harry Harris, commander of the U.S. Pacific Command (now U.S. ambassador to South Korea) about China’s missiles. “We are at a disadvantage with regard to China today in the sense that China has ground-based ballistic missiles that threaten our basing in the western Pacific and our ships,” Harris told Congress. To remedy this, Harris suggested that the United States exit from the Intermediate-Range Nuclear Forces Treaty (INF), which Trump did in early 2019 (Trump blamed Russian non-compliance, but it was clear that the real target was this fear of a Chinese missile advantage). In August 2019, the U.S. tested an intermediate-range missile, signaling that its intentions long preceded its withdrawal from the INF.

In March 2019, Cotton went to the Heritage Foundation to say that the United States should start production of medium-range ballistic missiles, which should be deployed on bases at the U.S. territory of Guam and on the territories of U.S. allies; these missiles should directly threaten China. “Beijing has stockpiled thousands of missiles that can target our allies, our bases, our ships, and our citizens throughout the Pacific,” Cotton said in characteristic hyperbole. Exaggeration is central to people like Cotton; for them, fear-mongering is the way to produce policy, and facts are inconvenient.

The United States has used the concept of the “missile gap” before. John F. Kennedy used it for his 1958 presidential campaign, even though it is likely he knew that it was false to say that the USSR had more missiles than the United States. Little has changed since then.

In November 2018, before the U.S. left the INF, Admiral Davidson spoke at a think tank in Washington on “China’s Power.” In 2015, Davidson said, his predecessor Harry Harris had joked that the islands off the coast of the People’s Republic of China were a “Great Wall of Sand”; now, said Davidson, these had become a “Great Wall of SAMs,” referring to Surface-to-Air Missiles. Davidson, from the military side, and Cotton, from the civilian side, began to say over and over again that China had a military advantage by the “missile gap,” a concept that required no careful investigation.

Every known inventory of weapons shows that the United States has a much greater capacity to wreak havoc in a military confrontation against anyone—including China; but the U.S. now understands that while it can bomb a country to smithereens, it can no longer subordinate all countries.

The United States Navy is both overstretched and threatened. The two U.S. Pacific-based carriers—USS Ronald Reagan and USS Theodore Roosevelt—are in trouble; USS Reagan is in Japan, where it is being repaired, while USS Roosevelt is in Guam, with its crew devastated by COVID-19. Meanwhile, the U.S. has sent an aircraft carrier group to threaten Venezuela using the excuse of counter-narcotics. Threatening several countries far apart from each other makes it difficult for the U.S. to focus its superior military power against any one country.

Missile capacities shown by Iran and by China have meant that the U.S. continuous bomber presence at al-Udeid Air Base (Qatar) and at Andersen Air Force Base (Guam) has been withdrawn. These bombers are now at Minot Air Force Base (North Dakota) and Barksdale Air Force Base (Louisiana). General Timothy Ray of the U.S. Air Force Global Strike Command put a brave face on these withdrawals, saying that it gives the U.S. greater flexibility. The real reason for the bombers leaving Qatar and Guam is that the U.S. military fears that these strategic assets are in harm’s way.

Neither Iran nor China has the capacity to defeat the U.S. in a military confrontation. But alongside both of their borders, Iran and China have the capacity to strike U.S. targets and U.S. allies. This capacity hampers the U.S. ability to establish the complete subordination of these countries. It is this local power developed by China and Iran that the United States wants to extinguish.

Admiral Davidson’s April report calls for “Forward-based, rotational joint forces” as the “most credible way to demonstrate U.S. commitment and resolve to potential adversaries.” What the Indo-Pacific Command means is that rather than have a fixed base that is vulnerable to attack, the U.S. will fly its bombers into bases on the soil of its allies in the Indo-Pacific network (Australia, India, and Japan) as well as others in the region (South Korea, for instance); the bombers, he suggests, will be better protected there. China will still be threatened, but Chinese missiles will—so the theory goes—find it more difficult to threaten mobile U.S. assets.

Davidson’s report has a stunning science-fiction quality to it. There is a desire for the creation of “highly survivable, precision-strike networks” that run along the Pacific Rim, including missiles of various kinds and radars in Palau, Hawaii, and in space. He asks for vast amounts of money to develop a military that is already very powerful.

Furthermore, the U.S. is committed to the development of anti-space weapons, autonomous weapons, glide vehicles, hypersonic missiles, and offensive cyber weapons—all meant to destabilize missile defense techniques and to overpower any adversary. Such developments presage a new arms race that will be very expensive and that will further destabilize the world order.

The United States has unilaterally increased a buildup around China and has ramped up threatening rhetoric against Beijing. Anxiety about a possible war against China imposed by the United States is growing within China; although sober voices are asking the Chinese government not to get drawn into an arms race with the United States. Nonetheless, the threats are credible, and the desire to build some form of deterrence is growing.

The absence of a strong world peace movement with the capacity to prevent this buildup by the United States is of considerable concern for the planet. The need for such a movement could not be greater.