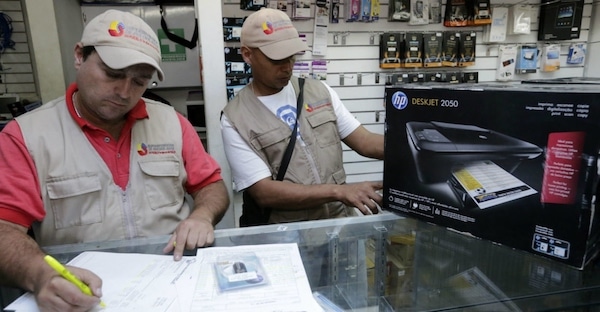 Let us imagine for a moment that the handling of the COVID-19 pandemic in Venezuela had been left to “free” market forces or, equally, let us observe what is happening in countries with “small state apparatuses.”

There would be no quarantine, the tests and treatments would be supplied at speculative prices and everyone would apply different protocols regardless of those around them. The consequences would be obvious: the number of cases would grow exponentially, the death toll would be in the tens of thousands and even the handling of the corpses would be chaos.

The same thing happens in the economy. It is true that the market exists and that private initiatives, in their various modalities, are important for production and distribution. What is not true is that the market is free and self-regulating, it is always regulated by the actors which participate in it: the state, capital, and workers-consumers.

Achieving a balance between these forces is what a mixed economy is, like the one proposed in the constitution of the Bolivarian Republic of Venezuela. Orthodox Marxists would cry out that this is a naïve thesis, and given the historical context in which we live, it is certainly a gamble, but one which proved to be viable in the first decade of the 21st century, the first of the Bolivarian Revolution.

In recent years, as oil prices and production collapsed for various well-known reasons including sanctions, asset theft and a de-facto blockade, the Venezuelan state has allowed capital to freely determine exchange rates and consumer price trends.

Capitalist elements, unable to self-regulate because it is not in their nature, have triggered a speculative spiral that has pulverised the purchasing power of the working people, bringing further chaos to the economy and generating serious social consequences and popular outrage.

The forces of capital have sought to take political advantage of the economic crisis to overthrow the constitutional government, because this is their nature. Remember the story of The Scorpion and the Frog (1) told so many times by Commander [Hugo] Chavez.

The Venezuelan state must gradually regain its competence in economic governance by stabilising macroeconomic variables, fighting against usury, speculation and corruption, supporting production and the recovery of wages and thus revitalising consumption.

In the economy, as in politics, implementing any action depends on the building of a correlation of forces. If the balance of forces is not favorable, one must reach political and economic compromises which allow the proposed action. We are seeing this in some European countries with neoliberal models, where, given the scale of the pandemic, governments have reached compromises [with economic and political forces] which allow the state to act on economic and social matters.

Venezuela is a country with an economy and state institutions under sanctions. It has a state which is illegally not recognised by some governments and consequently by global economic actors. Political agreements are required to make the economy work here in the context of capitalism. Should this not be possible, the country would be forced to design and build an economic model in the midst of the blockade which points towards liberal post-capitalism. Isn’t that the debate in the world today concerning the global post-pandemic economy?

Let’s not get carried away by desperation and overriding opinions. Imagine what our economic model would look like, in the midst of the storm, based on the founding premise of producing what is necessary to meet the essential human needs, taking into account the rational, efficient and transparent use of natural, technological and financial resources.

Despite this battle, the state is bound and constitutionally empowered to regulate capital. It has already taken some measures that one can support, including combating corruption so that people can eat and have access to hygiene and healthcare materials.

Let life be prioritised over the usury of capital.

(1) The Scorpion and the Frog is a fable originating in Russia. Its moral is that humans possess compulsions that they cannot repress, even when it is in their best interest to do so. Alternatively, it can be interpreted to explain how efforts to fight human nature to achieve a specific goal often fail.

Elias Jaua is a former vice president and foreign minister under the governments of Hugo Chavez and Nicolas Maduro. He has also held posts including the minister of agriculture and of education, and sits on the national leadership of the ruling Socialist Unified Party (PSUV).

Source: Horizonte en disputa
Monthly Review does not necessarily adhere to all of the views conveyed in articles republished at MR Online. Our goal is to share a variety of left perspectives that we think our readers will find interesting or useful. —Eds.