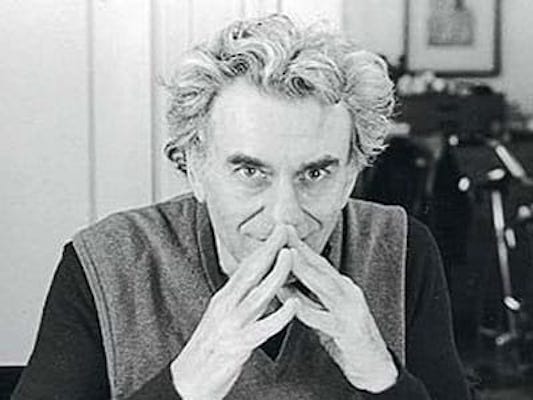 In case you missed it (it seemed to miss most people’s mailbox), I wrote up a round-up of the Second Month Anniversary of this Newsletter Yesterday.

In the first month of this newsletter, I wrote a lot of more big picture pieces about the nature of our current crisis. The last major piece I wrote on this topic was “How to Pay for the Pandemic War”. My view hasn’t changed much but it’s always worth reiterating and restating in new ways what our major problems are in order to conceptualize how to deal with them. One way to think about this crisis is it’s really three interrelated crises happening all at once. An Interesting way to frame these crises is to differentiate them by the economists who focused on their unique problems. We will take them in turn.

This crisis, and its association with Keynes, is the most obvious and straightforward. John Maynard Keynes is renowned as an economic theorist who showed in his book The General Theory of Employment, Interest and Money that there are no automatic processes operating in the private sector to return economies to full employment and, in fact, they can sustain large degrees of unemployment for significant periods of time. He referred to this as an “unemployment equilibrium”. While the book itself actually spends very little time on government spending, the obvious conclusion of his work was that government spending had the power to increase incomes and employment and thus could deal with shortages of demand. This lesson, hard learned and easily forgotten, remains as relevant today as when it was first taught during the Great Depression. It remained relevant a decade ago during the Great Financial Crisis.  We have a grievous lack of demand today, especially for labor.

The most obvious and straightforward way to increase demand is through government spending and grants. It can be hard for analysts to really focus on this aspect of the crisis because it is relatively analytically uninteresting. What needs to happen is painfully clear to everyone but Donald Trump,  congressional leadership and the most ideological economists. The only analytically interesting point regarding the nature of this crisis as a demand crisis is that despite the disruption to production, the demand effects are much more important and foundational. Notwithstanding the difficulty that intellectually solved problems have for holding the attention of analysts, this point needs to be pressed again and again. We have a demand problem. The most persistent and problematic effects of a collapse in demand is the social and skill effects on workers. Thus, a policy to increase demand should focus on direct employment of labor. This problem needs to be responded to and the answer for how much to spend is “Whatever It Takes”.

The Minsky Crisis is related to, but distinct from, the Keynes crisis. Hyman Minsky was a mid-to-late 20th century economist who built his work on top of Keynes and a number of other economists who were quickly ejected from mainstream conversation. His work grounded concerns about overall demand, and the demand for labor, in balance sheets and cash flows between economic actors. He focused his gaze on the causes of financial crises which he correctly saw as distinct from demand problems. What’s important about his work now is that it teaches us that the most urgent problem of the sudden utter and complete collapse of payments which has happened in the past few months is the corresponding collapse in cash flows and the threat of a wave of defaults and bankruptcies. Especially as the production of services can’t be safely restarted (and certainly not at its previous level), the immediate cash flow problem can’t be solved by increasing demand.

As a result, businesses must be given direct grants from the federal government. The Small Business Association’s Payroll Protection Program is meant to do that. As I’ve discussed at length however, it has a number of problems. My alternative proposal is an emergency basic income for all businesses. Dealing with the cash flow problem in this matter can also help to relieve the Keynes crisis by maintaining and/or increasing the business demand for labor. In addition to the business cash flow problem, there is also the cash flow problem of households. Providing them with direct cash payments is critical, as is extending the supplementary unemployment insurance. In this respect, it’s encouraging that the Treasury is now providing unbanked and underbanked people access to their 1200 payments with debit cards. Hopefully this will be expanded and improved upon in the weeks and months to come. Of course, state and local governments also need basic incomes and the safety net needs to be further nationalized. There is no reason that the monetary burden of unemployment insurance should be placed on state governments.

The economist that this type of crisis is named after may be the most obscure one on this list. Gardiner Means was one of the most important economists within the New Deal. First at the Agricultural Adjustment Administration within the Agriculture department, then in other positions throughout the government, he theorized both the causes of the Great Depression and ways of remedying it using monetary policy, fiscal policy- and planning . One of his most notable positions was with the National Resources Planning Board. He rejected the idea that there was a “price mechanism” that allocated physical resources to different uses which functioned in the American economy. Instead, he argued that prices were “administered” by industrial businesses, especially the largest corporations. Instead of prices allocating resources, it was the direct resource and spending decisions of businesses and governments which directed them. The Means Crisis is thus the crisis of the physical allocation of resources between different uses. To respond to it, we need to bring back the notion of resource planning and the regulation of supply chains. The idea of resource planning has been severely out of fashion for decades but it’s hard to imagine it not making a comeback because of the Coronavirus Depression. If it somehow doesn’t revive in this crisis, the Climate crisis will surely revive it.

What his work teaches us is we can’t rely on prices to reallocate resources. Existing prices and existing patterns of production and consumption can be sustained relatively easily by private action. However, profit-seeking businesses are bad at reallocating resources in response to crises. The uncertainty of how long the crisis will last and whether the costs of retooling plants and restructuring supply chains can be recouped discourages bold action. It is often perceived to be cheaper to simply leave productive resources unused than go through such expenses and uncertainties. Even farms are letting crops rot and euthanizing animals rather than trying to find ways to reorganize their supply chains. What Means work teaches us is that the government should step into this breach. It should be directly physically reallocating resources and organizing production through hiring workers and guaranteeing private producers markets. Resources left unplanned, are predictably unorganized. Private Sector planning works at dealing with medium and long term resource questions but struggles to move quickly and effectively in times of crisis.

One key ingredient in the policy mix which responds to this crisis should be an “Emergency Responder Corps”. As it happens, Representative Tlaib has made just such a proposal. Such a labor force could help respond to all three crises at once. It could be mobilized to facilitate the reallocation of resources, especially their delivery directly to those who need it most. It would provide many households who are now facing unemployment with an income- and thus a cash flow. This wouldn’t be a cure-all- we still need the suite of policy programs I described above. This crisis can be managed far better than it is currently being managed. It is impossible to avoid pain- both medical and economic- at this late date. However, we can relieve the worst symptoms and put our economy on the road to permanent resource planning so that we don’t ever have to be caught as unprepared ever again. These three concurrent crises have lessons we badly need to learn in order to deal with the next crisis- the Climate crisis.