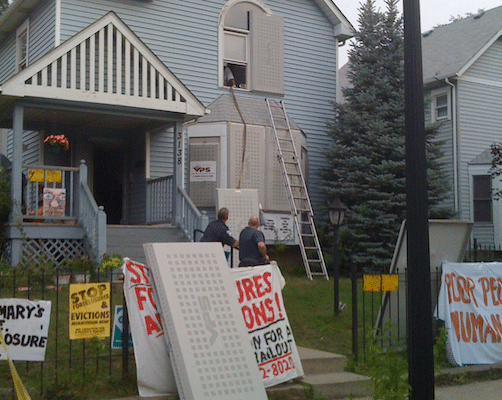 On Thursday I wrote about how congress needs to extend Federal Pandemic Unemployment Compensation (FPUC) or millions of households in the United States would be facing desperate crises. If anything, I understated how dire circumstances are. Millions of U.S. households are already facing desperate crises. According to an online survey by the company Apartment List, a devastating 32% of households in their survey reported missing their housing payment in the first week of July. 13% made a partial payment, while 19% made no payment at all. 30% of households in their survey missed their June payment but 19% of those households had made their June payment in full by the first week of July. A similar pattern will likely recur this month (but won’t if supplementary unemployment benefits aren’t extended as is). These numbers are likely significantly overstated as it is an online survey, especially for mortgages. However, even a significant fraction of this level of delinquency would be significant distress before pandemic unemployment compensation disappears or is cut. 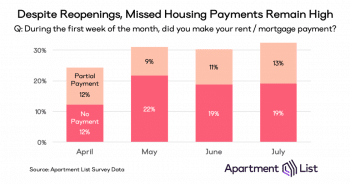 If accurate, this would be potentially more than one in ten households being behind in their household payments for an extended period of time and vulnerable to foreclosure and eviction is a crisis. Even 2/3rd of those numbers would be a big problem. Apartment list also has breakdowns of their survey data by income and age. They also breakdown the data by renters and homeowners, which obviously have very different implications. It’s a lot easier to negotiate with your bank which can still profit greatly from even a restructured loan than it is for a renter to negotiate with their landlord. As an aside, while I appreciate Apartment List’s survey, it’s embarrassing we have to rely on a private company for this kind of detailed data and can’t simply look on the Department of Housing and Urban Development website.

The report confirms the obvious. Those who are lower income are having greater difficulty making their payments than those who have higher incomes- though it’s noticeable that distress exists across the board. Their report doesn’t say it explicitly (I’m going to email them for more and to ask for access to their data), but given the high degrees of distress across levels of household income I am assuming that their income measure is of the 2019 incomes of households and not their current annualized income for 2020. This is an important point in the context of the debate over means testing emergency cash payments. If 24% of households that made 100,000 dollars or above in 2019 are having trouble making housing payments then means testing cash payments that are meant to help people make rent would be a grievous policy failure. Without this critical means testing tool, means testing becomes far more complex and cumbersome. 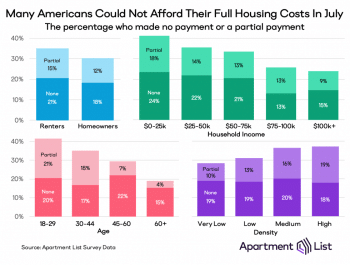 This brings me back to the very first post on this substack–which was really more of a glorified facebook post- on March 19th. It must be emphasized again and again that emergency payments (whether they be the misnamed “stimulus” checks or increased Federal Pandemic Unemployment Compensation) are about helping households make payments, and thus benefiting creditors as well, instead of pursuing payments holidays. As I summarized the issue four months ago:

What this [emergency cash payments] is about is covering the overhead costs of households. Rent, mortgages, utilities, credit cards, student debt payments etc. The less we reduce these overhead costs by declaring a holiday for them, the more money has to go out the door. you either reduce the cash outflows or increase the inflows. This is not about consumption. The main economic problem [today] is a financial one of balance sheets. We need to fill that gaping hole.

We have not filled that gaping hole sufficiently and we’re talking about not renewing emergency cash payments or FPUC (at least at their current levels). By pursuing a policy of inflaming extreme household financial distress, policymakers are effectively pursuing a policy of household missed payments and default. What are the implications of this policy shift if it truly comes to pass?

The implications are a wave of foreclosures and evictions across the country. Some readers may not be familiar with real estate terminology so it’s important to say that both renters and homeowners can be subject to evictions. Foreclosure is the process by which a homeowner who has missed multiple payments for their mortgage is converted into a “mere” tenant by having their property interest in that real estate terminated. The lender is then “free and clear” to sell that property and, if need be, bring in law enforcement officials to forcibly remove tenants from the property i.e. to evict the former homeowners. It’s important whether a city, region or state has an across the board suspension in both rental and homeowner evictions and whether there is an associated moratorium on foreclosures. 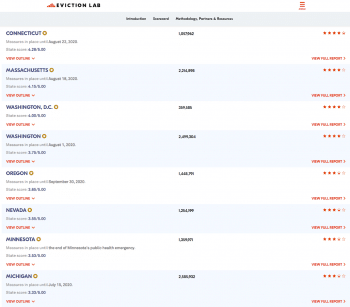 So how many eviction moratoriums are there and when do they expire? It’s beyond the scope of this post to run through what we know about every state but I strongly encourage readers to go look through Princeton’s absolutely essential eviction lab website. For example, Michigan’s expires on July 15th. There are also a large number of states, largely southern states, which never implemented moratoriums at all. Looking at the list overall, it seems that there are many looming expirations over the next 5 to 6 weeks, with only a handful of states directly tying the end of the moratorium to the end of the public health emergency.

At the federal level, the CARES act suspended foreclosures and evictions on single family home properties which have a Fannie Mae or Freddie Mac owned mortgage. On June 17th the Federal Housing Financing Authority (FHFA) extended the moratorium to August 31st 2020. Meanwhile, on June 29th, FHFA extended mortgage forbearance for owners of multifamily properties who, as part of the terms of the forbearance, landlords must suspend all rental evictions of tenants who cannot pay rent for another three months. These measures together cover about 1/4th of renters. Another way of saying that is that the vast majority of renters will be left out in the cold. That’s literally true in many cases.

Like with emergency cash payments, eviction moratoriums are a direct benefit to tenants which have indirect benefits for landlords and banks- though this benefit is even more indirect. People would get behind on their mortgages and rent but properties wouldn’t be dumped on the market. Because the difficulty with repayments would be assumed to be temporary, property values may stay higher than otherwise.Meanwhile restructuring mortgages with financiers who clearly couldn’t do that much with the properties would be easier as well. At the individual level, a single eviction has the possibility of boosting the income of the landlord. At the macrofinancial level, a gigantic wave of foreclosures and evictions will drive down property values, create a pile of upkeep and maintenance work which tenants would otherwise gladly be doing and potentially threaten the access to credit of landlords by driving down property values. People will not be paying the rent regardless so the eviction moratoriums prevent landlords entering a game of musical chairs over who gets the delinquent tenants- or vacant properties.

It’s easy to overlook how much tenancy maintains properties and how difficult it is to maintain vacant properties for long periods of time. It’s extremely important though. As Sonia Shah says in her 2016 book Pandemic:

social and economic factors that contributed to a 2009 outbreak of dengue in Florida were similarly ignored. In 2008, South Florida had suffered a rash of foreclosures, which had allowed mosquitoes to breed in abandoned swimming pools and gardens out of reach of mosquito inspectors and homeowners, leading to an explosion of mosquitoes. The following year, dengue broke out for the first time in seventy years, hitting particularly hard in Key West, the epicenter of the foreclosure crisis.

Of course, the public health benefits of regular upkeep and maintenance are compounded in this crisis by the public health benefits of large numbers of people staying socially isolated and socially distant, with homes that they can quarantine in. The homeless have no way to maintain a quarantine, even if they know they have Coronavirus. In other words, extending eviction moratoriums benefits landlords by preventing a race to the bottom and shortening the length of time quarantine has to last as well as preventing the mass deaths of tenants and potential tenants. An eviction moratorium also gives negotiating leverage to get loan forbearance from creditors who may otherwise demand evictions as a sign landlords are making good faith efforts to service their mortgages.

There are issues with debt obligations piling up for landlords, homeowners and renters but those problems can be dealt with in the future. Liquidating those debts by liquidating people doesn’t help the situation. A payments holiday paired with a federal property buyout program, which I’ve written about some here, is more realistic than many consider but would take a longer form article to flesh out. The big picture is by not sufficiently increasing cash inflows for households, and actually threatening to cut cash inflows in the case of unemployment compensation, we’ve worsened delinquency and default surrounding the “overhead costs” of households. With eviction moratoriums waning, a wave of foreclosures and evictions seem to be coming which will worsen the spread of the virus and worsen the state of the economy in a vicious feedback loop. We should be talking about increasing these cash payment programs rather than cutting them for basic public health reasons, if for no other reason. This is far simpler than trying to deal with and reorganize a disrupted chain of monetary payments with minimal human suffering. However, congress doesn’t seem like it will act. At the very least, it doesn’t seem like it will act sufficiently. State, local and city governments must then step up and save landlords and bankers from themselves by suspending evictions and extending eviction suspensions. It’s the only way to prevent an even worse public health explosion.

UPDATE: I’ve removed a reference to Pennsylvania after a keen-eyed reader pointed out that the governor extended their eviction moratorium until August 31st a few days ago. That’s something to watch out for- the eviction lab may be slightly to somewhat outdated at times.