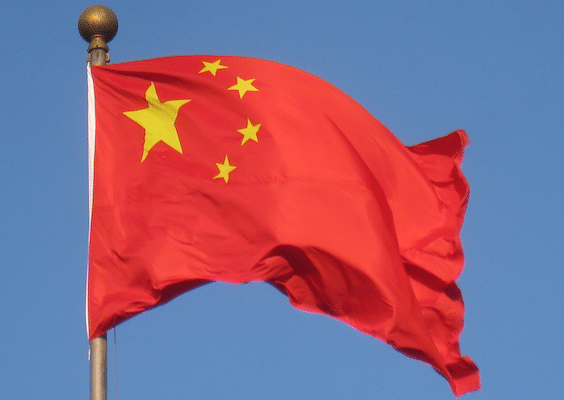 How To Understand All This China Stuff

China is in the news every day now. Today here in Australia we’re pretending to be offended because a Chinese tabloid published the accusation that our nation is a “giant kangaroo that serves as a dog of the U.S.”, even though we all know that’s completely true and we should be flattered that at least they said “giant”. Before that we were getting indignant over a hefty barley tariff in response to our facilitation of America’s global anti-China spin campaign, which it turns out Washington screwed us on.

Anti-China sentiment has been thriving in Australia, aided by our Murdoch-dominated news media, State Department-funded think tanks explicitly geared toward manipulating the China narrative, and of course our own deep-seated racism and xenophobia. Because of its geographical location, the U.S. military/intelligence asset conventionally known as Australia has been a major focal point for the U.S.-centralized empire’s propaganda campaign against the most powerful unabsorbed nation in the world.

China is in the news all the time because of imperialism.

To understand what’s going on with China and why the “news” media keep punching you in the face with stories about how awful it is, you really only need to grasp two basic points:

Point 1: We are in the middle of a slow-motion third world war between the U.S.-centralized power alliance and the nations which have resisted being absorbed into it.

A loose alliance of nationless oligarchs who use governments as weapons have secured control over a large empire-like cluster of nations with economic and military might loosely centralized around the United States. In order to gain more power and ensure its ongoing hegemony, this oligarchic empire must keep expanding by absorbing more nations and brutalizing them if they resist. China is by far the most powerful of the unabsorbed nations, followed by Russia at a distant second and Iran at a distant third.

Nuclear weapons make another hot world war undesirable, so this one takes the form of resource control, economic warfare, staging coups, arming oppositional militias to use as proxy armies, expanding military presence in key geostrategic regions under the pretense of fighting terrorism, and “humanitarian interventionism”, with old-school full-scale ground invasions used only as a last resort, and only after manufacturing sufficient international approval to ensure the continued cohesion of the empire-like power alliance.

"So now you’ve got this weird dynamic where the US is constantly working to make sure that no other countries surpass it and gain the ability to treat America the way America treats other countries."https://t.co/AVJoxuLOSq

But the end goal is the same as that of a conventional world war: to beat the other side into submission and compliance. And, in this case, absorption into the imperial blob. After the fall of the Soviet Union, the prevailing orthodoxy in U.S. power structures became that the U.S. must maintain unipolar hegemony at all cost to maintain a “liberal world order” (even if it means abandoning “liberal” values whenever it’s convenient). From that point on the agenda has been global domination and the slow, suffocating subversion of anyone who gets in the way.

Point 2: Propaganda is used to move this world war along.

In a conventional war each side has clear military objectives that everyone understands, and the weapons are naturally moved around in accordance with these objectives. In this weird slow-motion world war, nobody understands what’s going on besides the major power players and those who are paying very close attention. The various agendas against the governments of Iran, Venezuela, Russia, Syria, China etc appear different and unrelated when looked at individually, and indeed you will see different political factions supporting some of these agendas but not others. The only thing unifying this slow-motion movement toward the destruction and absorption of all unabsorbed nations is carefully constructed propaganda narratives.

The way these unifying propaganda narratives operate is simple. It would never occur to rank-and-file citizens that a nation on the other side of the planet that’s pretty much just doing its own thing needs to be sanctioned, subverted and brought to heel, so the imperialist oligarchs who own the political/media class make sure everyone is fed custom-made narratives according to their own ideological echo chamber to prevent any domestic inertia from being thrown on these agendas. Once there’s sufficient agreement that Saddam/Gaddafi/Morales/Assad/Maduro/whomever must go, the campaign to subvert, sabotage and absorb that government can safely be escalated.

If you can understand points one and two, you can understand everything that’s happening with China, and everything that will continue to happen. Propaganda narratives will be rolled out with increasing aggression which have the long-term goal of alienating China from its allies, hurting its economic interests, and preventing its rise to true superpower status and creating a multipolar world.

And the funny thing is, none of this is necessary. Westerners have been deliberately propagandized into believing that China wants to take over the world and will do so unless kept in line by the United States, who has surrounded China with military bases in an act of extreme aggression that the U.S. itself would never tolerate from any unabsorbed government. But if you really grill people on how they know that China wants to take over the world, you’ll find they don’t have any substantial evidence for it.

They’ll tell you that China has an authoritarian government which persecutes ethnic and religious minorities, wrongly claiming that this means they want to take over the world and inflict the same on everyone else. They’ll tell you China has sought to expand control over some directly adjacent territories, wrongly claiming that this means they want to dominate the planet militarily like the U.S. currently does. They’ll cite evidence which shows China is seeking to become a superpower and create a multipolar world (something China openly admits) and wrongly claim that this is proof that they are seeking to dominate the world with unipolar hegemony. They won’t be able to produce any actual, hard evidence that China is trying to take over the world and censor your internet and take away your rights, because no such evidence exists. It’s a completely empty belief arising from aggressive narrative manipulation.

“One myth I think really that needs to be dispelled is that somehow China is aiming to replace America and going to run the world, and it’s not,” said Chinese venture capitalist and social scientist Eric Li on the John Pilger documentary The Coming War on China.

First of all, the Chinese are not that stupid. The west, with its Christian roots, are about converting other people into their beliefs. The Chinese are not about that. It’s just that–again, I’m not degrading the western culture, I’m just pointing out the inherent nature, the DNA of two different cultures–the Chinese two thousand years ago built the Great Wall to keep the barbarians out, not to invade them.

I’d say this is a reasonable summary. After European nations tried to conquer the planet just a few generations ago in the name of spreading Christianity and “civilization”, we’re projecting our sick vestigial colonialist values on a nation whose culture never drove it to such madness.

Violently dominating the entire planet for all eternity on the vague suspicion that another country wants to do the same to you is not sane, and is not an option. Unabsorbed nations should be allowed to remain unabsorbed, absorbed nations should have their sovereignty restored (or in Australia’s case granted to it for the first time since its existence as a nation), and America should begin acting like a normal country. The notion of “pre-crime” is the purview of dystopian horror fiction when applied to individual people, and there’s no reason we should find the prospect of attacking and destroying for hypothetical future offenses any less insane on an international scale.