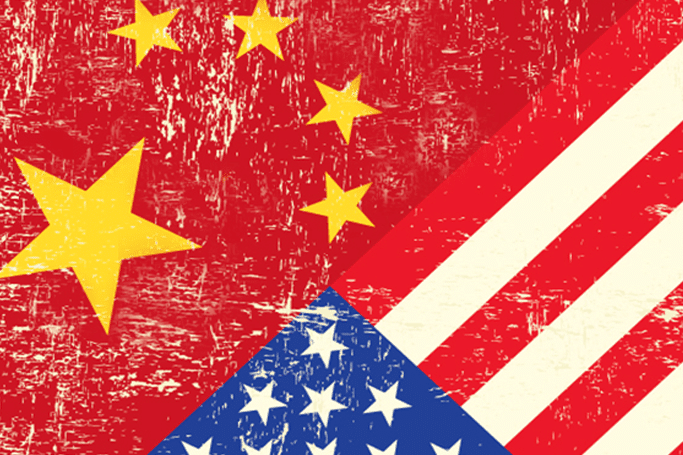 In Washington Post reporter Bob Woodward’s new book, Rage, he reports on interviews he did in February and March with U.S. President Donald Trump about the coronavirus. Trump admitted that the virus was virulent, but he decided to underplay its danger. “I wanted to always play it down,” Trump said, “because I don’t want to create a panic.” Despite months of warnings from the Chinese authorities, Trump and his health secretary Alex Azar completely failed to prepare for the global pandemic.

Meanwhile, in China, ever since the virus was crushed in Wuhan, the government merely has had to contain small-scale localized outbreaks; in the last month, China has had zero domestically transmitted COVID-19 cases. Martin Wolf wrote in the Financial Times on March 31 that China was successful in “bringing the disease under control in Hubei and halting its spread across China.” There was never a pan-China outbreak. It is more accurate to call it a Hubei outbreak.

While Trump lied to his own citizens about the disease, China’s president Xi Jinping said that his government would be “putting people first.” China hastily subordinated its economic priorities to the task of saving lives.

As a consequence of a science-based approach, China’s government broke the chain of infection very quickly. By early September, this country of 1.4 billion had 85,194 COVID-19 cases and 4,634 deaths (India, with a comparable population, had 4.8 million cases and 80,026 deaths; India is losing more lives each week than the total deaths in China).

The United States, meanwhile, has suffered from 198,680 deaths and 6.7 million cases. In absolute numbers, the U.S. deaths are about 43 times China’s and the case number is about 79 times higher.

The U.S. government, unlike the government in China, hesitated to properly craft a lockdown and test the population. That is why, in per capita terms, U.S. deaths are about 186 times higher than those in China and the cases are about 343 times higher.

Trump’s racist attempt to pin the blame on China is pure diversion. China contained the virus. The U.S. has totally failed to do so. The enormous number of U.S. deaths were ‘Made in Washington,’ not ‘Made in China.’

In the first quarter of 2020, the Chinese gross domestic product (GDP) fell by 6.8 percent compared to a year earlier. Due to the fast elimination of domestic transmission of the virus, economic recovery in China has been rapid. By the second quarter, China’s GDP has been up 3.2 percent compared to the same period in 2019. The International Monetary Fund projects that China will be the only major economy to experience positive growth.

How did China’s economy rebound so fast? The answer is clear: the socialist character of the economy. By July, China’s state investment was 3.8 percent above its level of a year ago, while private investment is still 5.7 percent below 2019. China has used its powerful state sector to boost itself out of recession. This illustrates the macro-efficiency of the state sector.

In mid-August, the Communist Party of China’s theoretical journal Qiushi (Seeking Truth) published a speech by Xi Jinping, in which he said, “The foundation of China’s political economy can only be a Marxist political economy, and not be based on other economic theories.” The main principles of this are “people-centered development thinking.” This was the foundation of the government’s response to the pandemic and the economy in its context.

Trump, meanwhile, made it very clear that his administration would not conduct anything near a national lockdown; it seems his priority was to protect the economy over American lives. As early as March, when there was no sign that the pandemic could be controlled in the United States, Trump announced, “America will again and soon be open for business—very soon.”

Disaster in the United States

Inefficient policies in the United States resulted in runaway COVID-19 infection rates. The basic protocols—masks, hand sanitizer—were not taken seriously. And the impact on the U.S. economy has been catastrophic.

The U.S. made it clear that it was not going to pursue anything near a people-centered approach. Trump’s entire emphasis was to keep the economy open, largely because he remains of the view that his election victory will come via the pocketbook; the human cost of this policy is ignored. The U.S. only had half a lockdown, and little testing and contact tracing.

The GDP of the United States in the second quarter fell by 9.5 percent as compared to a year earlier. There is no indication of strong improvement. The IMF estimates that U.S. economic contraction will be about 6.6 percent for the year. The “risk ahead,” writes the IMF, “is that a large share of the U.S. population will have to contend with an important deterioration of living standards and significant economic hardship for several years to come.” The disruption will have long-term implications. These problems are laid out clearly by the IMF: “preventing the accumulation of human capital, eroding labor force participation, or contributing to social unrest.” This is the exact opposite of the scenario unfolding in China.

It is as if we live on two planets. On one planet, there is outrage about the hypocrisy in what Trump said to Woodward, and outrage about the collapse of both the health system and the economy—with a harsh road forward to rebuild either. On the other planet, the chain of infection has been broken, although the Chinese government remains vigilant and is willing to sacrifice short-term economic growth to save the lives of its citizenry.

Trump’s attack on China, his threats to decouple the United States from China, his racist noises about the “Chinese virus”—all this is bluster designed as part of an information war to delegitimize China. Xi Jinping, meanwhile, has focused on “dual circulation,” which means domestic measures to raise living standards and eliminate poverty, and on the Belt and Road Initiative; both of these will lessen Chinese dependence on the United States.

Two planets might begin to drift apart, one moving in the direction of the future, the other out of control.