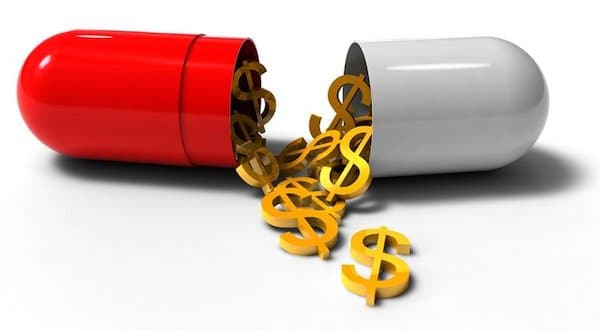 A second wave of the COVID-19 pandemic is sweeping across the world with countries reporting record daily case numbers and the World Health Organization (WHO) warning that the death toll could be much higher than during the first wave earlier this year.

Many countries that had emerged from stringent lockdowns over the summer months have reimposed restrictions to protect already stretched public health systems.

In the Dáil, answering questions on the imposition of Level 5 restrictions, Taoiseach Micheál Martin revealed that a third lockdown and further rolling lockdowns were all but certain to happen in 2021 and continue until a vaccine is found.

This response just confirmed what had already become clear–that in Ireland and across much of the advanced capitalist countries the political class has decided to put all its eggs into the basket of vaccine development, rather than elimination.

Elimination would require massive state investment in healthcare and hamper the profit-making abilities of big business. For billions of people across the globe, this means that all our futures are tied in with the development of a vaccine.

Testifying before the United States Senate Public Health Committee, Dr Peter Hotez of the Center for Vaccine Development in Texas commented that unless funding changes for health research and development, we will continue to be “fighting these outbreaks with one hand tied behind our back”.

Hotez and his research team spent more than a decade studying SARS (Severe Acute Respiratory Syndrome) in China and MERS (Middle-East Respiratory Syndrome), two diseases from the coronavirus family that had the potential to become global pandemics but were regionally contained.

He believes they developed a vaccine against these diseases, which could have potentially been further developed to provide cross-protection against COVID-19. However, the vaccine has been sitting in a refrigerator for more than four years because funding to continue their research dried up.

Once the diseases had been regionally contained and the opportunity to make massive profits disappeared with it, there was no incentive for major companies to continue to invest in the research, despite the potential public health benefits. Small groups of people on the boards of Big Pharma decided to tie one hand behind our back because it was more profitable for them.

There is no guarantee Hotez’s vaccine would have worked, but this example demonstrates that public health research and product development is not best served through private ownership of research, production and distribution by Big Pharma.

Big Pharma looking for the next big payday

For Big Pharma, the old adage of “never let a crisis go to waste” holds true. Despite the human suffering caused by COVID-19, the worse the crisis gets, the more lucrative the potential payoff for them. At the end of the day, like any other private company, they are balance sheet managers, interested only in what can produce the greatest profit, they just happen to make pills and medicines. Improving people’s health is not the goal, just a route to it.

The pharmaceutical industry is estimated to be worth more than €1.2 trillion a year and is dominated by a relatively small number of companies, many of which are based in Ireland.

Currently, these companies and others are in a “race” to find a COVID-19 vaccine–but the race isn’t against the disease, it is against each other to develop one first.

The madness of this approach means that teams of scientists are working separately rather than together–locking their potentially life-saving research and discoveries away from each other to protect the potential profits of their bosses while the disease rages on. Any vaccine or treatment developed will be patented and become the company’s intellectual property.

There are any number of examples of new medicines or treatments which pit public health against the private profits of Big Pharma. Recently, the drug Remdesivir, produced by Gilead, was approved as a treatment for COVID-19 in the US. It costs US$9 to make but is sold for US$4000 to patients.

Similarly, exorbitant prices are charged for drugs to treat HIV/AIDS. These astronomical prices mean patients can’t afford the treatment they need, and public health services, such as Ireland’s health service (HSE) or England’s National Health Service (NHS), are forced to ration the drug or select the ”most deserving” patients.

Big Pharma argues they need prices like this to incentivise development of new treatments, but really it’s just to boost profits.

When the HSE agreed to purchase the drug Orkambi following a public campaign by Cystic Fibrosis sufferers, the profits of producer Vertex Pharmaceutical Ireland skyrocketed by 46%. Developing new research and products isn’t really at the core of what Big Pharma does, because it is expensive and could fail.

A study by the California Institute for Health and Socio-Economic Policy found that 64 of the top 100 pharmaceutical companies spent twice as much on advertising as they did on new research, while 27 companies spent 10 times as much.

This demonstrates how the pursuit of profit holds back innovation that could improve the health of people across the world. They would rather spend money advertising profitable medicines than develop new ones.

Often much of their research is spent on already existing, profitable drugs, which they make slight tweaks to so they can extend the patent.

Two-thirds of all spending on health research is publicly funded and carried out by research teams like Hortez’s in public universities. Not all research will result in a major new find or innovation, but this “basic research” can advance medical knowledge and lead to innovations further down the road. However, if research is successful, Big Pharma will simply buy the research, create the product and seek a patent so they have exclusive rights to profit from it.

Between 2010 and 2016, every new drug approved in the U.S. had been funded by the state (totalling $100 billion of public money) before being patented by companies.

Despite the public funding the development of the treatment or drug, once the company gets a patent the public is forced to pay again simply for access to it. The risk and cost of the research is paid for by the public, while the profits only benefit the companies.

The exact same process is now underway in developing a COVID-19 vaccine. Governments around the world are engaging in public-private partnerships with Big Pharma. The public are funding the research and development of a vaccine in return for a limited number of doses or shots in return, the remainder required to vaccinate the population will be bought at market rates.

In the US, “Operation Warp Speed” has seen $10 billion in public funds ploughed into the development of eight different vaccines. In Britain, billions have been given to six different companies, while the European Union has engaged in a similar project.

A vaccine for people not profits

One of the most successful vaccines of recent decades was developed to treat polio. During the mid 20th century polio epidemics caused thousands of deaths and paralysis.

Rather than relying on and being at the mercy of the private sector, nation-states mobilised huge resources–both financial and human–to research, develop and test a polio vaccine. When the vaccine was developed, a mass public campaign of vaccination was rolled out in an attempt to eradicate the disease.

The vaccine, despite an estimated worth of $7 billion, was not patented, with inventor Jonas Salk declaring that it was owned by “the people”.

This approach, though not perfect, is an example of an alternative to the current situation which has resulted in the development of COVID nationalism as capitalist governments have each retreated into the nation state rather than working for a coordinated global response.

In some ways, humanity is lucky this pandemic has a relatively low mortality rate across the population as a whole and in many cases can be treated. In this era of new pathogens and viruses–more likely to emerge because of environmental destruction–we might not be so lucky next time.

The warnings from this pandemic need to be taken on board, society needs to be re-organised so that the huge wealth and resources at humanity’s disposal are developed for the public good rather than the profits of major corporations.

[Abridged from Rupture–Ecosocialist Quarterly, published by members of RISE–Revolutionary, Internationalist, Socialist, Environmentalist.]
Monthly Review does not necessarily adhere to all of the views conveyed in articles republished at MR Online. Our goal is to share a variety of left perspectives that we think our readers will find interesting or useful. —Eds.