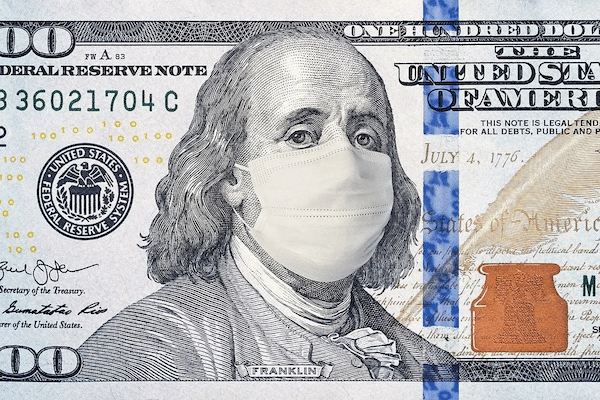 It Wasn’t 2020, It Was The Ruling Class Trying to Kill You

They Are Letting Us Die

The sick reality underlying the present situation of poor, working-class, African, and colonized people around the world is that the people who currently have the most power to address our circumstances also happen to be the least interested in our long term survival. A decision was made in the spring that the interests of capital should supersede all consideration during the COVID-19 pandemic–that the machine should not be allowed to stop. That the trains were to run, the planes were to fly, the shelves were to be stocked, and the people were to work.

What needed to happen here in the U.S. was the immediate implementation of a system of national healthcare, a campaign to guarantee widely accessible and free testing, and the deployment of a trained army of contact tracers tracking infections and helping people into paid, catered quarantines. There should have educational campaigns–not just television ads and official announcements but brigades of doctors, nurses, and medical students going door to door nation-wide, explaining the basics of the situation in language the people could understand just as Cuba was able to do. There should have been rent and bill freezes, massive free food distributions, and recurring monthly survival payments. There should have been a comprehensive long term plan to control the spread and make sure that people could stay home and social distance without bringing down economic and emotional devastation upon themselves and their loved ones. That is, of course, not what happened.

Instead of an actual plan, what we got were platitudes. What we got was bootstrap discourse from the tip-pity-top as a soundtrack to mask, medicine, food, and toilet paper shortages, anonymous corpses piled in refrigerated box trucks, rich people in heated patios terrifying waitstaff extorted into serving them, evictions, hunger, and poverty spreading like the red death, while COVID-19 infections ricocheted uncontrolled across churches, fast food restaurants, schools, and prison cells all over the country. In short, in the midst of deadly global pandemic that has gone on to cost hundreds of thousands of lives and make millions of people sick with unknown long-term consequences, the poor and working-class masses of people of the U.S. and capitalist countries around the world have been abandoned.

One important thing to understand is that the U.S. empire specifically had three months to prepare before COVID-19 crashed onto its shores. The empire, in fact, got–and squandered–an incredible head start. When the first cases were thought to be discovered in China, that nation moved decisively to contain the spread, identify the virus, narrow down effective treatments, and release the new pathogen’s DNA sequence for free to the world. It gave governments around the globe a fighting chance to prepare their people and their social and medical infrastructure for what was coming. It also made possible the production of every vaccine that has been developed to date. With China’s warning, some nations–like socialist Cuba, Vietnam, and Venezuela–sprang into action. Inoculated by prior experience with global pandemics and a civic commitment to the well-being of their populations, these nations organized comprehensive public health campaigns as well as lock-downs made possible by rent and bill freezes and door to door food deliveries. The poorest nations on earth, exploited and constantly attacked by Western imperialism, were nonetheless able to quickly develop plans to contain the spread and protect their people.

The capitalist nations of the world, like the U.S., Britain, Italy, and Spain, however, received China’s warning and pivoted smoothly and quickly into an all-out anti-China campaign, scrambling to lay blame as priority number one. When it came to the lives and survival of their population, they only developed the most anemic internal programs for handling what they knew was coming. There was lots of well-branded marketing speak about “flattening the curve,” lots of celebrity PSAs telling people to stay home, but little in the way of actual plans to help people. As one by one each of these nations succumbed to out of control outbreaks and the collapse of their basic infrastructure, it would later become clear that the virus had been in the West long before China had found its first cases, blame campaigns be damned.

Months before COVID-19 had killed hundreds of thousands of people, the world’s wealthiest nations, buoyed by a world’s worth of stolen resources and exploited labor at their fingertips, refused to act to save their own populations.

Another thing it’s important to understand is that trillions of dollars in survival aid has been distributed by the U.S. and other Western governments during this pandemic. There absolutely was a comprehensive program to ensure the survival of entities deemed a priority for capital. Those entities just weren’t the people gasping their last breaths in overflowing hospital hallways or staring down nine months in accumulated housing debt with no money for food or healthcare or a funeral. Instead, what the U.S. & Western capitalist governments prioritized was the facilitation of the single greatest transfer of wealth from the bottom to top that capitalism has thus far seen. Quite literally trillions of dollars in bailouts subsidizes, and lump-sum payouts for the largest and most parasitic and destructive industries, businesses, and corporations in existence, a process one Marxist economist has described as escalating plunder.

What has become clear as this pandemic escalates in scope and severity and elected officials in the U.S. become more and more openly useless while being more and more openly condescending is that the masses of oppressed and working-class people within these borders are entirely on our own. The people who we have, in many cases, selected to represent us within the institutions of the state and capitalism have made it clear that they do not prioritize our existence–that they can live with mass culling of thousands and thousands of us–as long as it means wealth and resources keep flowing upward into a few hands. Capital is always able to continue to expand and find new markets.

The propaganda war waged on colonized communities highlights the need to organize. Through mainstream media via the Black pundit class, the Black misleadership class, and Black celebrities, we are being walked into narratives that do not serve us. Not just the narratives that emphasize “personal responsibility” during a COVID-19 pandemic where the U.S. government has left its citizens for dead, but the narratives that are insistent on presenting the two electoral parties as distinctly different. Neo-liberalism is the core ideology of the democratic party and must be understood as a RIGHT-WING ideology. Grifting politicians and co-option of grassroots messaging have worked to deceive the masses of our people into believing that the democratic party can be or will ever be pushed into being a progressive party that welcomes progressive ideas. The democratic party can not and will not be a progressive party.

Since November 3rd, there has been no actual push for the man voted into the highest office to be the 46th president, although not promising constituents anything more than not being Donald Trump. The dust has settled from people dancing in the street in great relief because full-on fascist Trump lost and lesser-evil Joe Biden won. Yet, there’s been no evidence of Biden being willing to be shifted left or towards anything resembling progressiveness in these 30 days post-election day.

The post-election reactionary period is sustained by colonized people openly and proudly embracing their subordinate status as servants to white financial and corporate power. Despite those same powers blatantly and continuously stating there will be no significant changes in policies under Biden, colonized people are being swayed by identity reduction-ism, nonetheless. Most evident is Jim Clyburn’s call for more Black people in cabinet positions. The failure to scrutinize the weaponization of identity, as seen in Biden’s appointments, will ultimately harm working-class colonized communities. The Grayzone noted in November, “The appointments should provide a rude awakening to anyone who believes The Left could pressure the  Biden administration to move in a progressive direction, especially on foreign policy.” There should be much alarm around appointee choices that signal Biden will be “firmly insulated from any pressure to depart from the neoliberal status quo.” The danger we are facing is now when Biden holds any neocon position that benefits the military-industrial complex, as the years of Barack Obama’s presidency taught us, colonized people in the U.S. would ultimately support that position.

The ideological mystification of the democratic party as the savior of the colonized working-class masses hinders the intracommunal class struggle necessary for the fightback against the Black petite-bourgeoisie who are marshaling the people into supporting contradictory positions that pose real threats to our material reality. For instance, the Georgia run-off elections emphasize the necessity for a democrat majority in the House of Representatives. No one pushing the need for a Dem majority, however, finds any need to be critical of Reverend Raphael Warnock’s wholesale dismissal of “defund the police” and his decision to partner with Zionist group, Democratic Majority For Israel. Rev Warnock pledging allegiance to the apartheid settler nation while denouncing “de-funding” allows for the federal funding of programs like the Deadly Exchange to go unchallenged for the sake of holding a majority in Congress—or rather, sticking it to Mitch McConnell.

We are entering into a new year with the U.S. congress still undecided on whether to issue $600 or $2000 for citizens who are months into the COVID-19 pandemic. Of course, the one-time payment is an insult. Still, more importantly, it pales in comparison to the massive amounts set aside in the National Defense Authorization Act (NDAA) to ensure that a new warmongering cabinet keeps busy these next four years. Simultaneously, the Congressional Black Caucus (CBC) is collectively silent on everything but small Black business protections. For colonized people, a Biden presidency is nothing to celebrate when the war on working-class colonized communities continues with even greater intensity. Biden’s vision for his first 100 days exemplifies this point. The focus on prioritizing masks as a sole prevention measure, 100 million vaccinations, and reopening schools without contesting with the dire state of public schools even before the COVID-19 pandemic. Housing, Medicare For All, and monthly stipends are excluded from priorities.

The new year should prioritize organizing colonized people around political education to clearly understand and recognize the role of ideology and class interests. The Black Radical Left MUST do the work to assist the people who are and will be confused by the contradictory positions overflowing due to COVID-19 and a government determined to fail us. Joining an Organization should be a part of everyone’s New Year’s resolution.

NO COMPROMISE! NO RETREAT!