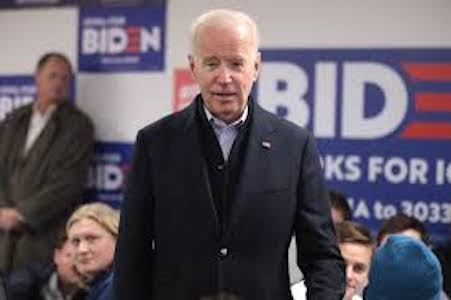 During Tuesday’s confirmation hearings before the Senate, nominees for positions in Joe Biden’s cabinet expressed their support for a tough stance on China.

Avril Haines, Biden’s pick for director of national intelligence, said she believes the U.S. should take an “aggressive stance” against Beijing. Haines said that as DNI, she will prioritize countering the threat of China’s “counterintelligence.”

Anthony Blinken, the nominee for secretary of state, said President Trump was right to take a hardline approach against Beijing.

“I also believe that President Trump was right in taking a tougher approach to China,” he said.

I disagree very much with the way that he went about it in a number of areas, but the basic principle was the right one, and I think that’s actually helpful to our foreign policy.

Biden’s nominee to head the Pentagon was also questioned by the Senate on Tuesday. Retired Army Gen. Lloyd Austin might have trouble securing a waiver from Congress to serve in the position due to his recent military service. Both Democrats and Republicans have voiced their objection to granting the waiver.

Another criticism of Austin comes from China hawks who don’t think he’s had enough experience dealing with Beijing or that he would be sufficiently hawkish enough when it comes to Asia. Austin did his best to tamp those fears on Tuesday.

“China is the most concerning competitor that we’re facing,” he said.

Their goal is to be a dominant world power. We have to make sure that we begin to check their aggression.

Austin promised to keep a “laser-like focus” on making sure the U.S. military maintains a competitive edge over Beijing.

Dave DeCamp is the assistant news editor of Antiwar.com