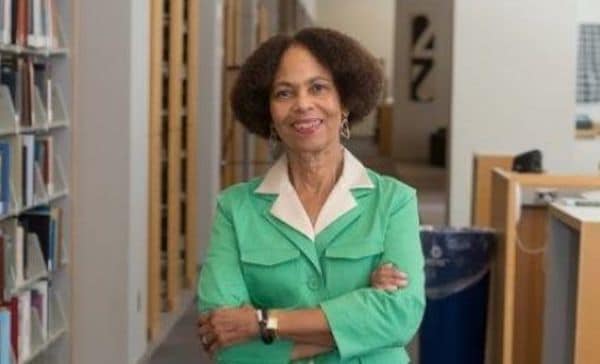 Leith Mullings, an anthropologist whose work on what she dubbed the Sojourner Syndrome created a baseline understanding of the “weathering” that the amplified stresses of race, class, and inequality have on African Americans, and in particular African American women, died of cancer on December 12. The former president of the American Anthropological Association and founding member of the Association of Black Anthropologists was 75.

Much of her early work centered on studies in the former colonial states of Africa, and resulted in her first book, 1984’s Therapy, Ideology and Social Change: Mental Healing in Urban Ghana. But her studies morphed over time to see how much of the resulting African diaspora in the colonizing and slaveholding nations, in particular the United States, fared.

In a 2002 article for Voices, a publication of the Association of Feminist Anthropology, Mullings described how she and a group working on an initiative for the Centers for Disease Control’s Division of Reproductive Health were studying how African American women fared worse in birth outcomes than White women regardless of their comparative economic status or education level. “For the CDC,” she wrote,

this was a departure from traditional ways of thinking about racial disparities in heath and illness: the fact that African American women and men die younger, and have higher rates of morbidity and mortality for most diseases, than whites.

Trying to create a framework that would both resonate with a medical audience and represent the intersectional morass that would illustrate “the multiplicative effects of race, class and gender on the health of African American women, the researchers drew on the life of 19th century abolitionist Sojourner Truth.

“In many ways, Sojourner Truth personifies the resistance to the interlocking oppressions of race, class and gender that has defined black women’s existence for generations. Sojourner Truth, like many of the women we encountered in the study, assumed extraordinary responsibilities.” Mullings then quoted Truth’s speech at the 1851 Akron Women’s Convention, a speech which “embodied the findings of the research: the assumption of economic, household and community responsibilities that express themselves in family headship, working outside the home and the constant need to address community empowerment and in intersecting and overlapping gendered role responsibilities carried out in circumstances characterized by class exploitation, race discrimination and gender subordination.”

At the convention, Truth said:

Leith Patricia Mullings was one of triplets, born April 8, 1945, in Mandeville, Jamaica. In 1961, started studying nursing at New York’s Queens College before finishing the five-year program with a bachelor of science in nursing from Cornell University. In 1970, Mullings earned a Master of Arts and in 1975 a Ph.D. from the University of Chicago.

As a researcher, she began work in Africa with the study of religion, plural medical and the construction of personhood in postcolonial Ghana. Her work has since centered on inequality, its consequences and resistance to it in the U.S. and other regions across the globe. Through the lens of feminist and critical race theory, Mullings also employed community participation to study structures of inequality and resistance to those structures.

Examining race, racism and resistance in a global context, her 2005 article for Annual Reviews, “Interrogating Racisms: Toward an Antiracist Anthropology,” offers an extensive review of scholarship on racism and offers a framework for thinking about changing structures of racism in a global context. Mullings has written about the intersections of race, class and gender, as detailed in

In many of her books–On Our Own Terms: Race, Class and Gender in the Lives of African American Women; Gender, Race, Class and Health: Intersectional Approaches (co-edited with Amy Schultz); and Stress and Resilience: The Social Context of Reproduction in Central Harlem (co-authored with Alaka Wali)–she used intersectionality to explain how power differentials produce and reproduce health disparities.

Very sorry to learn of this news re: Leith Mullings … I was first introduced to her work after a conversation I had with Manning Marable, her late spouse … https://t.co/iLR4OhssJG

Mullings also had a longstanding interest in social movements. In October 1973, for example, she chaired the Continuation Committee at the 10th World Youth Festival and named sponsor of the National Anti-Imperialist Conference in Solidarity with African Liberation in Chicago. With her husband Manning Marable (who died in 2011), she compiled Let Nobody Turn Us Around: Voices of Resistance, Reform, and Renewal, a widely used text in African American studies as well as Freedom: A Photographic History of the African American Struggle. Her edited volume, New Social Movements in the African Diaspora: Challenging Global Apartheid was the foundation for her current projects.

We lost a giant yesterday with the passing of Dr. Leith Mullings. It was a privilege to take courses with her at the GC that pushed for a better world, always and in all ways. Her powerful life and work continue to light the way. https://t.co/e26zAwU57U https://t.co/Z3iGNsZI4A

Mullings’ research has been funded by the National Science Foundation, the Centers for Disease Control and Prevention, the Kellogg Foundation and the Wenner-Gren Foundation for Anthropological Research. She received the Society for the Anthropology of North America Prize for Distinguished Achievement in the Critical Study of North America and the French-American Foundation Prize: Chair in American Civilization from the École des Hautes Études en Sciences Sociales in Paris.

Leith Mullings (1945-2020) was simultaneously a towering presence in anthropology and a foundation builder whose intellectual project radiates through dozens of scholarly careers. pic.twitter.com/rZi1Ssieh8

At the time of her death, she was working on two projects: an ethnohistory of the African Burial Ground in New York City and a hemispheric initiative on racism, displacement and antiracist strategies among Afro-descendants and indigenous peoples.

RIP Leith Mullings anthropologist extraordinaire. Leith mentored generations of bipoc anthros @GC_CUNY & beyond & was a model of engaged scholarship. Her last work on comparative racisms across the Americas is a necessary read for all. Huge loss. https://t.co/aANwLVhECn pic.twitter.com/5A6maiEw9y

Kenalyn Ang is the social science communications intern with SAGE Publishing. She is also a communications student at the USC Annenberg School. Her research focuses on consumer behavior, identity-making and representation through the written word, and creative sensory marketing and branding strategies.